The surfers of South West of France must be wishing that February was the longest, not the shortest, month of the year. In Hossegor the month has seen an endless procession of big, clean and perfect beachbreak sessions.

After an epic run of swell in November, more normal winter patterns took over. December and January featured the regular winter storms that batter the Basque Coast. Huge swells and onshore winds meant the days of clean waves on the famous Hossegor beachbreaks became treasured possessions.

Then, with a shift in a very wobbly jet stream, the currents of fast-flowing, meandering air high above the Earth, everything changed on February 4. Spain, Portugal, and the south of France basked in an early spring warmth, while further south Greece and the Middle East were blanketed in snow. 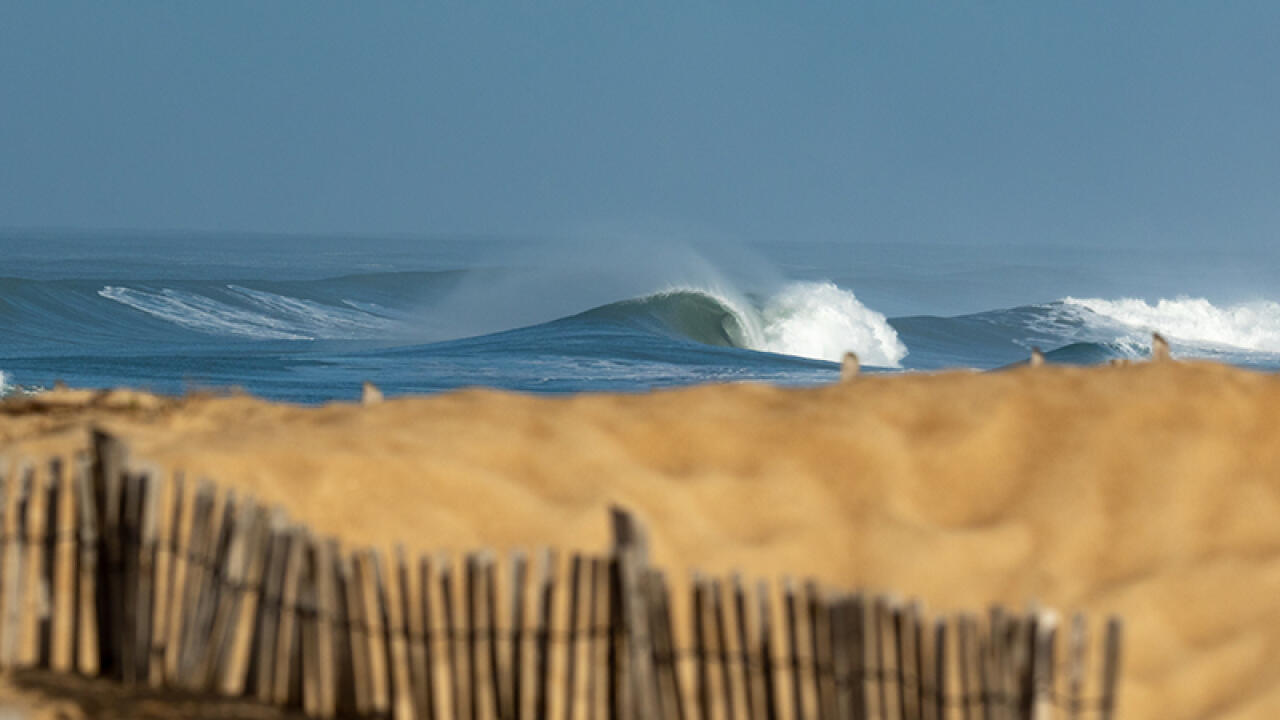 Hossegor as good as it gets. - WSL / RIPITUP

For the surfers of France, the warm weather meant a pattern of blue skies and easterly offshore breezes. However, the Atlantic didn't quite get the spring memo and sent in winter storm after winter storm.

"It's been an incredible run, maybe the best I've seen in 20 years," said RIPITUP's David Berthet, who has been on the beach every day filming all the action. "To have offshores like this is extraordinary in winter. Plus the swells have been coming from the preferred north-west direction, rather the normal west."

Most of the action has been centered at two banks at Les Cul Nuls. These break a little further out and with less predictability than Le Graviere located just to the south. This combined with the sheer size and power of the swell has made paddling the open shorebreaks of Hossegor almost impossible. But for the local standouts, equipped with jet skis, experience, and talent, it's been a month-long free-for-all.

Joan Duru, Marc Lacomare and Miky Picon have been the stand-out team. However PV Laborde, Rem Arauzo, Aritz Aranburu and Vincent Duvignac, to name a few, have also been stepping off into some of the throatiest caves seen in a long time.

February 14, though, was the day that saw undoubtedly the biggest waves ridden during the month. Heck, waves ridden by Joan Duru and Marc Lacomare, have a claim to be the biggest, or heaviest, ever seen on the stretch. Duru called his behemoth the best wave he'd had in France, which is no small claim.

The days after that massive day quickly became a blur as the weather patterns remained stable and the swell continued to pour in. Early on in month the crews were assembling at dawn to get their fill. Recently 9:00 am starts have become more commonplace.

"I've had some mornings watching an hour of absolutely perfect waves going unridden," says Berthet. "I was calling Marc Lacomare freaking out, and he was like, ‘Relax, it will be offshore all day.'"

This week though, on Tuesday 23, the swell dropped just enough for an epic paddle session. It was a typical La Graviere day, with diamonds to be found in amongst furious sweeps and unnameable closeouts. It took a special amount of barrel wrangling talent to find the exit. In that regard, there is perhaps none better than Joan Duru.

In between getting his DNA altered by the sheer amount of tube time, Duru has also been encouraging his partner Maud Le Car. The QS surfer has stepped up the plate, or ski, and ridden some of the biggest barrels of his career.

And the thing is, the pattern doesn't look like finishing anytime soon.

"Today is Friday and the surf is pumping," says Berthet. "And the forecast, if anything, looks better for the next week. It's like a dream, just one that never ends."