The ASP Big Wave World Tour (BWWT) is currently on Yellow Alert, as event organizers monitor a storm system headed for Cape Town, South Africa. A monster swell is charging up the Southern Hemisphere and the world's best big wave gladiators are preparing for the second event of the 2014/2015 season.

One of the three potential Southern Hemi events for the BWWT 2014/2015 season, the Dungeons Challenge is held at one of the tour's most unique waves. Taking stock of the storm, Gary Linden, ASP BWWT Vice President, shared some of the secrets of the break. 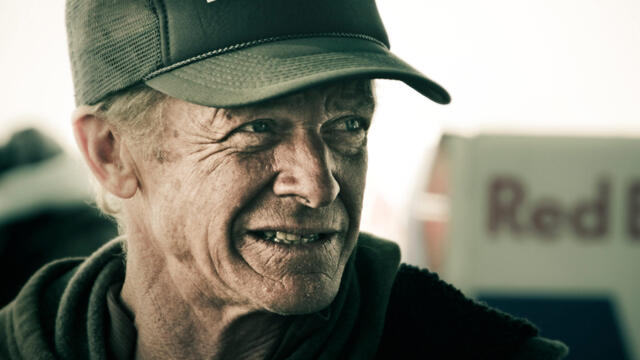 "Dungeons is a really unique wave," he said. "It's similar to Mavericks the way that it has a Harbor and a reef around the point at Hout Bay outside of Cape Town. The mountain chain empties straight into the ocean and the wave breaks off of a seal breeding ground called Seal Island. The channel is actually called Shark Alley!

"One of the tricky things about surfing Dungeons is that there are a series of islands out the back that deflect the swell, so the waves build, then drop and then jump up in front of you. It's a peaky wave.

"There are three main breaks at Dungeons: There's Grant's, (named after Grant Washburn), Middle Peak, and Insides, or 2.5. We call it 2.5s because if you catch a wave there you're not going to get a score higher than 2.5, but if an East Bowl lines up you can get an incredible one."

The Commissioner's Office has called off the Yellow Alert for the second potential BWWT event of the season.

The Inaugural Dungeons Challenge marks one of three Southern Hemisphere stops on the 2014 ASP BWWT.

The ASP BWWT travels around the world in 2014, through a potential six events and two hemispheres.