The World Surf League (WSL) North America Regional Qualifying Series (QS) 2021/'22 season awaits the opening horn at the men's and women's WRV Outer Banks Pro pres. by Pacifico QS 1,000. The region's top performers are in attendance and ready to vie for valuable points at one of the East Coast's premiere coastlines. 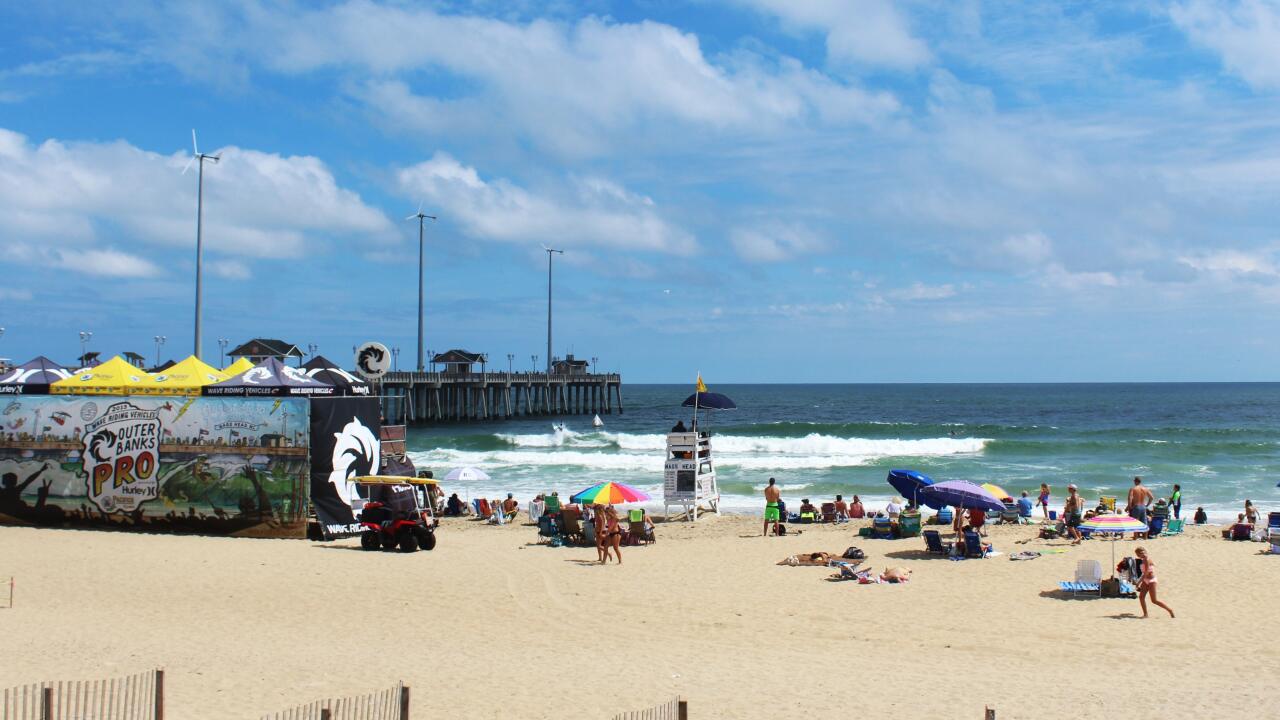 The backdrop of Jennette's Pier has provided the landmark for this event for the last eight years of WSL competiton. - WSL Some of the region's best women have arrived at Nags Head, North Carolina, for the third installment of their competition such as former CT competitor, Barbados' first at the elite level, Chelsea Tuach. The 25-year-old narrowly missed the cutline for her spot into the 2021 Challenger Series (CS) and looks to start her season on a high note over the formidable field.

"It's so good to be back here," said Tuach. "I haven't been here in a long time and I have such good memories of a family road trip, and also my first international events for Grom Search. I want it to be a fresh start and I feel good - have some good equipment and channeling that East Coast rhythm. I'm not feeling too much pressure. The last few events I haven't really got started and was eliminated early so I'm ready to to get going and change that." One of the East Coast's formidable men's talents on hand includes yearly CT qualification threat Evan Geiselman who will have to begin his chase for the Challenger Series starting on his home coast. The New Smyrna Beach, Florida, competitor frequents the Outer Banks on strike missions during storm season but hasn't put on the jersey at Jennette's Pier.

"I've never done this event and I'm super excited to get there and get going," expressed Geiselman. "This event always follows the Vans Pro and then we'd head to Europe so I'm stoked to finally get a chance to come here and compete. We come up to Outer Banks at least two to four times a year depending on swell and it's our pinnacle over on the East Coast - it's easily the most consistent for waves. We've got a good crew with me, my girlfriend, Cam (Richards), and Noah (Schweizer) so I can't wait." Carlos Munoz returns to the jersey with a fresh season to work with and all the Pura Vida. - WSL / Tony Heff

But Geiselman and fellow East Coast threats will face off against California's top up-and-coming competitors such as Crosby Colapinto, Cole Houshmand, Kade Matson, Jett Schilling, Tyler Gunter, Nolan Rapoza, and many more along with international contenders such as Carlos Munoz. Munoz, similar to Geiselman, has never ventured south from Virginia Beach, Virginia, to the Outer Banks and awaits his first chance in a new venue.

"I'm super happy for the start of a new season," exclaimed Munoz. "I've been competing for years now and it's amazing that I can still be going somewhere for the first time. I hear the waves are good and hoping to keep the momentum going from the last event in California. I saw the list of competitors for this one and it's going to be a level of competition all week."

Dylan Hord Set for WRV Outer Banks Pro pres. by Pacifico
0:34
The Californian got his reps in ahead of the Outer Banks with his first-ever contest win at the 59th East Coast Surf Championships.

Some competitors such as Burke, Luke Gordon, Stevie Pittman, Owen Moss, and others have gotten their pre-event reps in at local events in Florida and Virginia Beach. Dylan Hord's first-ever contest victory came at Virginia Beach's 1st Jetty over the weekend and heads into the Outer Banks ready for the opportunity.

A 7:30am EDT call will determine a possible 8:00am EDT start for either men's or women's Round 1 action.