With the SLO CAL Open Pismo Beach presented by French Hospital Medical Center returning to action January 27 - 30 comes a plethora of talents from across the North America region. In that region, competitors residing in mainland USA and Canada, the Caribbean, and Central America all gather to vie for valuable points toward Challenger Series rankings.

A 96 men's format and a 40 women's format leaves plenty of space for an array of talent in both fields ready to put their bid in for 1,000 points. Here's just a shortlist of what you can expect to watch LIVE from Pismo Beach this weekend.

A deep field of men's competitors descends upon Pismo Beach with the likes of former Championship Tour (CT) competitors Brett Simpson and Nathan Yeomans at the helm in terms of experience. Simpson's runner-up performance last time around in 2020 showed he's lost none of his potency while one of North America's most winningest surfers on the QS, Yeomans, can still throw it to the best up-and-comers.

The women bring their own former CT surfers to the mix with the highly decorated Sage Erickson joining competition alongside fellow former CT competitor and QS warrior Chelsea Tuach.

See How Sage Erickson Went Beyond Herself To Win The 2019 Vans US Open Of Surfing
7:45
Reflecting on life outside of competition, Erickson describes the emotions around dedicating this win to her late grandmother.

Arguably one of the East Coast's most consistent competitive surfers on the QS, Evan Geiselman leads the likes of fellow Floridians Chauncey Robinson and Ryan Huckabee along with fellow QS veteran and East Coast representative Cam Richards. Richards comes into the event with the No. 1 seed based on his 2020-21 regional ranking and hopes to eclipse his equal 17th from the Outer Banks right away but Josh Burke looks to cement his place within the Top 9, bringing his veteran competitive knowledge to the arena.

A Look Back: Caitlin Simmers' First QS Win
0:54
The Oceanside, California, competitor lit up Huntington Beach to overcome Sawyer Lindblad in a stacked Final and claim her first QS victory.

The future of surfing belongs to tomorrow's rising stars and the North America regional women's contingent are aplenty in that regard.

After turning down the opportunity to compete among the world's best, 16-year-old Caitlin Simmers comes to Pismo looking to keep her skills sharp. Fellow teenagers already proven against some of the world's best such as current North America No. 1 Alyssa Spencer, 2018 event winner Kirra Pinkerton, and recent CT qualification threat and defending event victor Sawyer Lindblad. 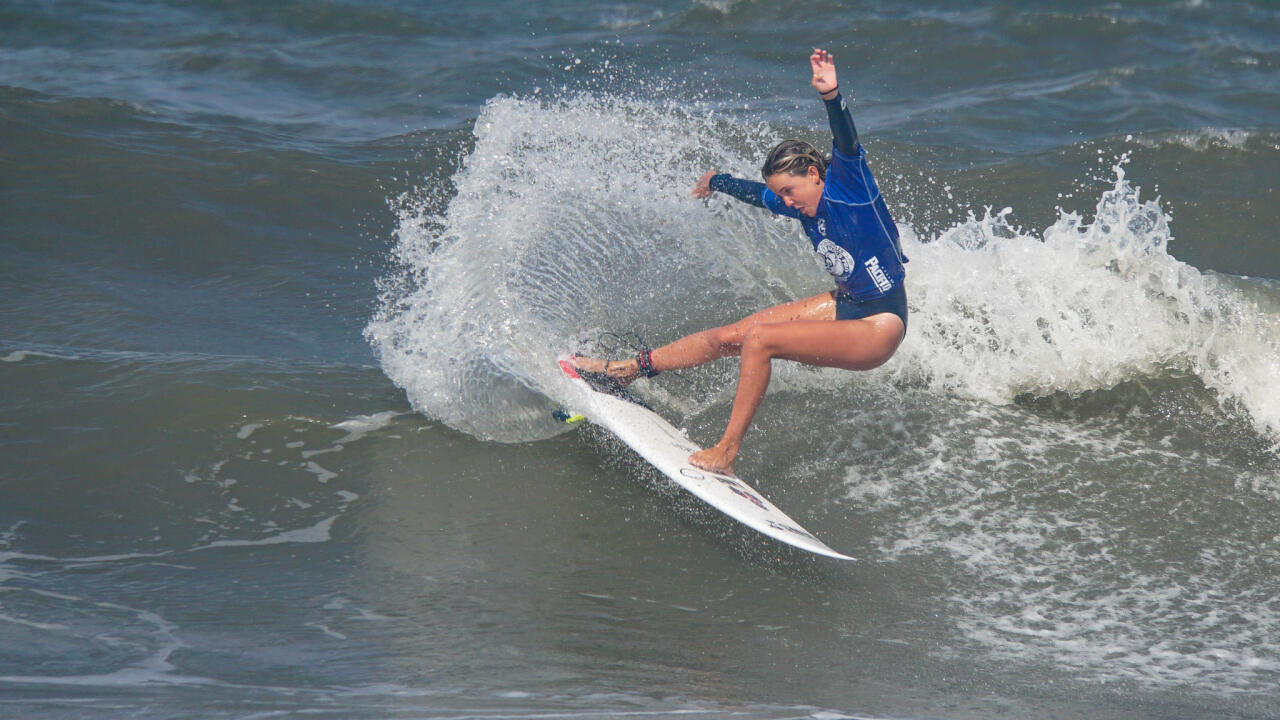 Bella Kenworthy has shown herself capable of being consistent toward making finals day. - WSL / Andrew Nichols

But, they will have to face emerging threats such as Bella Kenworthy, Zoe Benedetto, and proven competitors including the likes of Izzi Gomez, Autumn Hays, and 2021 Olympian Leilani McGonagle.

Watch all these competitors and more LIVE beginning January 27 - 30 at www.WorldSurfLeague.com.