Finals Day is locked in at the World Surf League (WSL) Vans Pro, Stop No. 2 of the North America Qualifying Series (QS) 2022/23' season, after an electric moving day of competition. An uptick in swell provided clean, two-to-three foot opportunities and those in position were rewarded heavily. Both the men's and women's Semifinal draws are set and competition witnessed head-to-head duals for the first time in Virginia Beach since 2012 starting with today's Quarterfinals.

One of 2022's in-form competitors Jett Schilling brings the confidence he's garnered from the Challenger Series back to QS competition in great fashion. The 19-year-old's powerful backhand led to a one-sided affair against event standout Jabe Swierkocki, who required a near-perfect score to overtake Schilling's 15.33 (out of a possible 20) heat total when the horn sounded. Now, Schilling prepares for his second QS Finals Day of 2022, his fourth in overall WSL competitions. (Full interview in video above)

"It would mean a lot (to win this event," said Schilling. "I'm just so stoked to keep going and feel like everything's working right now. Hopefully can keep it going into finals day and take it out." Costa Rica's Tomas King is back from his hiatus of competitions and flourishing. - WSL / Andrew Nichols

Costa Rica took Virginia Beach by storm and Tomas King now takes on Finals Day in hopes of making himself and his compatriots proud. King smashed his way over former event victor, hometown hero, Michael Dunphy in their Quarterfinal battle after winning his Round of 16 affair earlier in the morning. The former QS warrior hasn't competed in a WSL event since the beginning of 2020 and brings the fire back to the jersey.

"I made the Semifinals last time I was here and this time it's one-on-one so there's more points which is really exciting," said King. "It's a different strategy, but I don't know I've just had a connection with these waves this week. I've had all my friends here like Malakai (Martinez), Esteban (Chavez), and Leilani (McGonagle), and all the Costa Ricans have been so supportive. It's been a world of difference and I'm hungry for more." After her breakthrough year to finish 2021, Sawyer Lindblad (USA) remains at the forefront of everyone's radar. - WSL / Andrew Nichols

Another jaw-dropping performance from 16-year-old Sawyer Lindblad garnered her an additional excellent heat total of 16.33 and near-perfect single-wave score, an immaculate 9.33 (out of a possible 10). Lindblad's decimating backhand continues to provide her the magic she needs, this time taking down former Championship Tour (CT) surfer Chelsea Tuach, as the current North America No. 1 and now sets up for a massive finish to the first QS 3000 of the year.

"I feel like everything is finally clicking after last year and only getting a lot of good-range scores," said Lindblad. "I'm really happy the hard work is paying off. It's giving me a lot of confidence, just surfing some heats and getting some momentum for the rest of the season and the Challenger Series."

A critical day decided women's Semifinalists and Alyssa Spencer, one of the most winningest modern era WSL women on the East Coast, added another finals day appearance to her resume. The 2021 Championship Tour (CT) qualification threat continues to show her dominance in the region, notching a 15.93 heat total over an in-form Leilani McGonagle. Now, the 20-year-old hopes to add her name to the history books of Virginia Beach competition. (Full interview in video above) 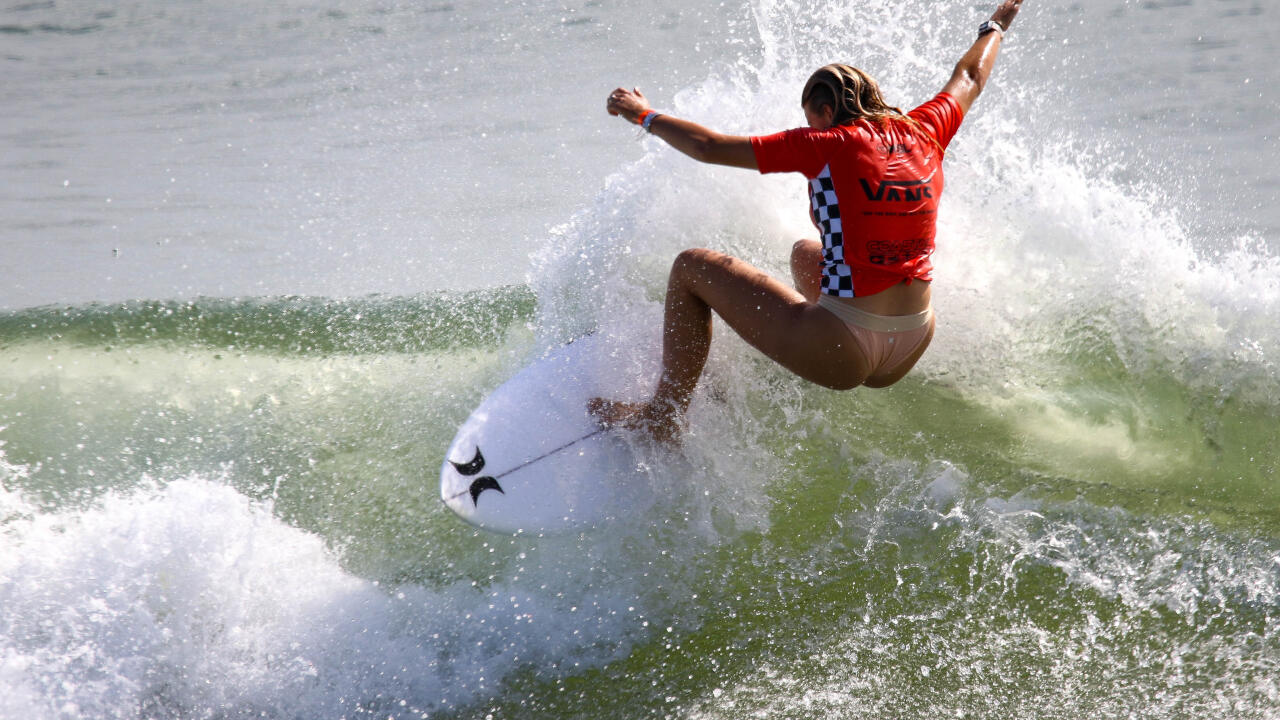 Kirra Pinkerton is looking for a second East Coast QS Finals appearance and has her shot with a Quarterfinal win putting her in Finals Day. - WSL / Andrew Nichols