Conditions improved on Friday for continuation of the World Surf League (WSL) Circuito Banco do Brasil de Surfe Men's and Women's QS 1000 at Praia de Itamambuca, in Ubatuba, Brasil. Matheus Navarro (BRA) set the new event record with a 9.17 and a 9.00 for an 18.17 heat total. Navarro, Mateus Sena (BRA), Gabriel Klaussner (BRA) and Igor Moraes (BRA) are all still in the running for the Wildcard invitation to the Brazilian stop of the Challenger Series in November.

"We don't always get the chance to have an excellent scoring heat. I had two 9's and an 8 in that heat, and without a doubt, this is one of the best boards I've had in the past few years," said Navarro. "My family and I have been going through some tough times. My grandmother has been in the ICU, so today's performance is dedicated to her." 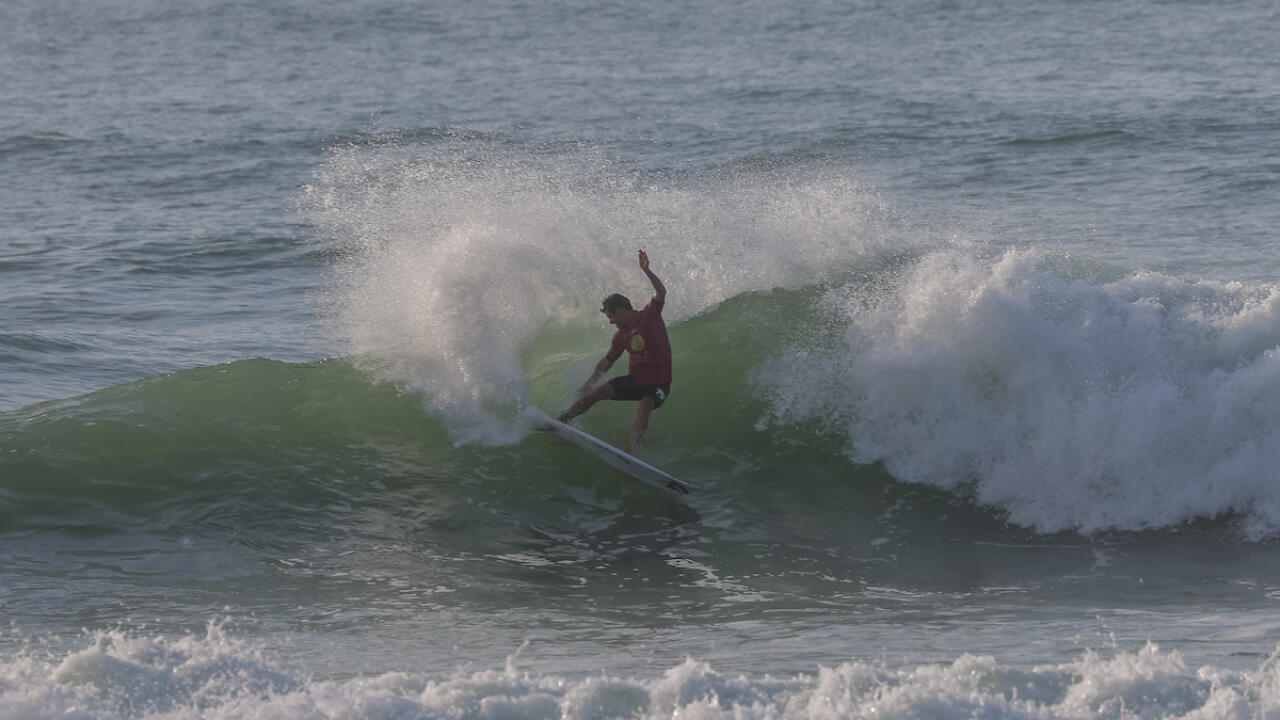 Matheus Navarro (BRA) advanced into the Round of 16 at the Circuito Banco do Brasil de Surfe in Ubatuba, Brazil. - WSL / Daniel Smorigo

Navarro displayed a full-array of progressive maneuvers to earn his high scores on righthanders in clean 3-to-4 foot waves at Praia de Itamambuca. He began the day eliminating the current Circuito Banco do Brasil de Surfe rankings leader, Heitor Mueller (BRA). That left the door open to see who will earn the Wildcard invitation for the Corona Saquarema Pro presented by Banco do Brasil Challenger Series in November.

Another standout on Friday was Mateus Sena, who is recently coming from a contest victory at the Pan-American Games held in Panama. He began the day with a 9.00 and an 8.00 for a 17.00 total in Heat 12 of the Round of 64.

"I'm super stoked with this heat win today," said Sena. "I'm coming from a big win at the event in Panama and that keeps me extra motivated to do well here. I feel like when you start a contest well, it gives you added confidence to do well and that's what I'm hoping to do." 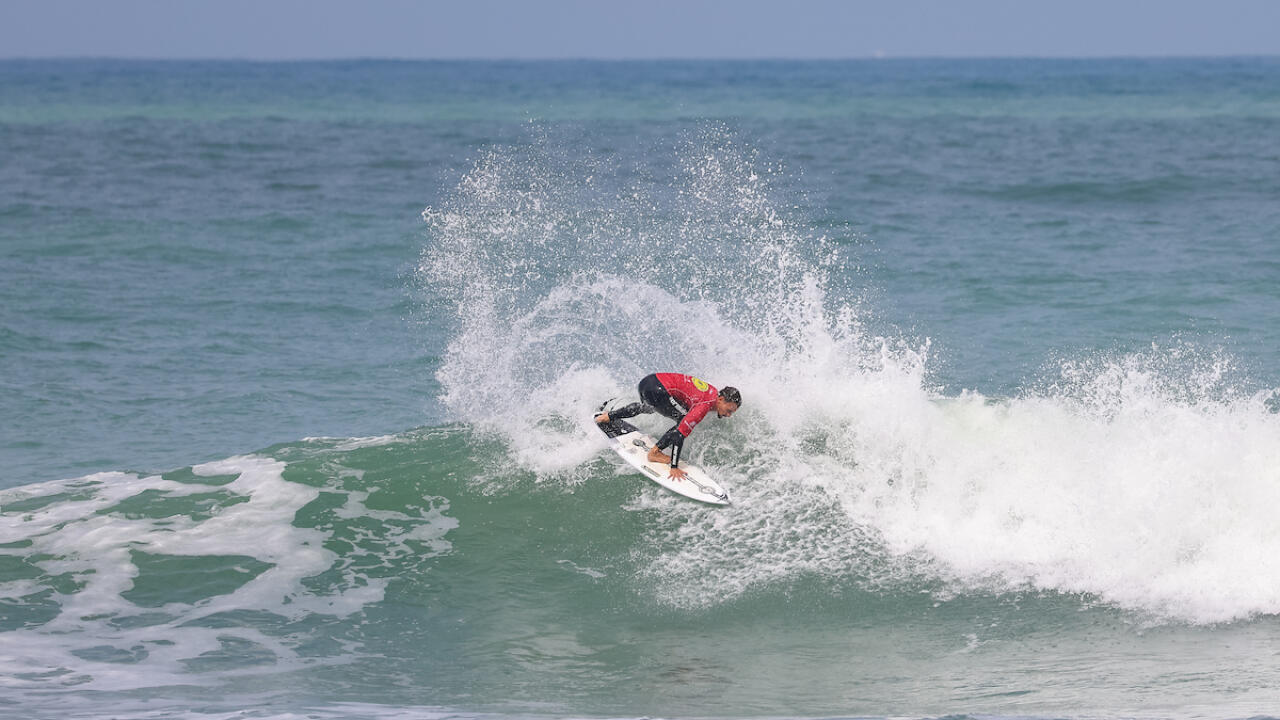 Ryan Kainalo (BRA) had the potential to win the Circuito Banco do Brasil de Surfe series but was eliminated in Itamambuca. That provided an opportunity for Gabriel Klaussner (BRA) to take the lead after advancing into the Round of 32.

"I didn't do too well in that heat, but luckily I did enough to advance into the next round," said Klaussner. "Now I'm one step closer to getting into the Challenger Series in Saquarema. I know there are other competitors that are still in the race, but as long as I do my best in the water, I have a good chance." 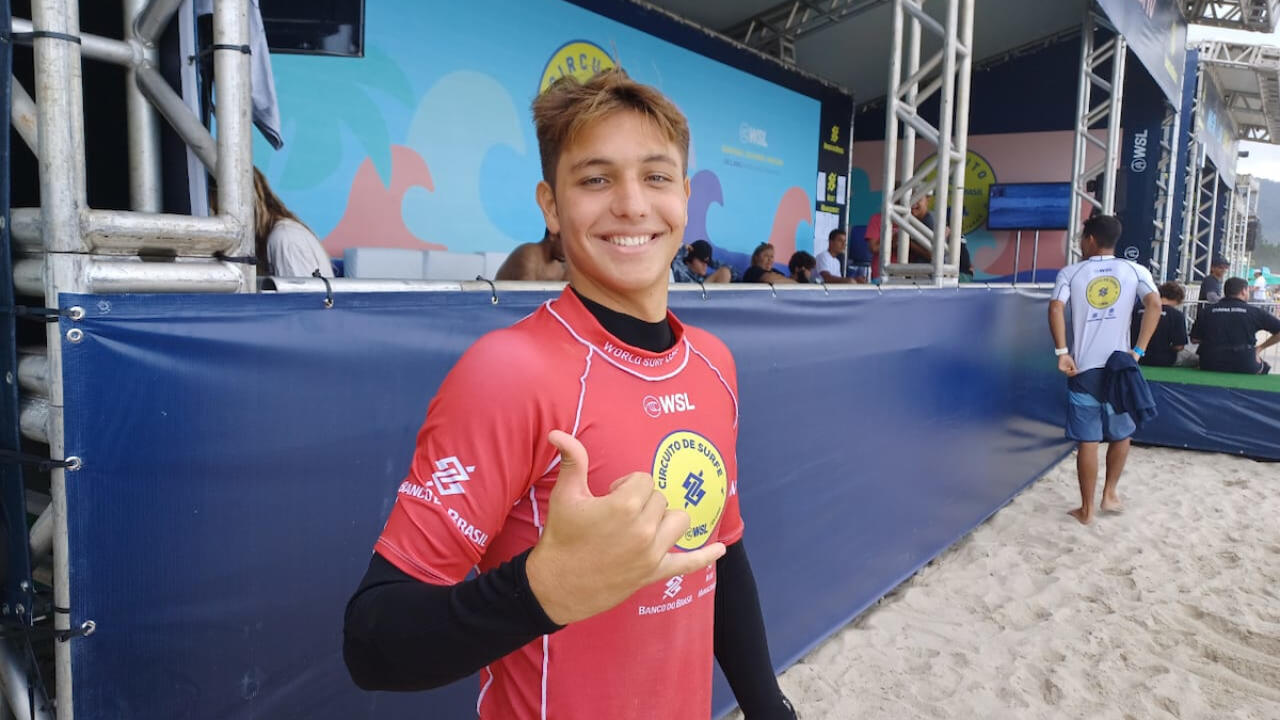 The World Surf League's focus on a legacy of sustainability and environmental awareness has been an essential aspect of the Circuito Banco do Brasil de Surfe. On Friday, schoolchildren from Itamambuca alongside members from SAI (Sociedade Amigos de Itamambuca), APAE, the local surf association, plus WSL staff and athletes gathered for a native vegetation planting to help reinforce one of the most pristine areas of the Brazilian coastline at Praia de Itamambuca.

Silvana Lima (BRA) was on hand for the ceremony and has participated in a variety of sustainability projects throughout her career. "I've taken part in these types of activations all around the world and they've all been unforgettable, but to take part here in Brazil at such a beautiful place makes it even more special," said Lima.

The biologist/agronomist responsible for the project, Luis Gustavo Dal Fabbro, along with local environmental activist Dado Villas Boas, have spearheaded the efforts for preservation along the Ubatuba coastline.

"It's so important to have the school children, local community and the WSL here," said Dal Fabbro. "Firstly, to educate them on the importance of preservation and secondly to maintain the rare native vegetation and provide a legacy not for just the immediate region, but as an example for future generations as well." A call is set for 8:00 AM (GMT-3) for continuation of the Circuito Banco do Brasil de Surfe and will see local surfer Wiggolly Dantas (BRA) matchup against Hugo Amparo (BRA), Rickson Falcão (BRA) and Lucas Rosário (BRA).