After a weekend of solid waves at Hossegor, the Quiksilver Pro France is on a lay day, with new swell predicted for later this week.

â€œTough conditions this morning,â€ ASP Commissioner Kieren Perrow said. â€œWe still have swell on offer, but the wind really isn't cooperating for us. We'll be back tomorrow morning to reassess the forecast and what we have in front of us then.â€

According to Surfline, the official forecaster for the Quik Pro: "Another storm system will set up winds over the Labrador Sea... which would result in a reinforcing pulse of WNW swell." A closer look indicates a return to 6-foot faces and double-overhead surf setting up for the event's later rounds. (Read the full forecast.) 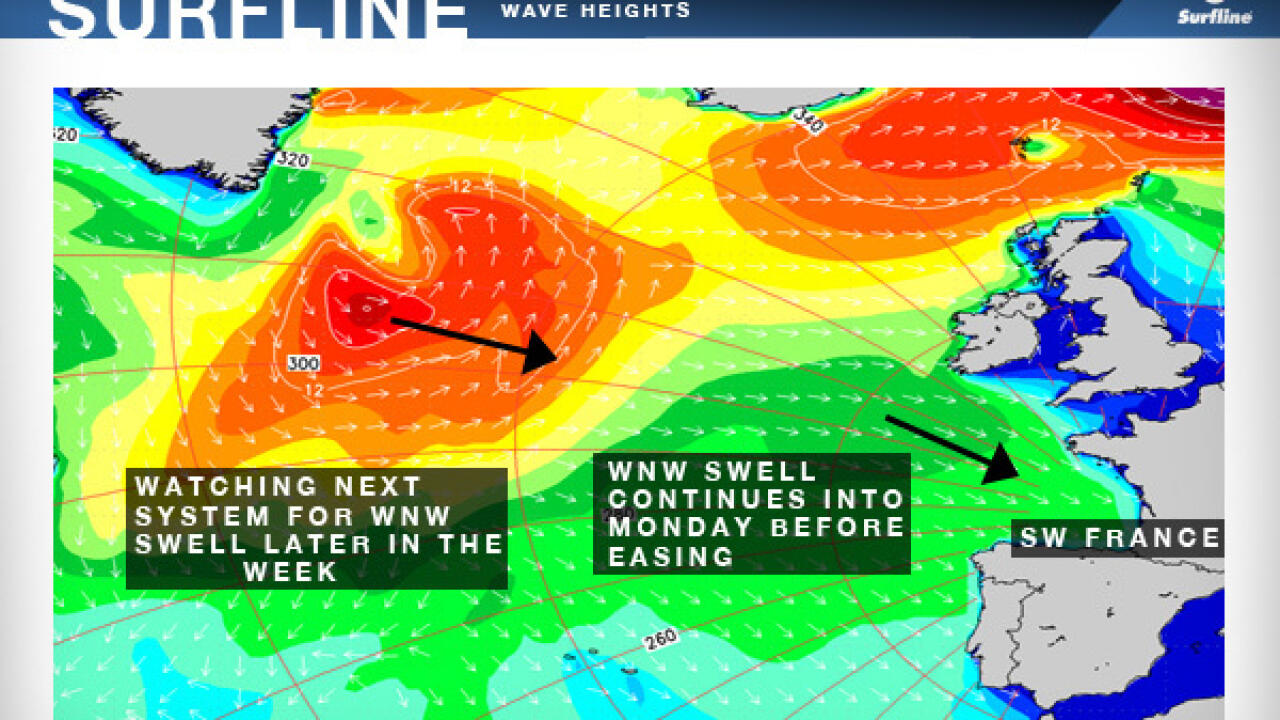 Surfline is predicting 8-to-10-foot faces by the end of the week. - WSL

Stop No. 9 of 11 on the 2014 Samsung Galaxy ASP World Championship Tour, the Quiksilver Pro France is a crucial event for surfers in the World Title race and for on-the-bubble competitors looking to requalify. A heated battle for the Championship is set to reignite as current World No. 1 Gabriel Medina (BRA) and 11-time World Champion Kelly Slater (USA) look to defeat Jeremy Flores (FRA) and Travis Logie (ZAF), respectively, in Round 3. Competition will resume with Australians Josh Kerr and Ace Buchan in the water for Round 3, Heat 5.

Event organizers will reconvene Tuesday at 7:30 a.m. local time to assess conditions and make a call for the day. Tune in to Dawn Patrol for expert analysis and the official call. The event window for the Quiksilver Pro France is September 25 through October 6. Watch LIVE and DVR on the event site or on the ASP YouTube channel.