Chelsea Williams (Gold Coast, QLD/AUS) fought her way to the top of the podium at Riyue Bay for the inaugural event in 2011, finishing second in the world that year after a two event championship tour. Williams also finished second the past two years at Riyue Bay, but after a win at the Taiwan Open of Surfing Longboard Qualifying Series (LQS) event last week she's in great form heading into the sport's most important event. Chelsea William will be one to watch at the business end of this year's GoPro WLC China. - WSL / Will Hayden- Smith

â€œIt was good to have the Taiwan Open as preparation for China,â€ Williams said. â€œIt's good to get the feel of competitive surfing again and get in the right head space. I get to take away things that I need to work on in the break between which is an advantage I think. I like the wave in China, firstly because it's a left and secondly because it has different sections and you get show your full repertoire.â€

Nic Jones (Sunshine Coast, QLD/AUS) qualified for the WLC last year, but lost out in a fiery Round 2 battle and has been given an ASP Wildcard into this year's event. Jones also competed in last week's LQS and is hoping to take his competitive experience into this week's WLC. 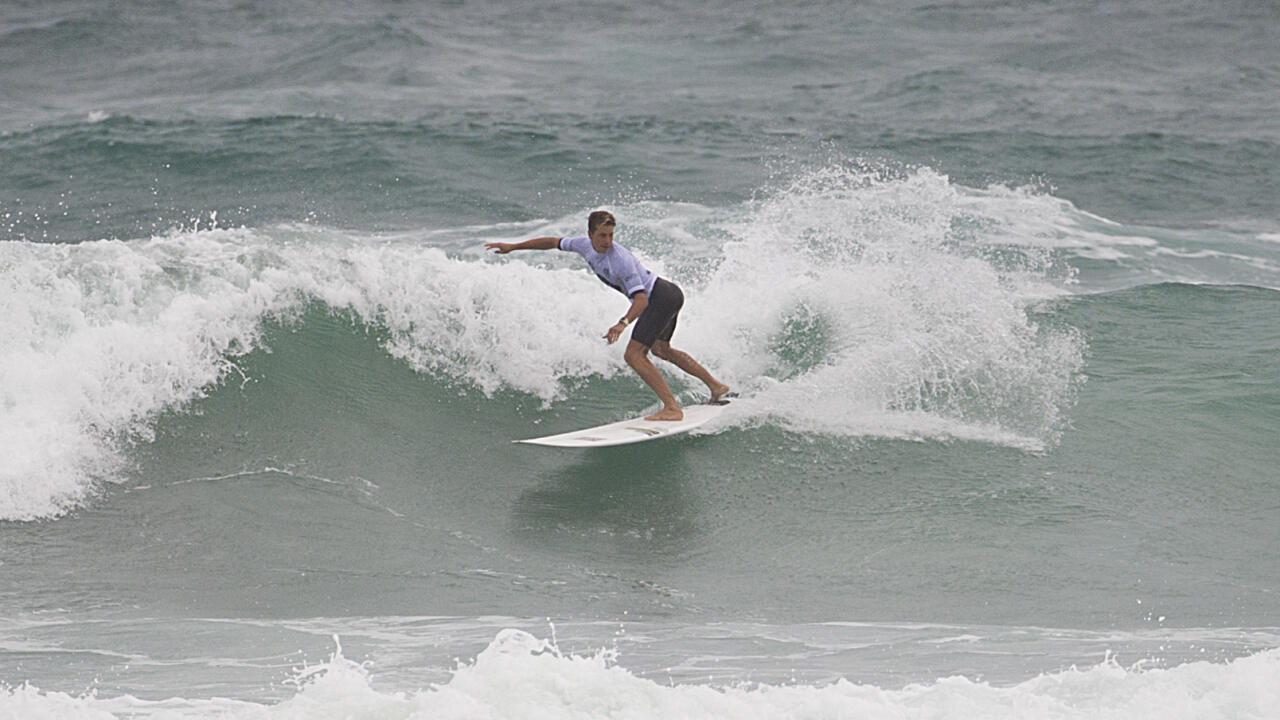 Nic Jones is one of Australia's most exciting up-and-coming longboarders. - WSL

â€œI am stoked to be going back to China for the GoPro WLC,â€ Jones said. â€œI hope we get some great waves for the event as the point at Riyue Bay has so much potential. Even though I am a wildcard at the event I am hunting the win, as each surfer should be. Last year was a real eye opener for me to see the level of surfing and I'm determined and up for the task this year. I'm lucky enough to be on some great boards and be feeling fit so I think the tactics are the only thing I can improve in the small amount of time I have to prepare.â€

Thomas Kibblewhite (NZL) was eliminated by eventual event winner and 2013 ASP World Longboard Champion Piccolo Clemente (PER) in Round 5 of last year's event by less than one point. This year he will head to the GoPro WLC China as the event's only New Zealand representative with renewed focus and confidence. Thomas Kibblewhite on the nose at last year's event. - WSL

â€œI am really looking forward to the event!â€ Kibblewhite said. â€œHaving not competed on the LQS this year, it'll be the first international contest I've done since the WLC last year. I'm really looking forward to catching up with everyone and surfing China's beautiful uncrowded waves. As it's my second year competing in China, I'm feeling more comfortable knowing what to expect and looking forward to getting into it. I have been surfing lots of left handers - we are lucky in New Zealand as there are lots of left point breaks. I've also been doing a bit of cross functional training - mountain biking, paddling, stretching and doing core balance work outs as well.â€

Erin Dark (AUS) surfed a stellar competitive year in the LQS events resulting in the ASP offering her a wildcard into this year's WLC. Dark will be looking to make her mark at the sport's biggest event and has been training on some rare Gold Coast lefts to prepare for the coming week. Erin Dark on her way to a won at the LQS in Avalon, WA earlier this year. - WSL / Nick Woolacott

â€œI have been surfing right hand points for the past two years so when I found out a few weeks ago I got a wildcard into the GoPro WLC I was in search for a left,â€ Dark said. â€œI have been lucky enough to score a left hander out the front of my place at Palm Beach recently which I have been surfing as much as possible. My goals for the event are to put in my best effort whilst having fun and I would love to make the top 16 with my ultimate goal being winning the World Longboard Title one day.â€