Perusing hundreds of big wave submissions can be daunting, especially if you're new to Big Wave Awards. Here's what you need to know:

Timeframe: The Big Wave Awards are open to waves ridden between March 21, 2015 and March 15, 2016. Nominees are announced the last week of March and the winners are revealed at a gala awards ceremony in Southern California.

Who are the judges? There are two panels: One small group of professional surf photography analysis experts and experienced big wave veteran surfers who measure the tallest waves in the objective categories including the Paddle Award and the XXL Biggest Wave Award (caught by any means including tow-ins). The other subjective (or "gut feel") categories are decided by a veritable academy of respected members of the big wave community, including all Big Wave Award competitors, photographers and videographers and members of the media who cover big wave surfing.

How do they judge? The biggest wave awards use techniques which estimate the height of the wave relative to the known height of the surfer while factoring in the distortion caused by the photo's angle and lens size. The judges for the subjective divisions are urged to consider sustained performance throughout the entirety of a ride -- including the overall quality and quantity of maneuvers or critical positions achieved -- and to evaluate the skill of the surfer in a challenging situation above the good fortune presented purely by the unique shape of a particular wave.

With prize money going to surfers, videographers and photographers, the Awards are comprised of the following categories:

Billabong Ride of the Year

Awarded to the surfer who paddles into and successfully rides the biggest wave of the year.
Surfer Prize: $25,000; Photographer Prize: $5,000 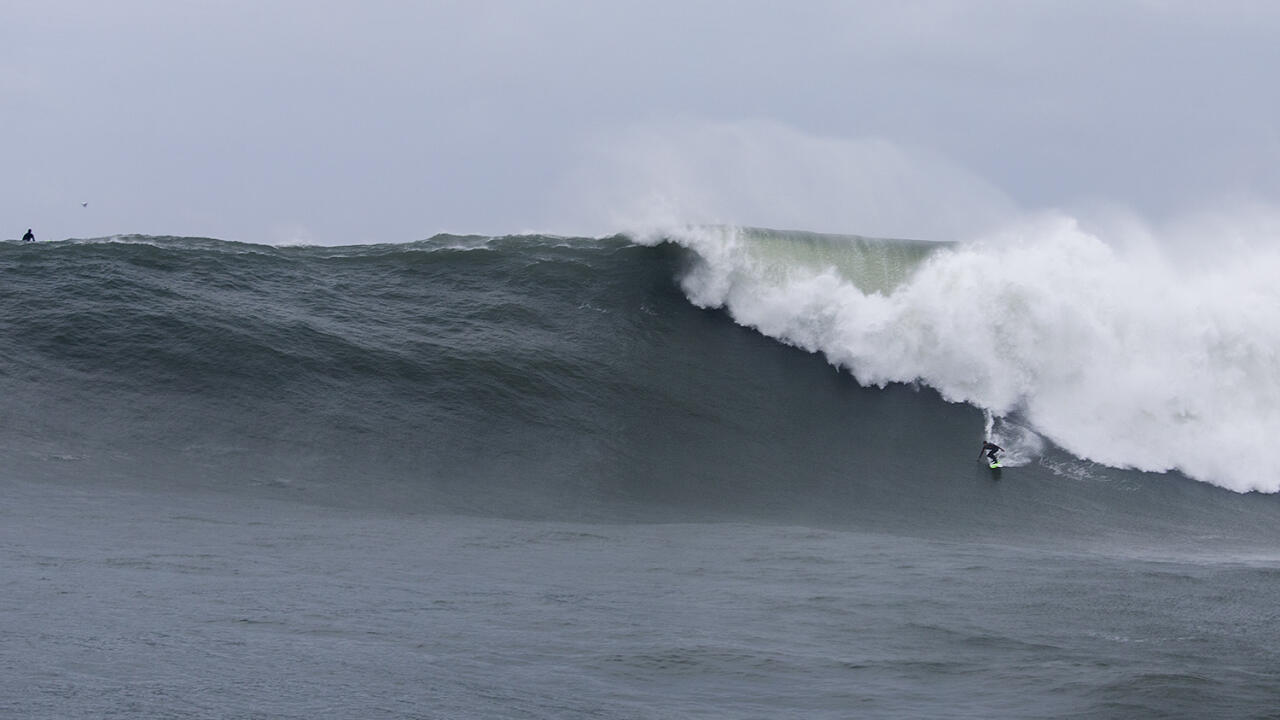 Awarded to the surfer who, by any means available, catches and successfully rides the biggest wave of the year.
Surfer Prize: $20,000 + TAG Heuer Watch; Photographer Prize: $5,000 Pure Scot Barrel of the Year

Awarded to the surfer who rides the single most spectacular tubing wave of the year, judged on the impact generated by still photo images.
Surfer Prize: $10,000; Photographer Prize: $4,000 Awarded to the male surfer who not only puts on the greatest number of outstanding performances in the most diverse number of venues, but also demonstrates a high level of excellence in water safety leadership. Both paddle-in and tow-in disciplines are considered.
First Place: $15,000 + TAG Heuer Watch; Second Place: $5,000; Third Place: $2,000

Awarded to the female surfer who not only puts on the greatest number of outstanding performances in the most diverse number of venues, but also demonstrates a high level of excellence in water safety leadership. Both paddle-in and tow-in disciplines are considered.
First Place: $10,000; Second Place: $2,000; Third Place: $1,000

To be considered for competition, a surfer must be invited to compete.

The winners will be announced at the annual awards show in Southern California.

Nic Von Rupp claims the Estrella Galicia Wave of the Day 2 with a solid forehand attack in Round 3.

The European QS starts again in good conditions for its first day back in over a year.