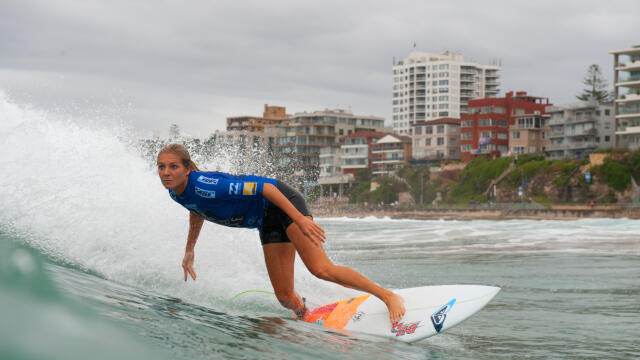 Reigning World Champion Stephanie Gilmore along with her team at Snapper Rocks Surfriders will be defending their club's title. - WSL

The Original Source Australian Boardriders Battle is the country's biggest grassroots boardriders event series with $120,000 in prize money. Now sanctioned by the WSL, it involves more than 100 of Australia's best boardriders clubs in eight State qualifying rounds. Competition started in October in Scamander, Tasmania and will culminate in a two-day, national Final during the Australia Day long weekend on January 24-25, 2015 at Cronulla in Sydney.

Each club team includes six members: one junior (under 18) surfer, four open-age surfers, and one over-35 surfer. At least one team member has to be female. The series, now down to just 20 clubs, is officially sanctioned by the World Surf League, which allows Australian CT surfers the opportunity to represent their local boardriders club at respective State qualifying events and the National Final.

The Australian Boardriders Battle will be telecast live on Fox Sports 2 January 24 and Fox Sports 5 January 25. The contest will also stream LIVE on www.australianboardridersbattle.com and www.mysurf.tv.