Jaws has been mesmerizing in recent weeks and and the subsequent XXL entries have been fun to watch. But a lot goes into a super session at the big wave community's choice location. For the uninitiated, The Inertia revealed four key ingredients to facing the famous break.

When tow surfing first reared its head, Jaws began its transformation into the wave we know today as one of the preeminent paddle waves on the planet. The impact zone is a place to avoid like none other -- get caught inside, and chances are good that you'll endure long hold downs and a trip to the cliffs, where massive boulders line the shore. But if you manage to navigate its many hazards, the ride at Jaws might be the ride of your life.

#1. It will be crowded: Nine times out of 10, the crowd will be relentless. People from different corners of the world come here to test their abilities at one of the most popular big wave proving grounds. You're looking at at least a good size crowd of 40+ surfers on a good day. 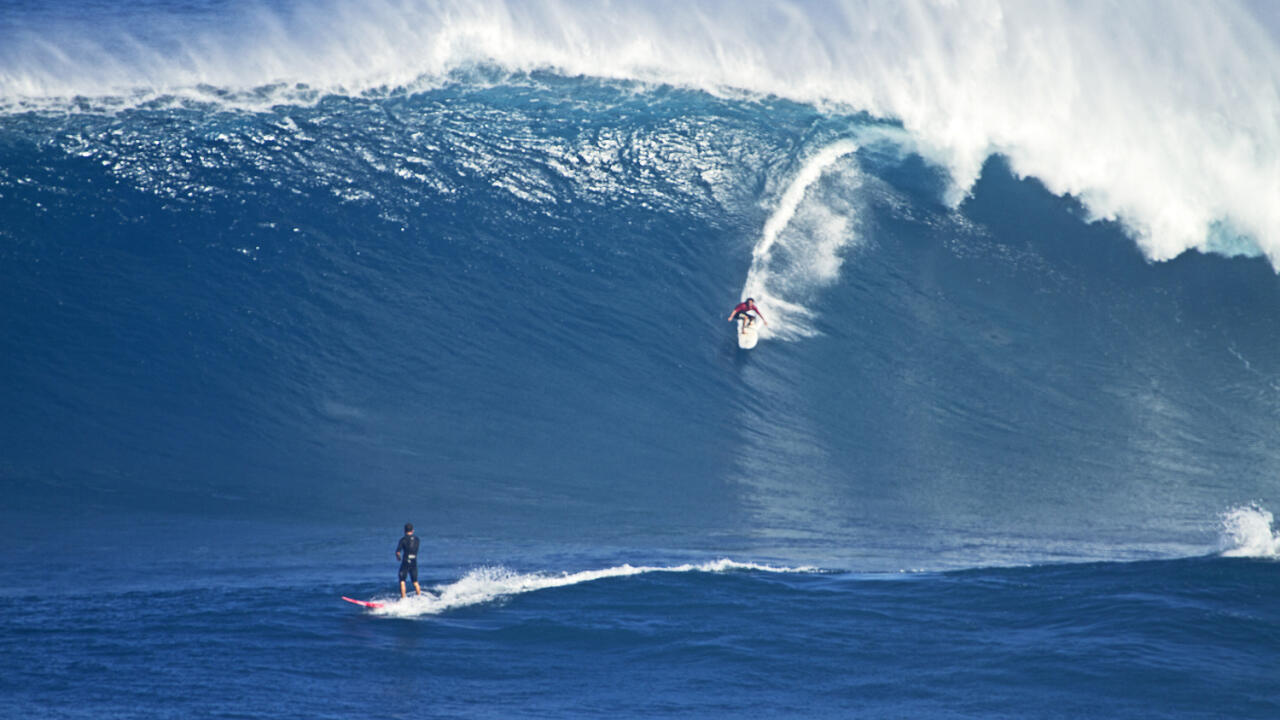 #2. The left: Going left at Jaws will either give you the best ride of your life or the worst ride of your life. It runs longer than the rightâ€“all the way through until it hits the inside bay of Jaws, which consists of giant sharp lava rock boulders and a good five foot+ shore break. Fall on a left and you'll be getting pounded by every wave of the set, so it makes sense that most goofyfoot riders like to take the right!

Check out Paige Alms (HAW) on what's being called one of the biggest waves ridden by a woman at Jaws. Plus, catch a cleanup set you won't be able to stop watching. Find the full Inertia article here.