Brazilian surfers are currently going through a golden age in competitive surfing. Adriano de Souza (BRA) is in sole possession of the Yellow Jersey and sits in 1st place on the Jeep Leaderboard on the WSL Championship Tour (CT) rankings. In addition, fellow countrymen Alejo Muniz and Alex Ribeiro are frontrunners on the Qualifying Series (QS), followed closely behind by Caio Ibelli and Michael Rodrigues. They hope to continue their momentum as the World Surf League returns to Brazil in October for three Qualifying Series events in Florianopolis, Itacaré and Maresias. 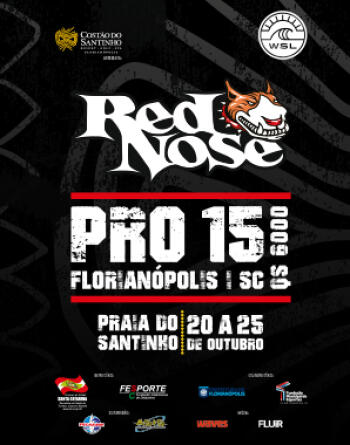 The Red Nose brand and Costão do Santinho Resort will host the WSL Men's QS 6000 Red Nose Pro15 Florianópolis SC at Praia do Santinho from October 19-25 in Florianopolis, on the Island of Santa Catarina. Last year's this event was held at Praia da Joaquina and saw the up-and-coming Michael Rodrigues (BRA) take top honors and is looking to reinforce the team of Brazilian surfers on the CT in 2016. Over 200 surfers from around the globe will be battling it out for the U$ 150,000 in prize money and the crucial 6,000 QS Ranking points on offer. Only the Top-10 ranked surfers on the WSL Qualifying Series will make it onto the 2016 WSL Championship Tour. The three consecutive events in Brazil will be the final contests prior to the Triple Crown of Surfing in Hawaii. "Thanks to the support of the City of Florianopolis, the State of Santa Catarina, Red Nose and the Costão do Santinho Resort, we are very pleased to be hosting another WSL event in Florianopolis, Santa Catarina," said Fred Leite, President of the Catarina Surf Federation (FECASURF), the entity which is organizing the event. "After many years of carrying out amateur and professional state and national surfing events, last year I was responsible for my first WSL Qualifying Series event, the Oceano Santa Catarina Pro held at Praia da Joaquina, which hadn't had a QS event in 12 years. It was an unbelievable experience and now we're taking the event to the north shore of the island to renew our partnership with the Costão do Santinho Resort. This will be the only WSL event in the south of Brazil and we expect a great turnout from the crowds in Santa Catarina."

Praia do Santinho is located on the extreme north of the Island of Santa Catarina, around 40 km from downtown Florianopolis. In 2006, the first ever Women's QS event held in Brazil took place at Santinho together with the support of the Costão do Santinho Resort. Diana Cristina (BRA) was victorious over six-time World Champion, Stephanie Gilmore (AUS). Three Men's QS events have been held on the versatile beach-break at Santinho. The first was held in 2006 and was won by Patrick Beven (FRA). Simão Romão (BRA) won the second edition in 2007 and Bernardo Pigmeu (BRA) won the last event over a sixteen-year-old Gabriel Medina (BRA) in 2010. 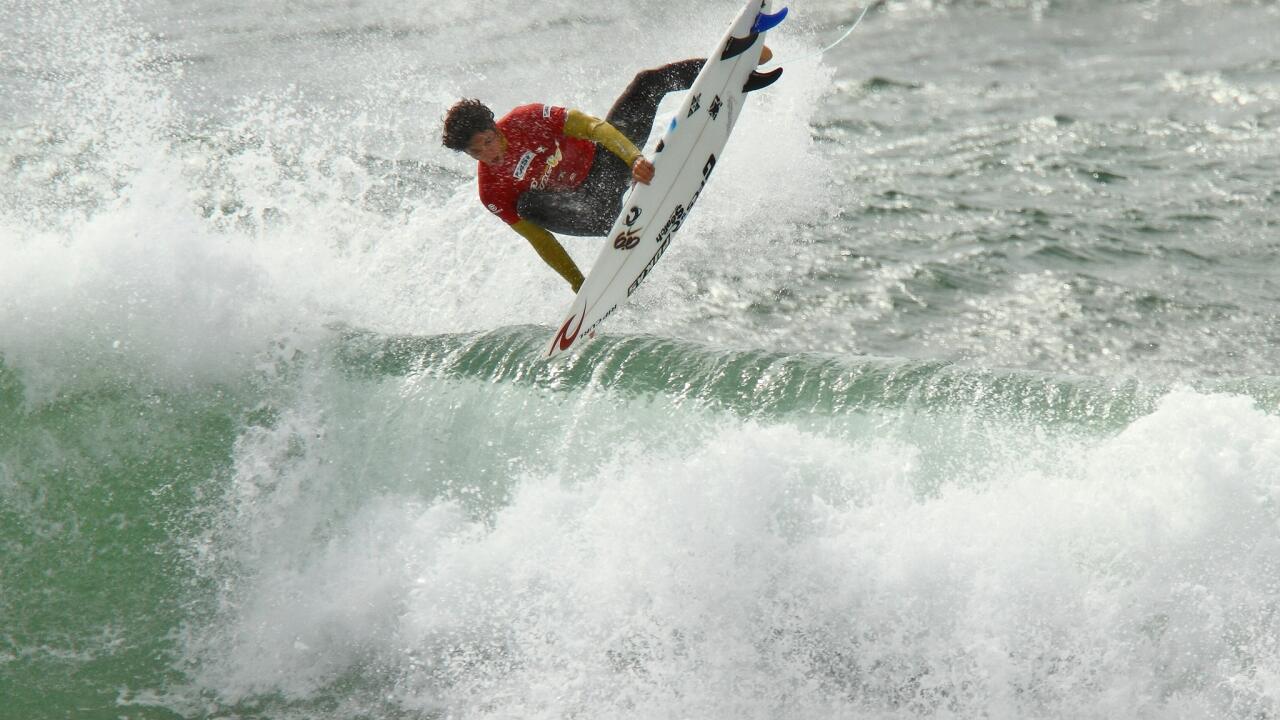 "This major event is a crowning achievement for all of us here on the north shore of the Island of Santa Catarina," stated Reiginaldo Ferreira, the Executive Director of the Ingleses and Santinho Surf Association (ASIS). "It's an event that has global repercussions and will attract a great number of people that are involved in this magnificent sport, in addition to the incredible athletes from all over the world. Not only will there be increased visibility for Santinho, the local community and the beauty of the northern beaches, but the contest will provide an economic boost to the region due to the arrival of the athletes and the crowds that will definitely pack the beach for each day of the event. We welcome everybody that wants to come down to the contest and we hope to get great waves during the event and we will do everything to provide great memories from Praia do Santinho."

Fabio Brauner, Marketing Director for Red Nose had this to say:

"We at Red Nose were very enthusiastic with the opportunity to participate in such an important event on the Qualifying Series Calendar. The setting could not be better in a city that lives and breathes for sports and that has a large number of surfers and fans, in addition to the great support from the Costão do Santinho Resort. For us, the only forecast is for a packed beach and beautiful people, which is customary in Florianopolis. If Neptune can send us some good waves at Santinho, it would be the cherry on top."

The WSL Men's QS 6000 Red Nose Santa Catarina Pro will offer U$ 150,000 in prize money and is sponsored by Red Nose and the Costão do Santinho Resort Golf & Spa, in addition to the State of Santa Catarina, through the Department of Tourism, Culture and Sports, FESPORTE, the City of Florianopolis and the Municipal Athletics Foundation. The event is sanctioned by the World Surf League South America and is organized by the Catarina Surf Federation (FECASURF) with the support of the Ingleses and Santinho Surf Association (ASIS).

BRAZILIAN LEG - The Red Nose Pro15 Florianópolis SC will begin the "Brazilian-leg" of the year-end WSL South America Calendar from October 19-25 at Praia do Santinho, Florianopolis. The following week, from October 27 to 31, the WSL Men's QS 6,000 Mahalo Surf Eco Festival will take place at Praia da Tiririca, in Itacaré, Bahia. The event in Itacaré will also host the Women's QS 3,000 Mahalo Surf Eco Festival, the final Women's QS event in Brazil in 2015. The final Qualifying Series event in Brazil will be the QS 10,000 held at Praia de Maresias, from November 2- 9 on the north coast of Sao Paulo.