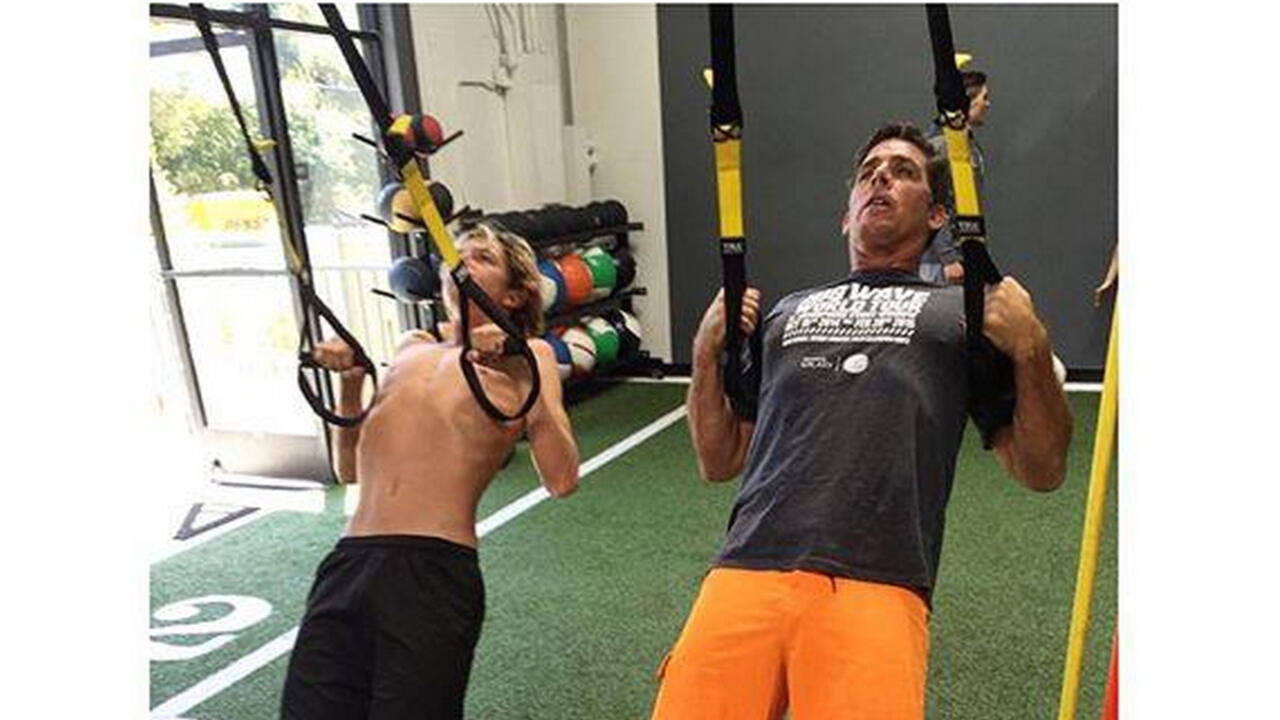 You would have to say the signs are there for an incredible #elnino winter. Have to get the extra work in @paradigm_sport to make sure we're ready for anything. Thank you to @joey_wolfe for pushing me and @johnmel_ #getwolfed / Instagram Peter Mel - WSL

The winter of El Niño season is approaching and big wave chargers are starting to prepare. Surfline reports, "the likelihood we will see El Niño conditions persist through the Northern Hemisphere winter exceeds 90 percent." The general effect El Niño has on surfing, according to the forecasters there, is that it "increases the likelihood of a breakdown in the eastern Pacific high-pressure system, which tends to guard the Central and SoCal coast from direct storm hits in winter." So it's no wonder that #TBTs and "happy Fridays" all gave way for #elnino real estate on the end-of-week social scene.

Rusty has been doing some interesting things lately. First, during the Billabong Pro Tahiti, longtime team rider Josh Kerr (AUS) unveiled an asymmetrical board he designed with them. The latest creative work is a new clip entitled "Tuff" that features Kerr, Noa Deane and Dylan Goodale (HAW). During the 13-minute montage, old-school body builder footage is inserted in between cuts. It's a bit jarring. But then again, you finish watching knowing you can be tough without having to spend your life in a gym. Watch TUFF on Vimeo.

How closely have you been following surfing across social? Name the spot from the clip below.