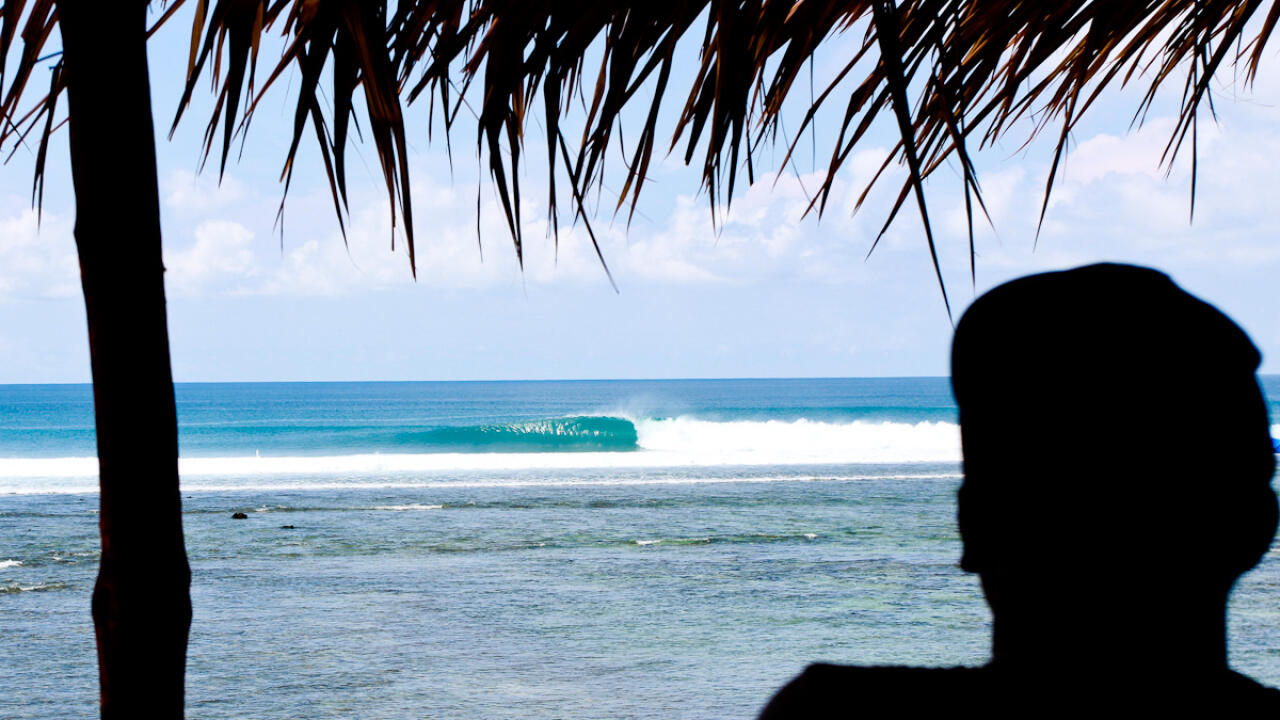 Though a storm knocked out internet access in the early days of competition, making local officials scramble, judges had the toughest job this week. - WSL

Chris Zaffis has taken out the Mentawai Pro presented by Rip Curl in some of the best waves ever seen in a World Surf League (WSL) Qualifying Series (QS) 1,000 event at the famed Lances Right. Zaffis took down Balinese surfing legend Dede Suryana in an amazing Final in perfect barrelling four-to-six foot waves. "I'm so lost for words - I can't believe I just won a QS in such pumping barrels," Zaffis said. "I don't think I've ever surfed waves as good as that in my life so to surf like that in a comp is mind boggling - waves don't get better than that." Zaffis was a standout all event posting high scores in every Round. He left his best till last finding some of the bigger longer barrels of the event to score a near-perfect heat total of 19.25 (out of possible 20) in the Final. In the last two minutes Zaffis found himself in second, needing an 8.75 as he took a set wave and scored a dredging long tube ride, followed by three big turns and another tube on the infamous inside section known as the Surgeon's Table. He posted a 9.55 (out of a possible 10) to take his first QS victory and the biggest win of his career. California's Skip McCullough ripped his way into the semifinals with a series of solid performances. - WSL

"I knew I needed that score and was so nervous, Dede had been on such a roll all contest and he had me needing a high score. I waited and waited until that one came and just sat in it. This has been such an amazing week, I'm already looking forward to next year, I might even book it now."

Suryana was a deserving finalists posting three perfect 10 out of 10 rides on the final day, two of which in one heat to make a very rare perfect heat score (20 out of 20). He was in complete control of the final until the very end, but should hold his head high for an amazing performance the entire event. Suryana was in vintage form all week long. - WSL

"The waves were insane today," Suryana said. "I really enjoyed those heats, I think anyone could have gotten a good score with waves like that, just so perfect. I think today were the best waves I have seen in a contest, it was so amazing."

On the way to the Final, Suryana took down one of Indonesia's most successful competitive QS surfers Oney Anwar. Anwar is a rising star on the international competitive circuit and loved seeing his fellow QS warriors battling it out in the perfection of the Mentawai Islands. "It was so cool seeing the QS guys mixing it with the Indonesian surfers," Anwar said. "It was so cool for the local people to see the level that the international QS guys are at. Because this wave they can do everything it showed the locals what they can do at their home wave if they try."

Lances Right continues to produce the goods for one of the most remote events on the Qualifying Series calander.

The Mentawai Pro pres. by Rip Curl turn it on!

The inaugural Mentawai Pro pre. by Rip Curl QS 1,000 has competitors excited to pull on the contest jersey.