The first large scale World Surf League (WSL) Qualifying Series (QS) event to hit Japan in over three years got underway today with the opening two rounds of the Ichinomiya Chiba Open. Competitors put on an incredible show of performance surfing in the clean two-to-three foot beachbreak peaks on offer at Shida Point.

Having just taken out the 2016 Australasia Junior Qualifying Series (JQS), Ethan Ewing has been able to shift his focus to QS events. The young Australian needed all the focus he could get in his first heat as he came up against current Junior World Champion Lucas Silveira. Both prodigies went blow-for-blow, but it was Ewing who came out on top. Silveira advanced to Round Three in second position. 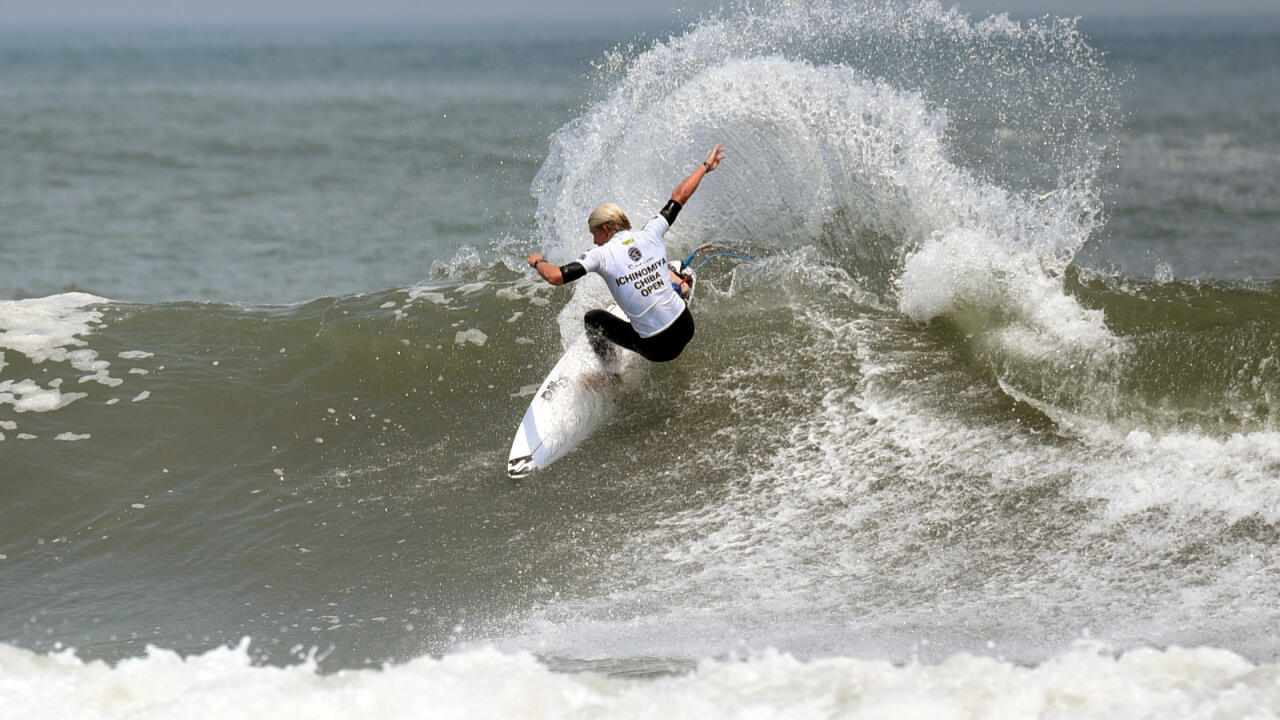 "This is one of the biggest events I've ever done," Ewing said. "Coming up against Lucas and guys like him is pretty daunting so I was really nervous before that heat. I just tried to get a few that would allow me to surf how I wanted to surf."

Hawaiian Torrey Meister proved his bag of tricks is deep with an excellent mixture of power and progressive surfing on show to win his way into Round Three. Meister posted an excellent 8.00 (out of a possible 10) with an extremely technical inverted alley-oop aerial, something many competitors save for free surfing. Torrey Meister flipping out. And yes, he landed it - WSL / Bennett

"I haven't done a maneuver like that in a while," Meister said. "I didn't really know what to go for so I just went for it. Then when I landed the wave gave me a couple of turn sections which was sick. I haven't been to Japan in almost 10 years so I'm stoked to be back."

After his competing at two Championship Tour events as a replacement wildcard, Leonardo Fioravanti has returned to the QS to attempt to hang on to his ratings lead. The young Italian sensation's campaign got off to a great start as he dominated his heat posting an excellent 8.83 with two massive power turns and, ultimately, he was able to comfortably progress. Leo taking a punt on a left - WSL / Bennett

Brazilian Yago Dora showed why he is widely renowned as one of the most exciting surfers on the planet posting an incredible heat total of 19.17. Dora posted a 9.50 on his first wave with a huge full rotation frontside air reverse. He then backed it up with a 9.67, which he earned with two massive backhand turns, showing he can keep it on the face of the wave as well as above the lip.

"After I landed that first air I felt really confident," Dora said. "When I paddled out the waves were pretty quick so I thought airs would be the only thing to do. Then that right came out of no where and I got a few turns as well. It was probably the best wave to come through all day."

Just sneaking into Round Three with Dora was Kai Hing who only posted his score after a mid-heat change of tactics. Hing opted to sit away from the pack until he realized he would need to move down the beach to join his rivals. "I got some good waves on that bank earlier today," Hing said. "It was a bit fast but good for airs so I thought I'd have a go there. Once I couldn't find a backup I knew it was time to move down the beach. Yago is so crazy, once I saw that first score I knew I was going for second as first would be nearly impossible."

One of the most successful Japanese competitors on Day 1 was young Kenta Hayashi. Hayashi used his experience at Shida to move through the local trials into the main event. He took to the air on a number of waves in Round Two to post a modest heat total of 10.37 and progress to Round Three. Kenta Hayashi surfed through the trials, Round One and Round Two to find himself in Round Three with the top seeds. - WSL / Bennett

"The waves here at Shida point are very tricky today," Hayashi said. "I knew I just needed a couple of average scores as it would be hard to get two high ones today. I feel like my experience here is an advantage for me."

"Having a big event like this back in Japan is so good for surfing in this country," he continued. "Watching the international guys is so good for the local surfers."