Rocked by the tragedy, it's taken the better part of these six years for Andy's friends and family to simply process and heal. While whispers surrounding the circumstances behind Andy's death and his struggles with addiction swirled during the aftermath, nobody close to Andy was prepared to address his troubles head on until the right pieces came together.

Slater On Andy Irons
0:50
Kelly Slater opened up about the life and death of his friend and rival for the upcoming documentary, "Andy".

"I felt like it was my responsibility to do Andy justice by telling the real truth," says his wife Lyndie. "I also knew I wanted to do the film before Axel reached fragile years in school, so the sooner the better."

He overcame so much to accomplish the remarkable things he did. -- Lyndie Irons

Now, six years later, thanks to Lyndie and many of Andy's closest friends, were learning that one of his biggest wishes before he passed was to help others learn from his mistakes. Thanks to a collection of those closest to him, including Lyndie Irons, Kelly Slater and Kai Garcia, Andy's full story is finally being addressed in the upcoming documentary, Andy: the untold story of Andy Irons.

"People were quick to judge Andy and I wanted to explain why he was the way he was," Lyndie added. "And that he overcame so much to accomplish the remarkable things he did. There were a lot of producers circling around but I knew instantly when I met with Teton that they understood Andy, and we could make a beautiful, raw, truthful film."

The full trailer has been out for more than a month, but on Wednesday Teton Gravity Research released a few more clips.

"He wanted to change kid's lives," says Kelly Slater, in an outtake just released. "He wanted to get kids off of drugs. He wanted to go to schools. He wanted kids in schools to watch his movie. He told me that. And I feel like if I don't mention that and let people know that then I've let him down, because he looked me in the eyes and said that's what he wanted, and that was at his clearest moment he's ever had in his whole life. Clearest thinking. Most stoked on life. And that was his desire, was to help other people...and that's the moral of the story with Andy, our purpose here is to help other people."

The film also reveals Andy's battle with bipolar disorder, a mental illness marked by extreme mood swings from high to low, and vice-versa, faced by millions of Americans each year. 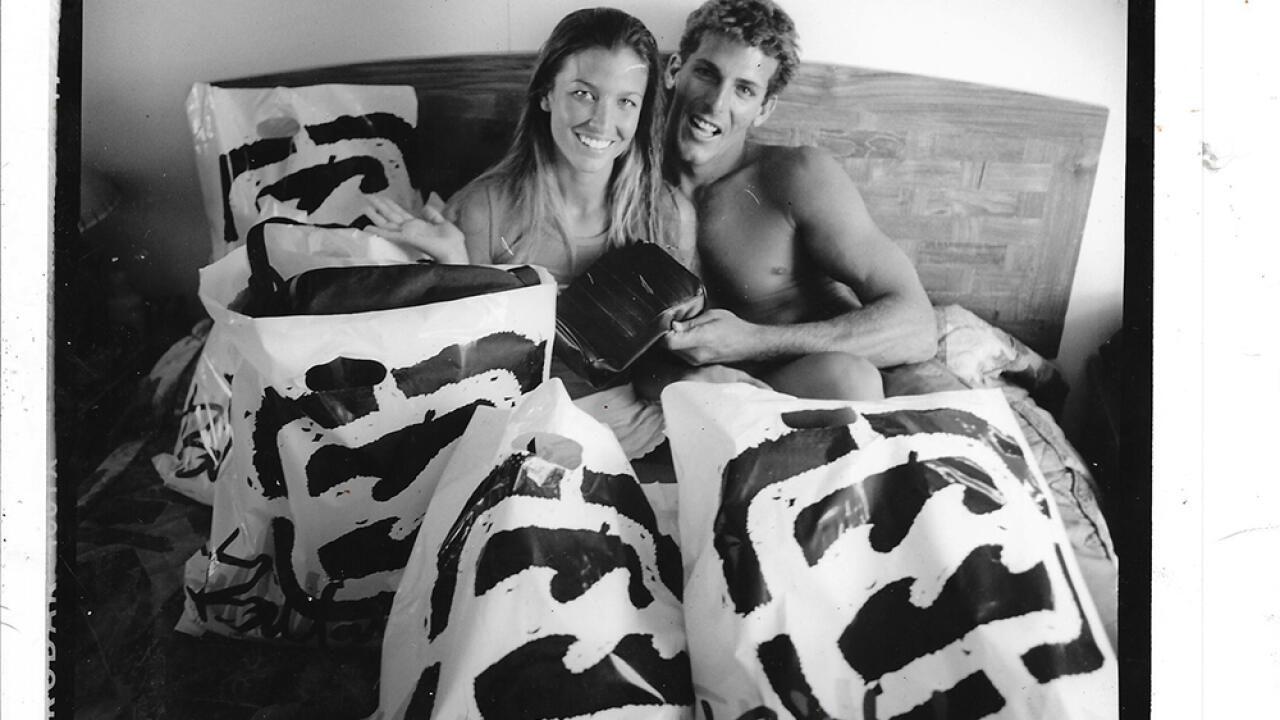 Before Lyndie Irons could speak openly and honestly about her husband's struggles she needed years to heal, gain perspective, and settle into her new role as a mom. Axel, their son, was born just one month after Andy's passing, and has been her biggest gift in that process. - WSL / Steve Sherman

These revelations will provide a more accurate look at what made Andy Irons, the machine, tick. But audiences will also take a trip into the soul of the man, and peer into Andy's softer side - one seldom highlighted by the media who slid him into the black-hat role all throughout his famous rivalry with Slater. But fans aren't the only ones getting fresh perspectives.

"The process has been so incredibly painful that I can't even explain it in words," says Lyndie. "It was hard for me to let go. Let go of protecting him and opening up and telling the truth. I loved him for who he was and always had so much compassion for him and working on this film gave me even more understanding of his illness and his addiction. I started to work through my pain and deal with a lot of emotions. I feel like I'm in a better place emotionally and the film has a lot to do with that."

Working on this film gave me even more understanding of his illness and his addiction. I started to work through my pain and deal with a lot of emotions. - Lyndie Irons

"I don't care about everything he's done in the water," says Kai Garcia, Andy's lifelong friend. "That's meaningless to me. Y'know, he was a good person. A good human. A good friend. That's his legacy."

John John Florence agrees,"He was interested in people. He was nice to people. He won the world over."