For the first time in Matt Wilkinson's eight years on the CT, he has a number on his back. We aren't talking about the number 8, his WSL jersey number, but a metaphorical one. Going into the Quiksilver Pro as both defending Champion and the No.5 ranked surfer in the world, Wilkinson has a healthy dose of expectation attached to his performance. Nobody will be taking him lightly and most of the top 34 will see him as a token of victory. 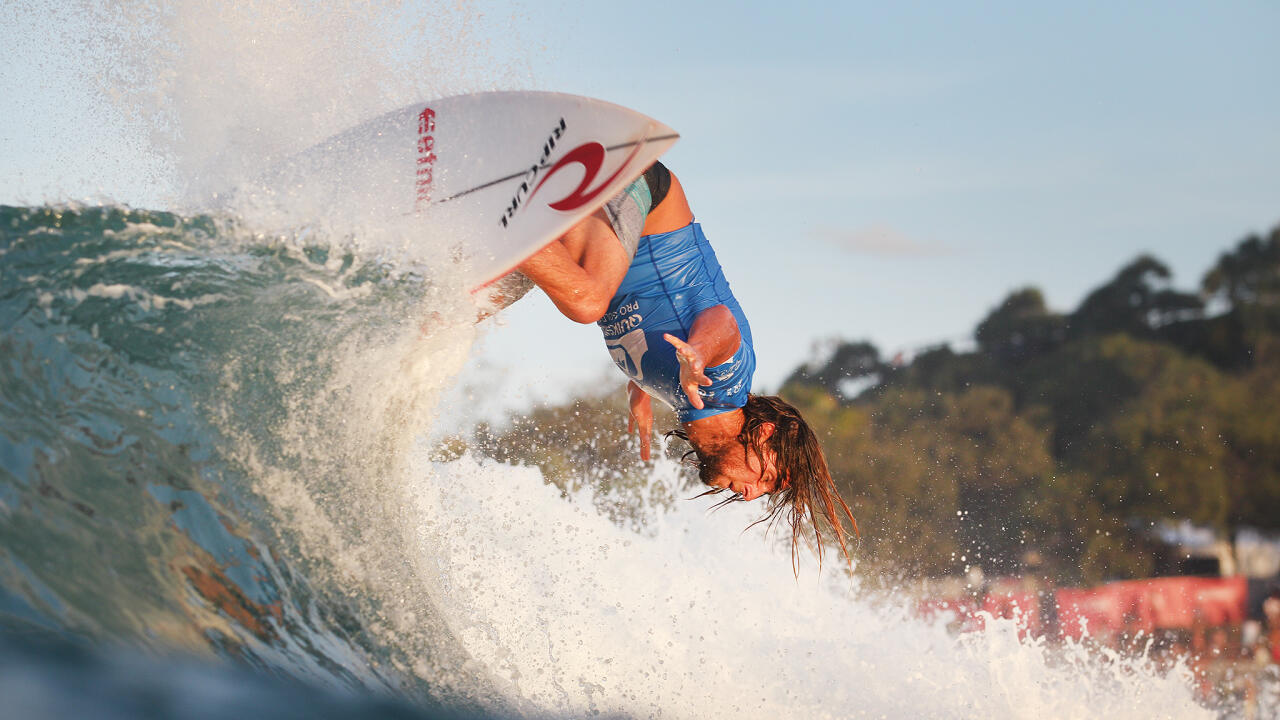 Because of this, the season will be a relatively new experience for Wilko. It was here at the 2011 Quiksilver Pro that he arrived each day on rollerblades, sporting a perm. On Tour, his love of life was as well known as his incredible talent and it seemed the former kept compromising the latter. Before 2016 he had succeeded in cracking the top 20 only once, with an 18th place finish in 2015.

While none of his peers questioned Wilkinson's talent, in competition, it was a different matter. If Wilkinson wasn't taking himself seriously, why should his competitors? It was only intermittently that Wilko would click, usually on his backhand, to serve a reminder of what he was capable of. A Final in Santa Cruz in 2012 and his 2014 performance at Jeffreys Bay showed that an on-point Wilko could, repeatedly, beat the best in the world. It was just that those performances were rare.

In 2016 however, Wilkinson found a way to finally harness his explosive, and unique, surfing in competition. Back-to-back wins at the Quiksilver Pro Gold Coast and Rip Curl Pro Bells Beach saw him earn a healthy lead and the yellow jersey. Many factors were put forward for the transformation.

The role of good friend and coach Glenn "Micro" Hall was important. Hall introduced physical training and competitive drills that Wilkinson had previously ignored. "Micro has done an amazing job converting me from a wobbly little goofyfooter into a Title contender," Wilko said in one post heat interview. A move up to the North Coast of NSW, and more intense work with his shaper Darren Handley were also factors. The result was that Wilkinson held on to the yellow jersey until Tahiti, where it was taken off by the eventual World Champion John John Florence. Towards the end of the year he faded to fifth, and while many concentrated on his fall from World Title contention, Wilkinson was quick to focus on his massive improvement.

"It's been, career-wise, the best year my life," he said after the Pipe Masters. "It was a great experience to feel like I could really fight for a World Title. Before this year I didn't think I had it in me, and now I do." However his 2016 efforts have only served to increase the pressure going into the Quiksilver Pro Gold Coast. While the focus that came with the Jeep Leader yellow jersey brought added weight last year, expectations were still able to be managed. Now though, his high seed and 2016 performances mean he's a marked man. Any early round defeat will be considered an upset.

To his credit, Wilko hasn't shied away from that pressure. He has pushed his new found work ethic and is determined to keep the ground he made last year. "In 2017 I know what I want and what I want to fight for," he told the WSL. "The goal for 2017 is to win, win everything." The first test of that resolve will come at the Quik Pro Gold Coast. One thing is for sure, there will be no rollerblades in sight. Wilkinson gives the thumbs up to 2017 at the recent WSL Awards. - WSL / Daniel Ridgley Hewitt