On Friday, event organizers opted to call a lay day at the Rip Curl Pro Argentina after another cold front arrived in Mar del Plata bringing rain, strong winds and a drop in temperature. However, excellent conditions are on tap for an exciting finish to the Men's QS 1500 and Women's QS 1000 events during the holiday weekend. Furthermore, the WSL South America ranking leaders will be determined at the iconic righthand jetty known as Yatch, which only breaks with large swells. A call is set for 6:30 am local time for what hopes to be an epic day of surfing. 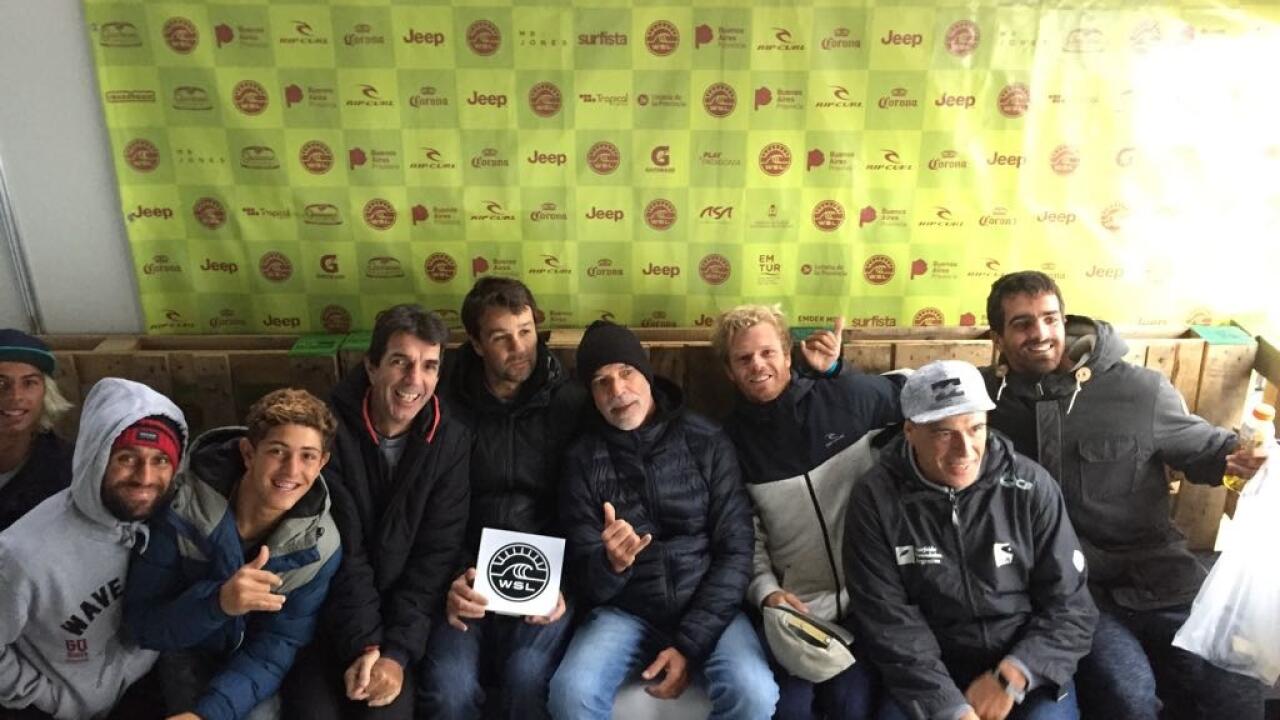 "After a meeting with the athletes, the contest directors have decided to call a lay day and there will be no competition on Friday," said Sergio Gadelha, WSL South America Head Judge. "We still have 12 hours of heats left to run, which can easily be done this weekend. We expect to have a full day of competition on Saturday, leaving the Semifinals and Finals for Sunday. We'll be moving to Yatch, on the other side of the Biologia jetty, because the swell direction looks amazing for this weekend. We're hoping to end on a high note for the surfers, the media and the crowd on the beach."

During the morning call, it was an easy decision to put things on hold after the contest directors and athletes studied the swell charts. Excitement and anticipation stepped up a notch with the decision to run at the legendary peak known as Yatch. Luan Wood (BRA) is scheduled to compete in Heat 4 of Round 3 and was part of the decision to hold off until tomorrow.

"We agreed to call a lay day here at the main site," Wood said. "The waves have been really good the last few days and we were able to complete Rounds 1 and 2 in the Men's and Women's events. All of the surfers were in favor of waiting until Saturday to run at one of the city's most iconic surfing spots. It looks like a big swell is on the way, so we're all ready for what may come."