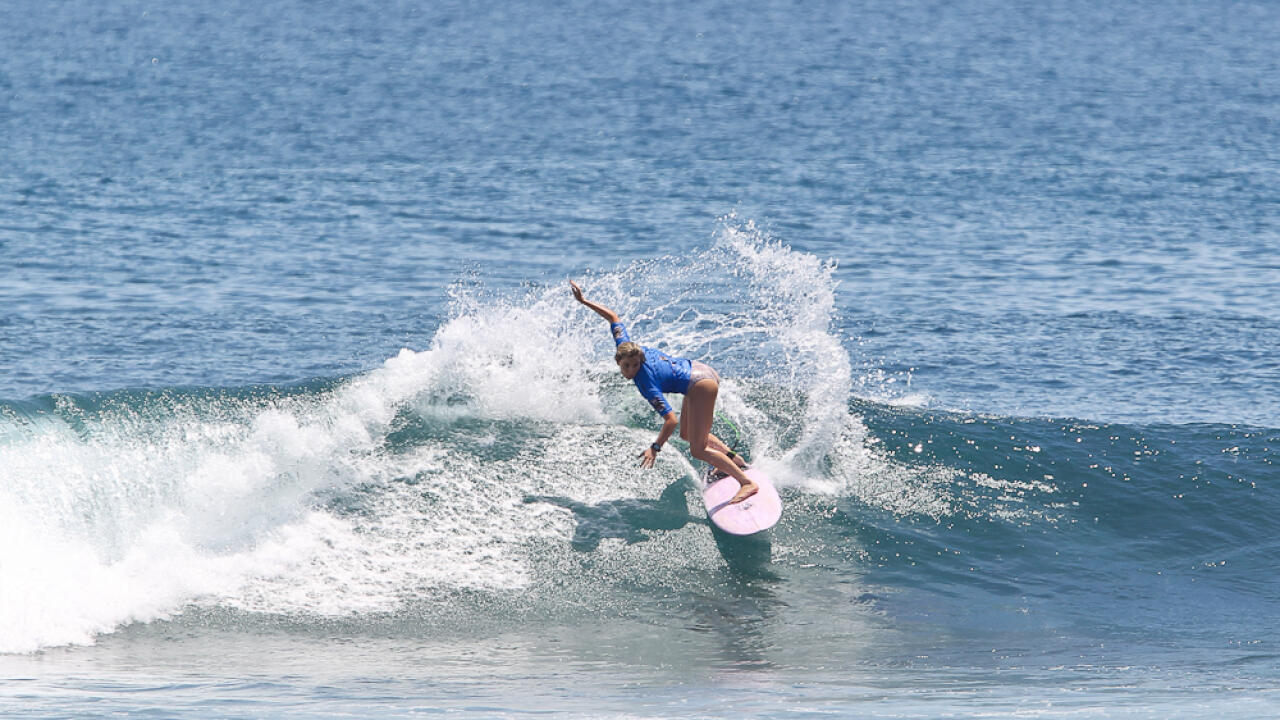 Competition resumed in long pristine peeling lefthanders at the Krui Pro, with the second half of men's Round One and the opening three Rounds of the women's division completed. The playing field is massive with rides up to 100 meters long on offer so wave selection and execution was the key to progressing through the draw. 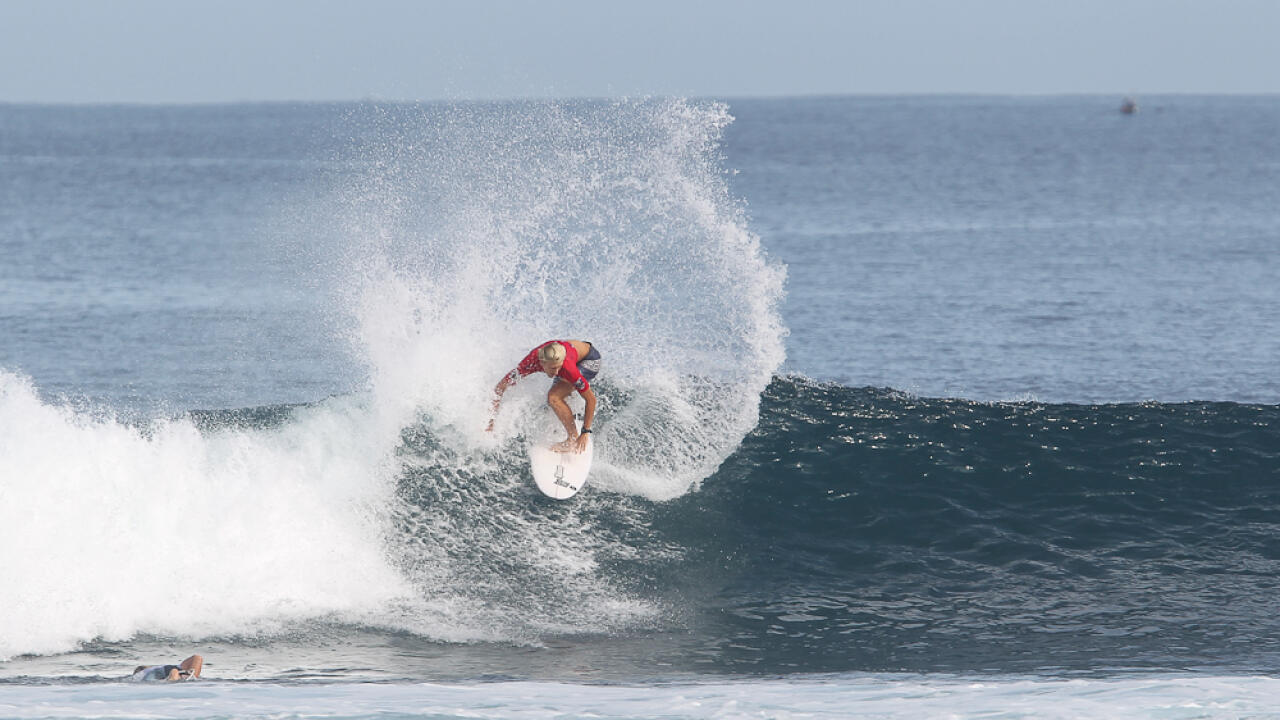 Chris Zaffis has enjoyed success in Indo before and he'll be looking to go again in 2017. - WSL / Tim Hain

"I've never surfed a long left reef/pointbreak like this before - it's been so much fun," Zaffis said. "It was a bit of a chess match out there. There was long lulls in between sets and at these QS events everyone is capable of getting big scores so I just went out and tried to get some big scores early and it worked out for me. This is my first time coming to Sumatra and it is incredible - I will be coming back."

Made ‘Garut' Widiarta was the standout surfer of the day, surfing fast and hard, linking high risk turns on critical sections. The Balinese goofy-footer enjoyed surfing on his forehand during competition. "I love surfing long lefts!" Widiarta said. "I have never been here before and I can't believe how fun this wave is. I was lucky to be in the spot for a few sets. This board is about three years old and I decided last minute to bring it. It was perfect for this spot."

Japanese pair Minori Kawai and Amuro Tsuzuki surfed through to the Semifinals in hard fought battles against talented a local and International field. Both surfers posted excellent scores for committed and sharp surfing on Krui's long left-handers. Minori Kawai making the most of her time in paradise. - WSL / Tim Hain

"It feels so good to be into the Semifinals - but as this is QS1,000 I really want to win to get the points to improve my QS seeding," Kawai said. "When I looked this wave up on the internet I was worried it would be heavy, but now that I have been out there it has been great to surf the wave and get confidence in reef breaks."

Lucy Callister advanced into the Semifinals alongside fellow Australian Ellie Francis. Both surfers were able to launch and land powerful turns and carves over the shallow reef and were awarded with big scores on their way to a solid result at the first ever Krui Pro QS,1000. Hailing from the Gold Coast, Lucy Callister is more tuned into Long Rights. She seems to be enjoying long lefts just as much. - WSL / Tim Hain

"I love this place - we were here for a week before the event and had pumping waves with no one here," Callister said. "These have probably been the best conditions I have ever surfed in for a competition. It's a different kind of event because you have nothing to lose, if you get knocked out then you are on holidays, then if you make your heat then you are getting a result."

Summa Longbottom, daughter of famous Australian big wave surfer and surfboard shaper Dylan Longbottom made it through two heats in her first ever WSL Qualifying Series event today. At just 14-years-old Summa Longbottom looks to have inherited some style and flow, but was narrowly eliminated in the Quarterfinals to finish equal 5th place.