The main left-hander at Krui continued to product perfect long waves for competitors in Round 3 and the Quarterfinals of the men's division. In high performance waves competitors had to put it all on the line and fight for that all-important Semifinal berth.

Keijro Nishi advanced into the Semifinals with an impressive performance to claim the win over USA's Skip McCullough. Nishi used his silky smooth forehand to link together non-stop turns and carves on Krui's long lefts to claim the coveted spot in tomorrow's Semis. Keijro Nishi took down Skip McCullough on his way to the Semifinals. - WSL / Tim Hain

"These waves are incredible - the best I have ever seen for a competition," Nishi said. "That was my first ever win in a man-on-man QS heat. I was preparing my strategy and it worked and I'm so excited I get the chance for another man-on-man heat out here."

Indonesia's up-and-coming surf star Nyoman ‘Mega' Artana was on fire all morning posting excellent scores in both of his heat wins. Artana defeated famous Australian Big Wave surfer and surfboard Shaper Dylan Longbottom in the Quarterfinals in an exciting match-up that saw both surfers post big scores, but it was the young Indonesian who came out on top. "I just felt like I was free-surfing, I was having so much fun," Artana said. "I was so happy to have a heat with Dylan (long bottom) he's a great surfer and we were sharing the waves and having fun out there. I am so stoked to win, I can't wait for the Semifinals."

Jean Da Silva came out on top in a slow heat for waves against Chris Zaffis. The match-up on paper was one of the best of the day as both surfers have been standouts all week long, however Mother Nature had other plans as only a couple of sets came through. Da Silva surfed a smart heat, capitalising on his waves to secure a spot in the Semifinals. 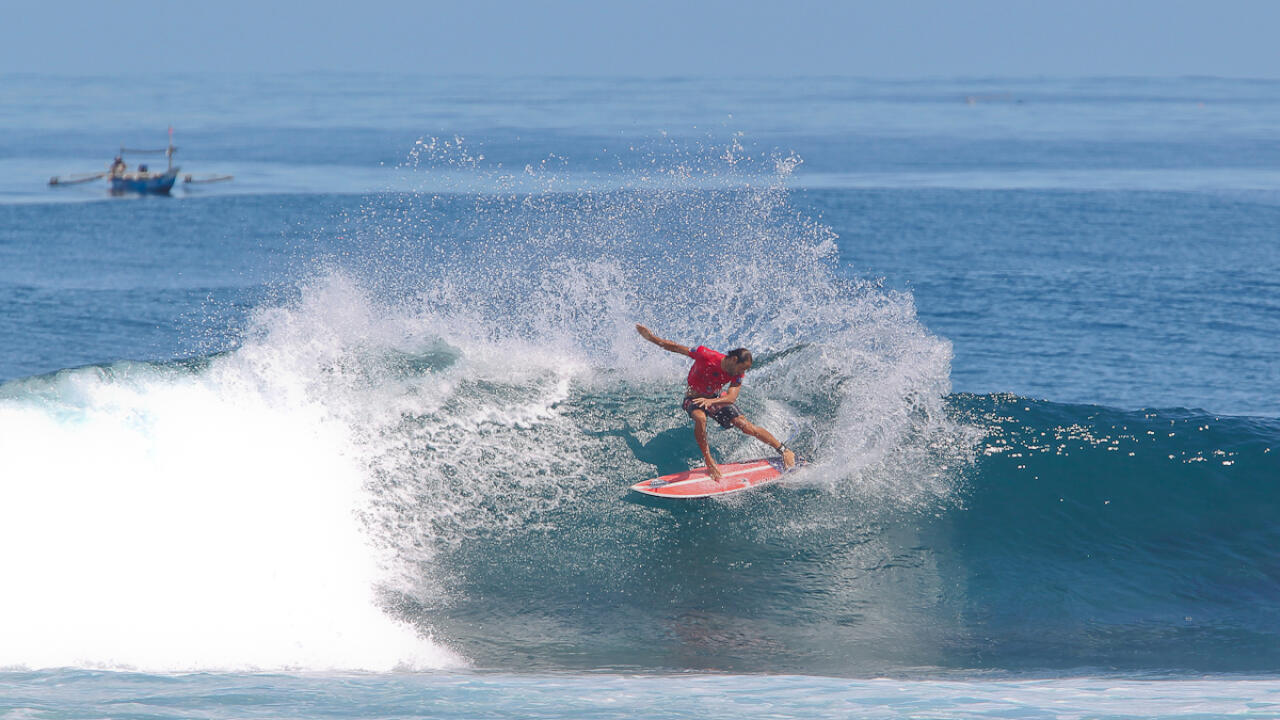 Brazilian Jean Da Silva surfed a smart heat to book into the semifinals at the Krui Pro. - WSL / Tim Hain

"I felt nervous because at one point I waited 15 minutes with priority and you have to pick the right waves," Da Silva said. "Chris is a great surfer so I knew I had to be on top of my game. I didn't surf my best in that heat but I think I surfed a smart heat and used my priority right. Semifinals is a good result and another opportunity to surf these amazing waves with just one other surfer in the water."

Moses Le Grice is the last Australian standing in the men's draw after he defeated Indonesian sensation Dede Suryana in the Quarterfinals. Le Grice has been the event darkhorse, improving with every heat and linking together solid combinations of turns in every single heat. 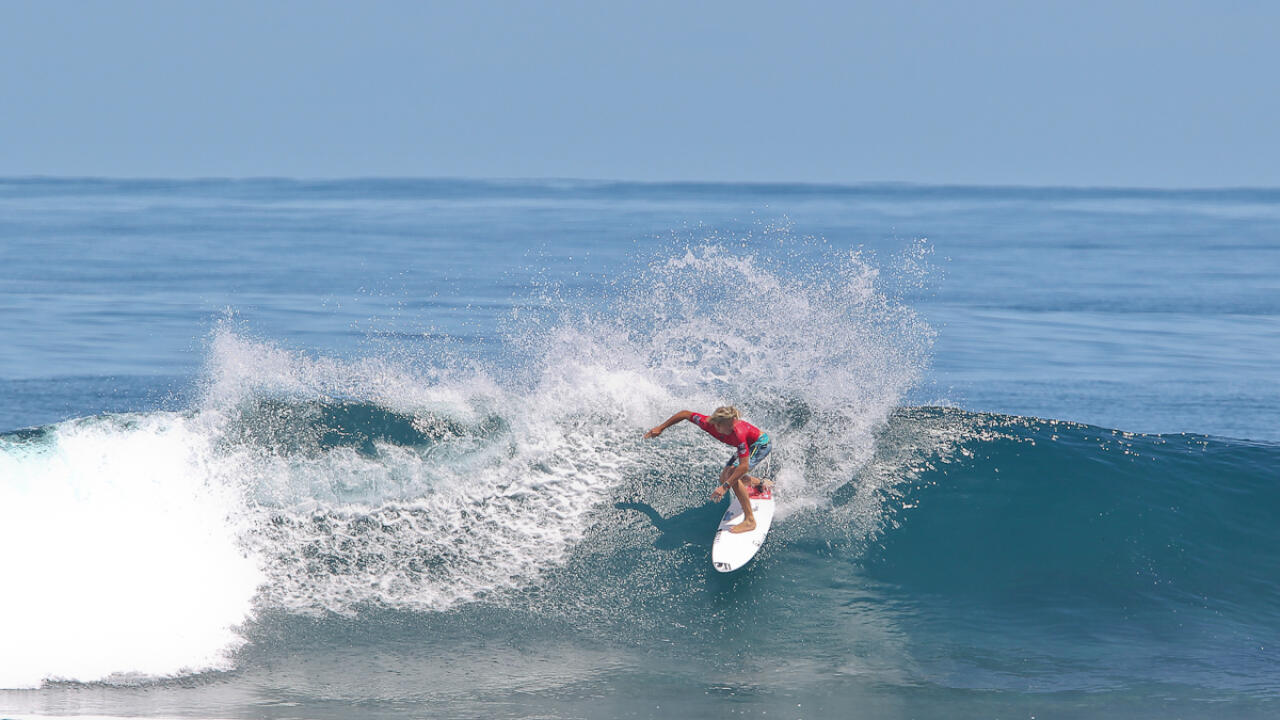 Moses Le Grice has been turniong heads with his performance at the Krui Pro. - WSL / Tim Hain

"I've never made the finals at a QS before so to win a Quarterfinal feels amazing!" Le Grice said. "Dede is a great surfer, I know that he can get big score all the time so it was a nervous wait without priority at the end there. Luckily I got through and I'm so excited for finals day tomorrow."