The Pro Junior women will be making their way out in the lineup of Zippers alongside the QS elite and men's Junior Tour starting tomorrow, June 6 - 11. - WSL / MARENELMAR

With three months separating the previous Ron Jon Vans Pro Junior and the upcoming Los Cabos Open of Surf for the North America Pro Junior Tour, competitors must stay sharp. Some take to the Qualifying Series to begin getting their name in the mix and others return to the amateur ranks to keep the jersey on there. But, whatever their path may be, all roads lead to San Jose Del Cabo for a chance at gaining momentum toward the rest of the year and building toward their ultimate goal of World Junior Championships.

For the Pro Junior women, it was a steep learning curve as the international field in attendance for the QS6,000 event wreaked havoc and represented five of the eight Semifinalists. With only Meah Collins earning a spot in the Finals, no keeper results were on hand for the Top 2 by season's end -- Alyssa Spencer and Leilani McGonagle.

Spencer came back firing on all cylinders in 2017 to claim her second consecutive title in Cocoa Beach, but now returns to Zippers -- a forgettable venue for the Carlsbad surfer. Though she put up a fight against some of the QS elite, her Pro Junior efforts yielded a Quarterfinal result and one she dropped by season's end. 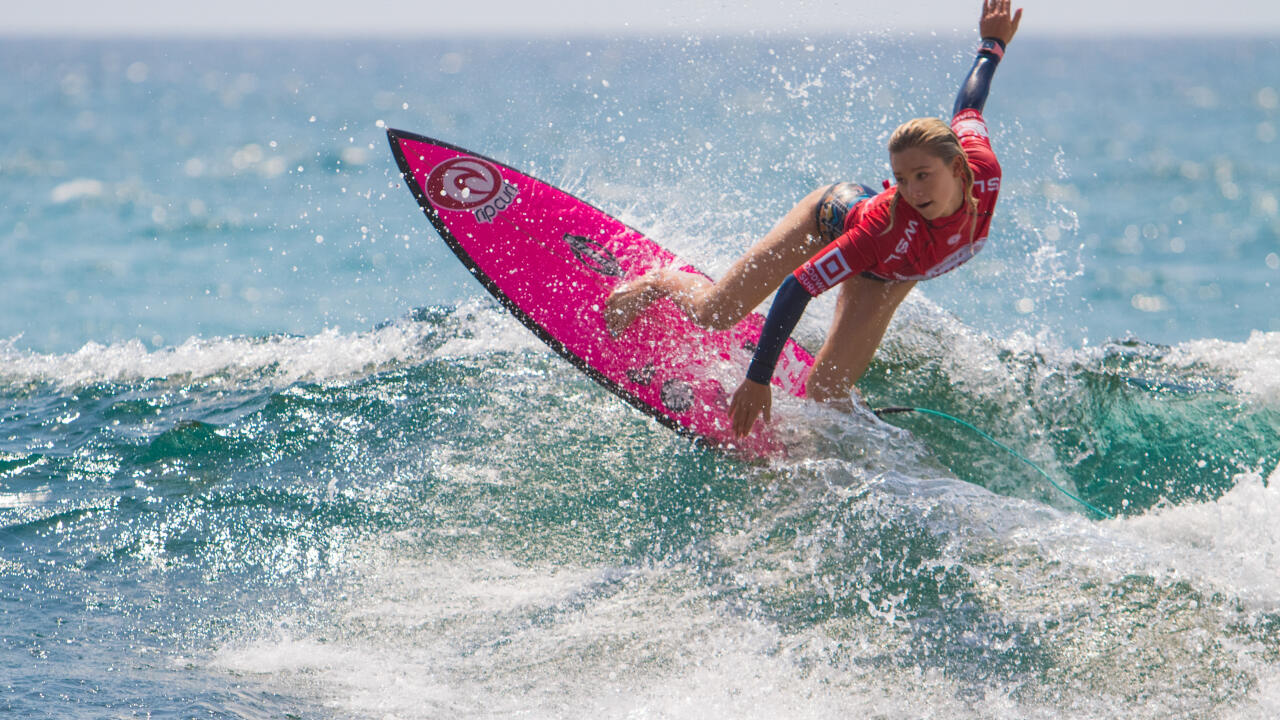 Alyssa Spencer's explosive backhand is suited for what Zippers can offer up. - WSL / MARENELMAR

But, while the 14-year-old ripper still has many years to gain experience, her determination is steadfast and makes her one to watch in both the QS and Pro Junior events.

"It feels so good to start off the year with a win again and I hope I can get a better result this year at zippers but it is going to be very challenging because all of the girls are surfing so good," Spencer said. "It's so amazing to travel to places like Cabo and see different cultures. The people in Mexico are always so friendly and fun. I have experienced some really amazing things that I will never forget. I am super excited to be coming back to Cabo this year to compete. The wave at Zippers can get really good. So I'm hoping for some swell." At the other end of the spectrum, 17-year-old, McGonagle enters her last year as a Pro Junior and wants to back up her North America Regional Title by year's end. Her fourth-place finish at stop No. 1 keeps her in the hunt, but will need another big result on her backhand to stay in that Top 2 race.

"-I'm really excited to get back into the WSL jersey after I've kinda had a rough patch at the start of the year and have been focusing on improving my surfing -- backside being one of the main points I've been working on," McGonagle said. "I'm really excited to put it to test here at zippers. Last year was really difficult for me there was hardly any waves. It looks like there's a lot more swell this year, which makes me very very happy."

"The juniors is filled with girls from all the other regions, which makes it even harder than worlds since we have all the best girls from everywhere. Excited to surf against them all. Having the QS as well is really great 2 comps in one saves a lot of traveling. I'm just going to give my all and hope it's enough." Joining the women in the water, the men's Junior Tour returns to the lineup with a few looking to maintain their top spots and others trying to scratch their back up the rankings. - WSL / MARENELMAR

After his first WSL win came earlier this year at the Ron Jon Vans Pro Junior, Ryland Rubens jumped out to the ratings lead for the first time in his career. But, the San Diego native has never put pressure on himself in the past and looks to keep his head in the right place at Cabo for his last Junior Tour appearance here. Though, he will need to build on his Quarterfinal result from last year if he's to keep a good pace for 2017. Ryland Rubens' backhand attack will be one to watch in the Zippers lineup this year. - WSL / John W. Ferguson

"It feels nice to get out to a good start, but the season just started so I'm trying not to get too ahead of myself," Rubens said. "I don't spend time reflecting on the past, and want to go heat by heat this year and do my best. A good result would be great for sure, but i just want to enjoy my time in Cabo as this may be the last time I will ever surf Zippers."