The Los Cabos Open of Surf Women's Pro Junior Quarterfinalists making their way out for a chance at making an all-important finals day. - WSL / Andrew Nichols

Zippers has proven to be fickle at times, and the women's Pro Junior Quarterfinalists dealt with it brilliantly amid the tricky, low-tide conditions. Much to the tune of last year's international dominance, this year has had lot of the same despite some breakthrough performances from some of the North America competitors. A few regional surfers will try to secure maximum points toward the rankings and take back the title from Australian hands -- along with Hawaiian and Japanese representatives. Alyssa Spencer is becoming one of the major threats of North America with each passing heat. The 14-year-old's dynamic backhand attack has pushed her past the dreaded Quarterfinals where she fell last year and can now force the issue on the leaderboard with one more heat win -- as all regional representatives but Kirra Pinkerton and Caroline Marks were eliminated in the Quarterfinals.

"It was really inconsistent, but when the waves came through they were really fun," Spencer said. "I had to sit for a long time to get that 8.33 and 7.00 so I'm glad I did. I've already bettered my result from last year now so I'm happy about that. It's great to be in the Semifinals, but it's going to be challenging with all the girls surfing [so well]." 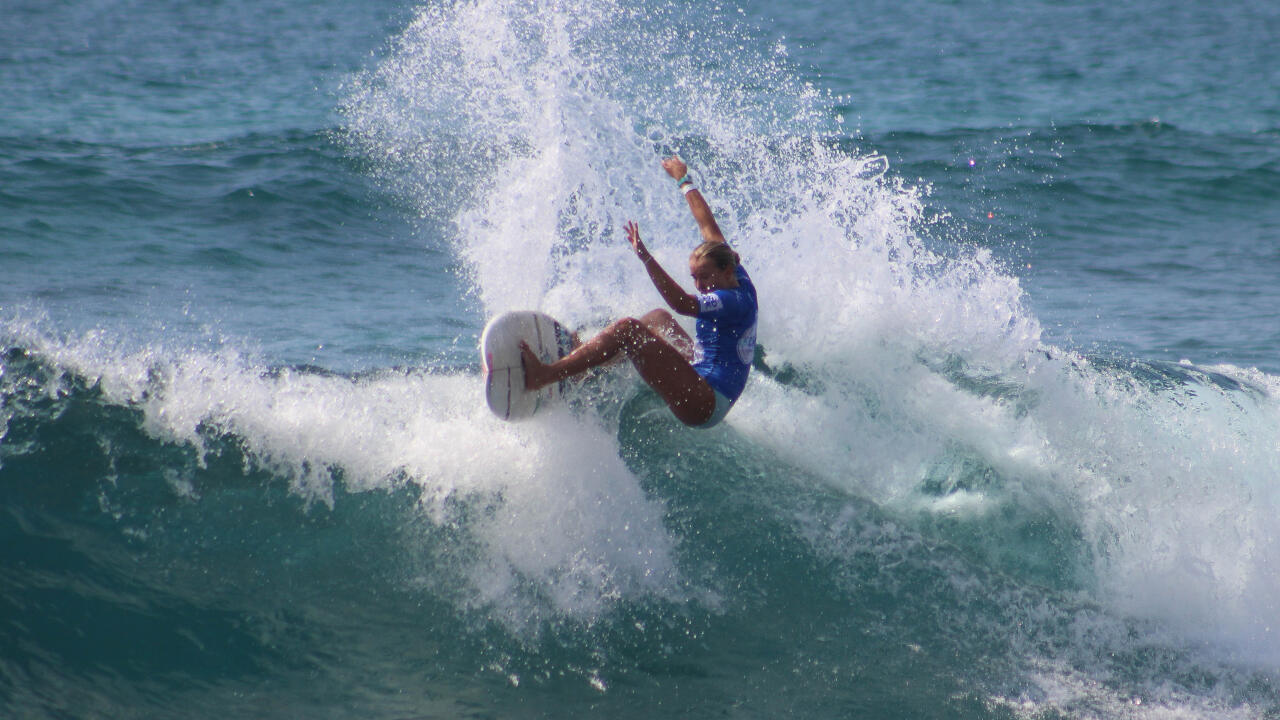 Summer Macedo's tear through the Pro Junior event continued with an excellent 8.33 of her own, and she's back in the Semifinals. The Maui native's earlier QS performance did not hinder her afternoon heat in the slightest and has plenty to look forward to on finals day.

"It was really tricky out there after all those last heats had so many waves, so I just kept telling myself there's going to be a set and to wait with priority," Macedo said. "It kind of never came and I used my priority on what ended up being a 4.50 which I thought was a mistake, but it ended up working out. I'm stoked to make it this far and now I'll just keep my focus on the Semis." Caroline Marks made a brilliant run in Friday's action, making it to both the QS and Pro Junior Quarterfinals. After a loss to Keely Andrew in the Quarters, however, Marks now shifts focus primarily to the Pro Junior. While it's all fun for the Floridian-turned-California transplant, her competitive nature never rests.

"Losing the QS was tough, but it was a great result there and I'll aim to do even better in the Pro Junior," Marks said. "It's such a fun wave and I got fortunate with a few opportunities in that heat. I felt like I was in good rhythm with the ocean and hopefully stay in tune in with it for the next heat." Reigning World Junior Champion Macy Callaghan continued to show what it takes to become a champ with brilliant surfing in the tough conditions. The Aussie, along with Alyssa Lock, can hold the Los Cabos title in Australia for a third consecutive year with finals day set when competition resumes.

"That was a pretty hard heat with almost no waves coming through, but I'm happy with the way I surfed," she said. "I'm excited to be in the Semis, I lost my QS heat earlier today so that was a bit of a bummer so now I'm aiming to get a good result in this. This Matt Biolos shape I have works amazing in these smaller waves and it moves really fast so I'm happy out there."

Another big day witnessed all women's action with the top seeds debuting in the QS6,000 and the women's Pro Junior beginning.