The day started with some of North America's best 18-and-under women competitors and a massive day of competition unfolded for the opening rounds. Each year, the South side arena of Huntington Beach Pier showcases these young women scratching for key points toward their regional season amid outside regional talents here to contest for the prestige of a US Open title. Last year, it was Brisa Hennessy who stole the show and the Hawaiian islands will be represented once more with two representatives in the Final.

Maui, Hawaii's, Summer Macedo took over the lineup with a dominant display of surfing and punched her ticket to the Final after surfing through Round 1, Quarterfinal, and Semifinal bouts. Macedo saved her best for last and unleashed her forehand attack to earn a 8.67 and a win over 2016 World Junior Champion Macy Callaghan -- keeping the possibility of back-to-back Hawaii US Open Women's Pro Junior titles. "I got a good result at Worlds this year so we decided that QS events would take precedent to really get a feel for all those venues," Macedo said. "My goal is to come here, make the Final, and win it -- but that's way easier said then done. You get here and it's tough conditions against girls like Samanatha (Sibley) and Rachel (Presti) who are some of North America's next top juniors. I got really fortunate in that Semifinal. I had priority and that peak came, and just allowed me to do more than one turn which you really have to take advantage of. It's incredible to be in the Final here, this is surfing's biggest stage for us and I'm just enjoying it."

San Clemente, California, native Samantha Sibley also advanced into her first Pro Junior Final of 2018, eliminating Callaghan. Sibley hasn't had the best year on the Pro Junior front, but a Quarterfinal finish at the Women's Barbados Surf Pro QS 3,000 and equal 25th at the Paul Mitchell Supergirl Pro QS 6,000 has kept her confidence up heading into a big US Open opportunity. "I've had a really weird year, but this is the most prestigious event for the Pro Juniors aside from Worlds so I'm super stoked to make the Final," Sibley said. "It's important for my momentum on the junior side of competing. I've had an okay year on the QS with a few results, but it's just been a tough year competing in the Pro Juniors. To finally do good in one, especially this one, is amazing."

But, the Hawaii contingent weren't done yet as Women's QS threat Zoe McDougall is into her first-ever US Open Final -- helping eliminate current North America No. 1 Kirra Pinkerton. McDougall, 18, is into her last year as a Pro Junior after a prolific career, earning multiple wins in South Africa and on her home island of Oahu.

A long, marathon morning for McDougall witnessed her win a momentum building Round 1 before a close, runner-up Quarterfinal performance put her into a clutch Semifinal performance over Kayla Coscino -- who's into her best career finish -- and eliminated reigning North America Pro Junior Champion Alyssa Spencer. 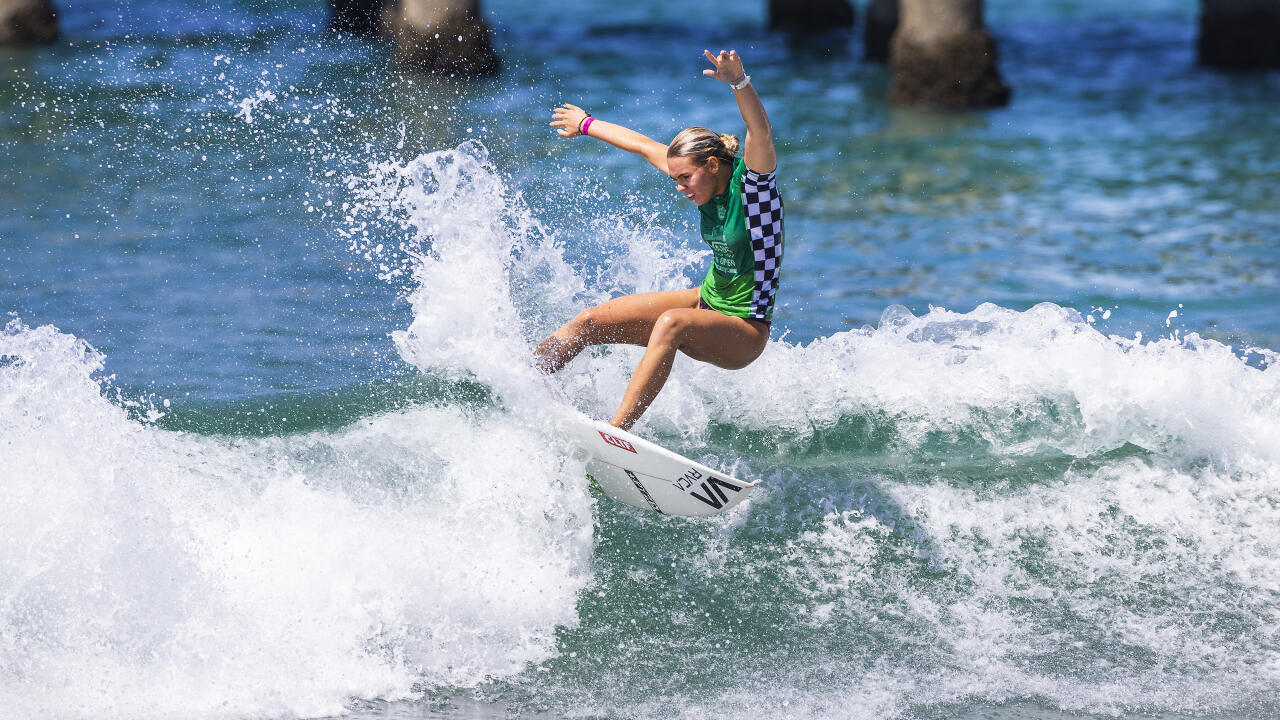 "It's so cool to fly the flag while we can and continue to do so in the future of this event," McDougall said. "I love competing here, even though I haven't been able to since it's a tough one to get into being in North America, it's such a big event with everyone from around the surfing world in one place. When I've done this event in the past I was really young and didn't do well, but I've always wanted to be in the Final for a chance to win so this is a dream come true."

For Coscino, the Laguna Beach, California, native, this event is everything at the moment. A rough start, not surpassing a ninth-place finish, has now turned to opportunity moving into the back half of 2018 with two more Pro Junior events (though The Live Like Zander Junior Pro is tentative at this time) remaining. "I'm really happy to be in the Final since this is such a big event and the one you really want to do well in," Coscino said. "It's really nerveracking out there just because anything can happen in those twenty-five minutes, you can from first to fourth in twenty seconds. It's fun to be around these girls, they're some of the best of the world and I get to be a part of a heat with them."