All of the Qualifying Series (QS) elite had to start somewhere and the WRV Outer Banks Pro QS1,000 presented by Pacifico is an example of a launching platform for those looking to do so. Kilian Garland's maiden victory at last year's event earned him the boost he needed to claim North America's QS title, and a spot into the coveted QS10,000s.

Some up-and-coming talents are reveling in the opportunity to compete in their home region. 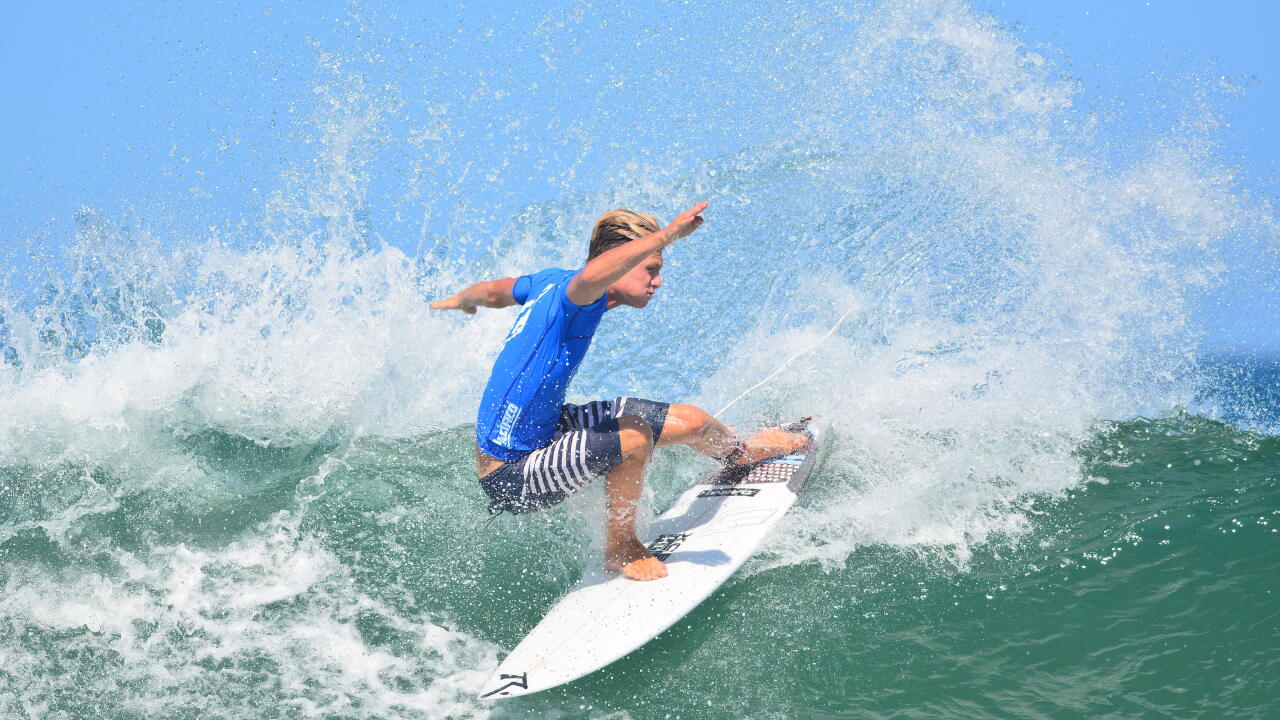 Kevin Schulz earned his best finish on the QS so far with a Semifinal result here last year and now looks to do one better in 2017. Schulz's disappointing finish in Acapulco only fueled the flame for a chance at earning vital points just a short trip away from his hometown of San Clemente.

"This event was my best result last year and I feel really confident going into it this time around," Schulz said. "My small wave boards are feeling pretty magical at the moment and half of the battle on the East Coast seems to be figuring out the proper equipment. Last year we got a hurricane swell, but the winds took a funny turn last minute so we had to wrap up the event earlier than expected. I would be really happy to see something come together on the charts before the event." A surfer primed and ready for these QS1,000s is Ryland Rubens. The Pacific Beach, Calif., native will finish off his Pro Junior career by year's end and take to the QS full-time for a chance at chasing down a spot on the Championship Tour (CT). Rubens currently leads the Junior Tour rankings in North America and now looks to translate that success to the QS.

"It's great [to the see this event back] because I like the area and the people are nice so that makes it more welcoming in wanting to come back," Rubens said. "The QS has taught me just to enjoy the moments traveling. It's easy to block everything out when you go on the road, and you never learn about different cultures if you do that. Even though it's a more mellow event, I still take it as the same magnitude as the Vans Pro. Maybe there's a little less pressure because you're not double dipping with the Pro Junior, but I see it as the same." This event also keeps the rising QS contingent on their toes with the likes of former CT competitor Gabe Kling and the elder guard in attendance. - WSL / John W. Ferguson

LG Shaw has been the man behind the curtain since this event's inception in 2014. With the help of a passionate team in charge of the production and live broadcast, this event continues to be one surfers relish in their young careers with it's light-hearted atmosphere and consistent waves.

"With Pacifico's continued support, along with the confidence of Jennette's Pier, the town of Nags Head and all of our supporting sponsors, we truly love the event we are able to put together," Shaw said. "WRV loves the partnership we have grown with the WSL family and the athletes they have brought to the Outer Banks from around the world. The Outer Banks is the heart and soul of East Coast surfing and WRV loves that we are able to showcase some of the world's and local area's talent at this amazing event."

The event will be stream live through www.WRVOBXPRO.com and also welcome in a newly added concert series that Pacifico will be taking to the towns of Outer Banks -- making it's way to Nags Head Sunday, September 3 beginning at 2 p.m.