At just 26, photographer Morgan Maassen has more work and travel experience under his belt than most people get in a lifetime. Having grown up in Santa Barbara, Calif., and fallen in love with surf and film, he quickly shifted gears from the life of a traditional teen to that of a professional shooter, leaving school behind to work full-time. Since then, he's worked with pros from Kelly Slater to John John Florence and Stephanie Gilmore to Sage Erickson, and has become practically a household name among the surf cognoscenti.

Along the way, Maassen developed a special affinity for a certain Polynesian island. When this year's Billabong Pro Tahiti rolled around, he proposed a collaboration with the WSL to reveal how Tahiti -- and some of the pros who compete there -- look and feel through his eyes. Before the event kicks off Friday, August 11, here's a glimpse of the man behind the camera.

World Surf League: You of course have a special relationship with Tahiti. What is the special draw, or compelling element, for you?
Morgan Maassen: I have been hard-pressed to find anywhere else in the world as stunning as Tahiti. It is truly magical, between the stunning mountains, crystalline water and the almighty Teahupo'o. It is a place of power and respect, and a photo studio in its beauty. While I often return to shoot the same subject, I never grow bored of it. It is the pinnacle of what I want to point my camera at. How did you first come to visit the island, and how did you develop your connection to it?
In 2010, Billabong Women's asked me to spend a week in Tahiti with their women shooting surfing, lifestyle and adventure. I was there in a heartbeat, and had an absolute blast exploring both Tahiti and Moorea. During those seven days, we had amazing surf, flawless weather, got to swim with Humpback whales... it was a dream come true. I left feeling incredibly fortunate and immediately started plotting how to get back.

The pieces you created for the Billabong Tahiti Pro are beautiful and moody. What is the concept behind them? What are you trying to evoke with each?
I wanted to craft several short films that parlay the elements of Tahiti -- be they waves, jungle, wildlife, or surfing -- and placate their differences through very simple, natural transitions. I consider them little odes to the magnificence of the land and sea, and a tease for the upcoming Tahiti Pro. There is also some incredible underwater photography in each piece. What it is like trying to navigate the reef at Teahupo'o with film equipment? Is there a trick of the trade to make it all work?
Teahupo'o breaks like a machine, so its actually quite easy to figure out where you need to be to get what you want when the conditions are perfect. What is difficult to work with are changes in the swell, winds, currents, and rogue waves that have you scrambling at the last second. And, in the unfortunate situation of finding yourself out of place, you're in for a violent beating and an encounter with the sharp reef. The two tricks I adhere to are training rigorously with biking/running for leg strength, and knowing my limits as to when to not push myself too far in the water.

How did you discover photography and filmmaking?
When I was 13, I injured myself surfing, which saw me out of the water for several months. This coincided with a mentor program at junior high, and as someone had already spoken for the idea of shaping a surfboard, so I had to find another means to incorporate my passion into it. I ended up enlisting my father's friend, a cinematographer, and the family camcorder to learn the ropes of shooting and editing video, ultimately producing a nine-minute short film... and it was terrible! But I was so immensely gratified with exploring cinematography, video editing, music, and documenting the beautiful waves and talented surfers of my neighborhood. 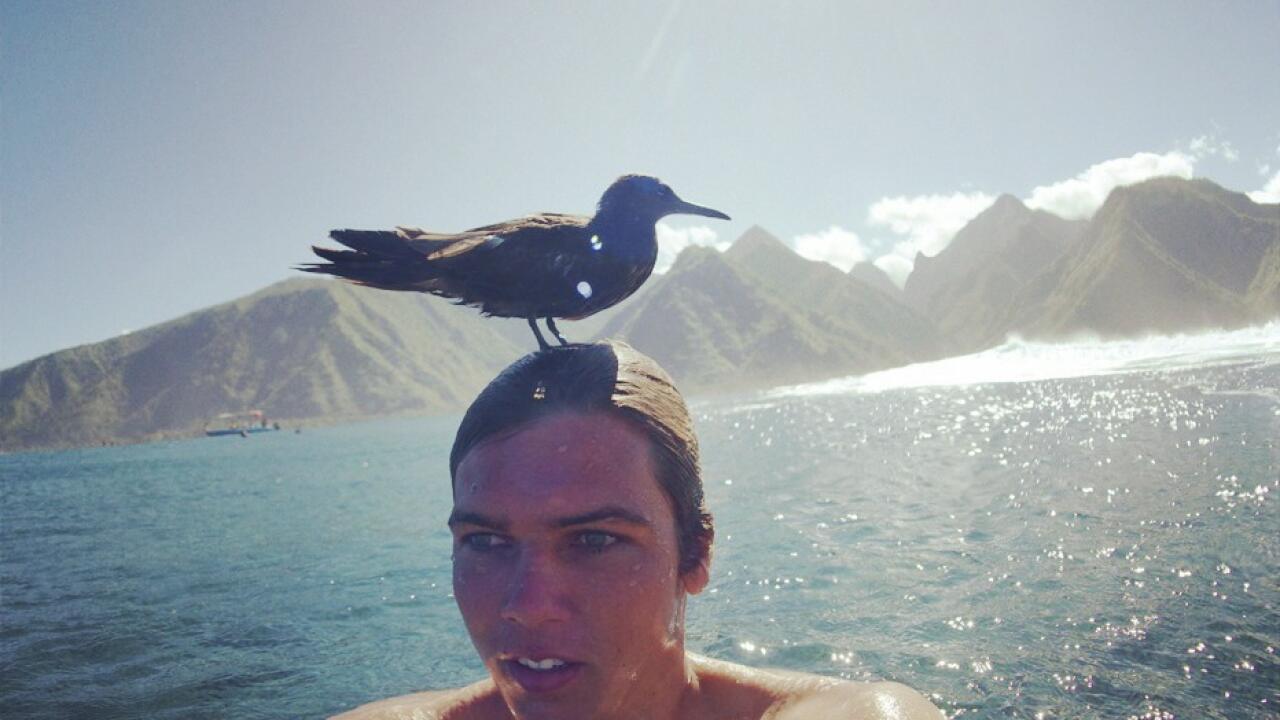 From there, I set out on a journey of odd jobs to continuously upgrade my cameras and computers, while producing short videos that I uploaded to YouTube and Myspace, and several longer films that I sold in our local surf shops. Around age 18, my dad casually suggested I try out photography, to compliment the videos I was making. He lent me his Nikon D50 and a couple of old lenses. The transition from capturing to freezing motion absolutely blew my mind. I immediately changed gears and began shooting photos every day, of everything I could point my camera at.

You won the Follow the Light Foundation's award -- which was created in honor of longtime surf photo editor Flame -- in 2010. How did that impact your career?
I dedicated the whole of 2009 to learning photography and traveling as much as I could, and returned at the end of the year with a hard drive full of imagery. I meticulously redesigned my website, and continued to actively update my blog documenting my progress. Through these channels, I was fortunate enough to have Patagonia, Billabong, Surfer, and Tracks reach out and start to use my photos or commission me for work. However, I was still a total outsider, and had no grasp of the surf world, nor did it know me. I entered Follow the Light at the encouragement of Surfing Magazine's Peter Taras, and was beyond honored to win that year. Immediately, it put my name on the map, as the exposure I got from that evening event in Huntington was amazing. It gave my work credibility, a face to my name, and got my foot in the door with all of the brands, magazines, and pro surfers I aspired to work with. You have said that finding one's niche in their career and aggressively pursuing it is key, especially in a crowded field of aspiring photographers. What has that entailed for you?
I never set out to dictate how my photos look or the overall vibe of my body of work. I aim to capture what inspires and intrigues me, and use cameras/lenses that I feel can best do that job. I continuously experiment, challenge myself, and strive to produce my best work. In these steps, a strong voice naturally appeared in showcasing what works, what piques my interest, and what I am most proud of.

Surfing and photographers have, arguably, a symbiotic relationship. How would you describe that dynamic?
Surfing, in my opinion, is one of the most unique expressions a human can partake in. Riding waves on nothing but a board, floating in the ocean, traveling across the far reaches of the world. It is unlike anything, except maybe art itself. In the process of photographing and filming surfing, the level of artistic exploration and creativity achievable is unlimited. Compared to, say the sport of tennis, surfing is 100 percent open to anyone's imagination, which is where the fun begins when bringing cameras into the sport.

Who is your favorite surfer to photograph, and why?
Without question, Stephanie Gilmore. She blends all the elements of technical ability, power, and style, but brings a gracefulness to her surfing, that is unparalleled.

Lastly, who's going to win the Tahiti Pro this year?
I have a strong feeling it will be Owen Wright or Matt Wilkinson, but I am personally hoping it's Filipe Toledo. I'd love to see him rise to the occasion, win the event, and make the title race absolutely wild.