Soup Bowl will host the the Live Like Zander Junior Pro in Memory of Zander Venezia and Thomo QS1,000 in Memory of Bill Thomson November 9 through 12. - WSL / Andrew Nichols

The island nation of Barbados fell on unimaginably tough times this year, losing one of its original veterans of surfing, Bill "Thomo" Thomson, in the spring, and young surfer Zander Venezia, just two weeks ago in heavy surf. The community has come together to support each other and honor their lost friends with two new events, the Thomo QS1000 in Memory of Bill Thomson and the Live Like Zander Junior Pro In Memory of Zander Venezia.

This marks the Qualifying Series' return to the famed righthand reefbreak of Soup Bowl after nearly a decade away. The event will run alongside the fifth annual Pro Junior contest as it continues to provide the capstone event for the men's and women's North America Pro Junior Tour. The surf community has been mourning the untimely death of Venezia, who was 16 when he died earlier this summer. Event director Christopher Clarke was one of many who witnessed the Barbadian grow up within the competitive surfing world.

"It is very important to us to keep the event running because Zander was one of the very reasons we started events like this in Barbados," he said. "We all found joy in expressing ourselves through surfing contest for one reason or another and I think Zander did just that in his surfing. To have this event in Zander's honor is a privilege to be a part of. He always had time to share with all the visiting surfers and showed the true Barbadian way of life. To be able to celebrate his life by bringing together some of the best junior surfers in the Americas to showcase their talent and love for the sport are very fitting. Zander would have wanted the event to go on." A shot of Venezia's last session on his home island of Barbados, where those around him say Zander said he caught the best wave of his life. - WSL / Asher Nolan

After Zander's death, there was an outpouring of love for the Venezia family -- Zander's father, Louis, mother Lisa and sister Bella -- from around the world. Alan Burke, father to competitive surfers Joshua and Jacob, saw Venezia as a third son within their close-knit community and stepped in to help any way he could for these upcoming events. Burke's youngest son, Jacob, grew up alongside Venezia and spent countless hours in the lineups around the island with him. The 17-year-old's memories of his friend remain close to him as he prepares for the final events of this year.

"When it happened me and another friend Andrew Rose were talking about all the memories with him and bringing up stories -- we had a lot of good times with Zander," Burke said. "I'm looking forward to Soup Bowl and hopefully I do well there for Zander. Anytime I went there, he was there and we always had sessions there. He and I gave each other confidence when it was bigger and always paddled out together when it got sketchy. Now moving forward in surfing, I'll just try to keep him in mind always and remember the good times with him."

Earlier this year, another local, Bill "Thomo" Thomson also passed unexpectedly due to health issues and the Thomo QS1,000 was created to honor him, as one of the island's original surfers. Thomson helped shape the Barbados surfing community into what it is today -- strong, passionate, and talented. 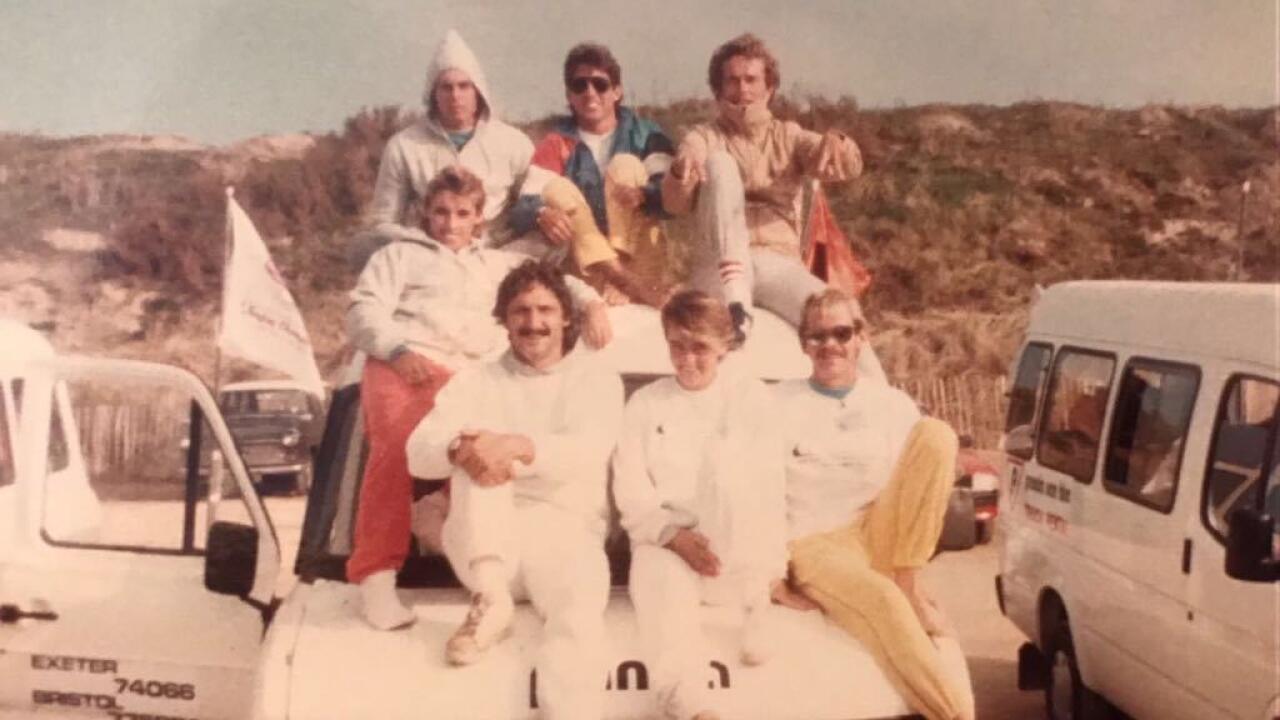 "The drive really started after the passing of Bill Thomson, who I consider to be my surf dad, as he was the one that was there for me every step of my surf career days," Burke said. "'Thomo,' as I affectionately called him, was also one of the fathers of competitive surfing in Barbados and played an integral part in its development not only in Barbados, but the Caribbean. Bob Packer, Sean Chandler, Andrew Lewis, all of whom Bill touched through surfing, agreed basically within seconds to form an alliance to make this tribute to Bill Thomson happen. Then the Zander tragedy occurred, and we obviously agreed to do whatever it takes to assist the event organizers of Surf Promotions Ltd., which is Lou [Venezia] and Chris Clarke, with whatever necessary for the event to come off smoothly."

The Live Like Zander Pro Junior In Memory of Zander Venezia and Thomo QS1,000 In Memory of Bill Thomson will run November 9 - 12 at Soup Bowl, Barbados.

Jordan Heaselgrave, Jacob and Josh Burke all enjoying a bit of home before the Thomo QS 1,000 In Memory of Bill Thomson.

The current Top 4, as well as top-seeded competitors, shined in their Round 2 debuts in Virginia Beach.