The World Surf League (WSL) is back on the shores of Barbados with plenty of action in store. The inaugural Thomo Men's Qualifying Series (QS) 1,000 In Memory of Bill Thomson will run alongside Live Like Zander Junior Pro In Memory of Zander Venezia which concludes the North America Junior Tour season November 9 through 12. Josh Burke earned a Semifinal at the last QS in Barbados during the Surf Pro QS3,000 and will look to do the same. - WSL / Martes

The men's QS returns to Soup Bowl for the first time since 2007 in honor of Bill "Thomo" Thomson and a stacked field of local Barbadian surfers, and North America regional talents, are ready to vie for 1,000 valuable points. This event follows the success of the Barbados Surf Pro Men's and Women's QS3,000 earlier this year, and event organizers are continuing to build events on the island to help native surfers such as Josh Burke earn points at home toward their campaigns. Burke comes into the event ranked No. 111, just missing out on a Triple Crown entry, but the 20-year-old now has an opportunity in his own backyard.

"It was amazing having the QS3,000 at Brandends earlier this year, but now having a QS1,000 at my favorite wave in the same year is crazy," Burke said. "I'm psyched to see Barbados hosting more QS events and making it easier on the Barbadian surfers budgets, while providing an opportunity for the local upcoming groms to see world-class surfers compete in person." 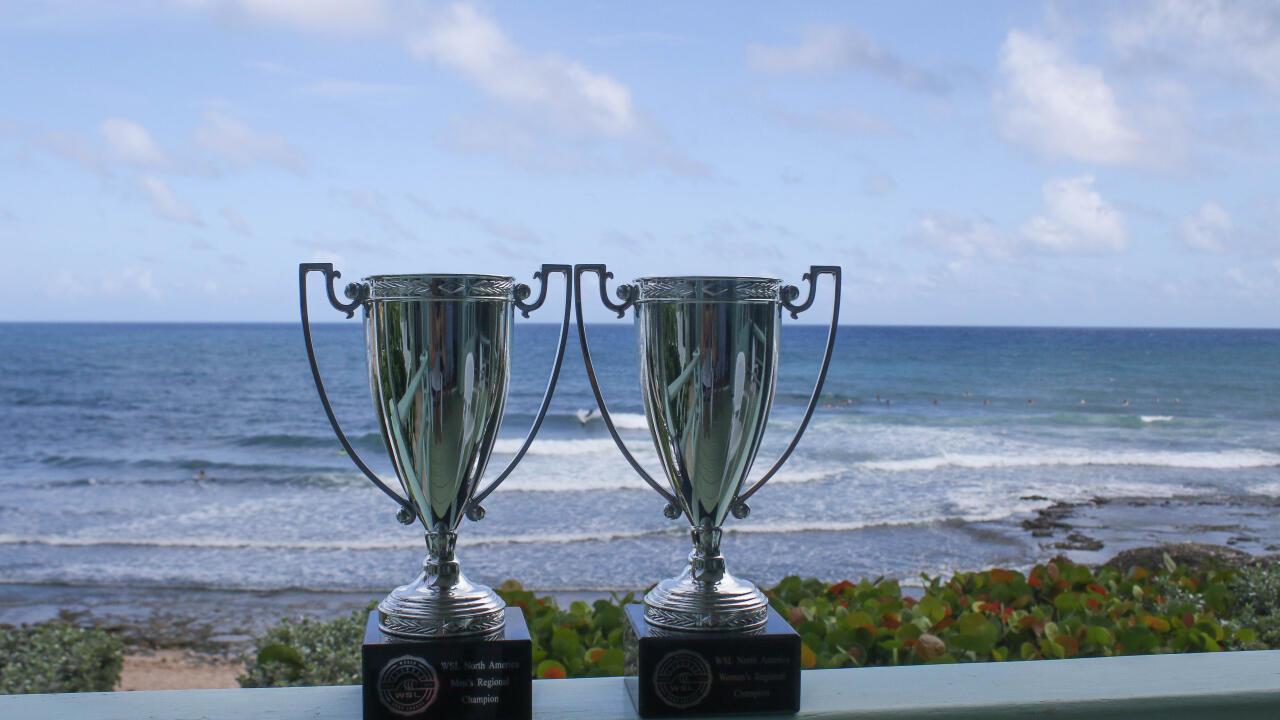 This year also marks a milestone fifth year that the North America Junior Tour seasons end on the beautiful shores of Bathsheba. Now named the Live Like Zander Junior Pro In Memory of Zander Venezia, after the tragic loss of Barbados' 16-year-old up-and-coming talent, it will be a much more meaningful year to all those involved -- particularly the eventual North America Regional Junior Champions as the trophy is also now dedicated to Venezia. With only one surfer, current No. 1 Ryland Rubens, mathematically guaranteed to remain in the Top 4, there's everything to surf for at Soup Bowl this year. Luke Gordon soared into a Semifinal last year and will have to replicate that performance once more, and perhaps further it, this year. - WSL / Lucas Murnaghan

East Coast native Luke Gordon currently sits at No. 4 on the rankings with 2,070 points and a spot in World Junior Championships, but has Tyler Gunter right behind him at No. 5 with 2,023 points. However, after dropping their lowest result, it is Gunter who has a 40-point advantage on Gordon, but will have to make use of that opportunity if he's to move ahead in the rankings. This marks Gordon's last year among the Junior Tour ranks and returns to Soup Bowl with much more to gain.

"Getting a chance to seal the deal here in Barbados is awesome," Gordon said. "It's one of my favorite places and it just makes it that much more exciting to have the opportunity to get a spot into Worlds. With everything going on and everything that has happened I'm just going to try and not think about anything too much, just take everything as it comes, and enjoy this whole trip as much as I can." Tommy Coleman's backhand will serve him well on what Soup Bowl throws at him. - WSL / Andrew Nichols

Current No. 6 Tommy Coleman could play ultimate spoiler to both Gordon and Gunter after he made the decision to finish the season at Soup Bowl. Currently sitting with 1,930 points, Coleman comes in with 1,810 of those counting which puts him right behind No. 4 and No. 5. The Floridian will cap off his first full Junior Tour year and has shown his prowess to be a future North America Regional Junior Champion threat.

"I just thought about it and was thinking I was kind of young, but I was in a spot where I can get in Top 4, so I said why not go for it?," Coleman said. "I'm super stoked for a chance to get into the Top 4 and qualify for Worlds. This season has brought me confidence and helped me out by being more strategic in my heats so I'll try to use that to finish this year strong." Samantha Sibley is the only one who can catch Alyssa Spencer to overtake the No. 1 spot, but must also hold onto her No. 2 spot among a hungry field of surfers. - WSL / Lucas Murnaghan

The women's side of competition at the Live Like Zander Junior Pro is just as open as the men's with only current No. 1 Alyssa Spencer a lock in the Top 2 for World Junior Championships qualification. But, an in-form Samantha Sibley looks to solidify her spot at No. 2 with consecutive Soup Bowl Final appearances. The 14-year-old will have to fend off the likes of No. 3 Kirra Pinkerton and No. 5 Leilani McGonagle en route to claiming that spot, but comes in with the proper mindset to hold her own.

"It's really exciting because I've been working really hard this year," Sibley said. "It's definitely one of my goals [to make Worlds] and I'm going to try my best to achieve it. Most importantly this has been a really fun event in the past and its something I'm really excited to be a part of. I've been trying not to focus on all of the different scenarios and really putting thought into bettering my own surfing each time I paddle out."