This week has seen more heroics at Nazaré. Maya Gabeira and Justine Dupont may have ridden the biggest waves of their careers. Andrew Cotton, with the heroic help of Hugo Vau and Garrett McNamara, somehow survived one of the most brutal wipeouts seen in recent years. Seven madman even negotiated a 25-foot monster on a Supsquatch. Kalani Lattanzi, Pato Teixeira, Lucas Chianca, Sebastian Steudtner and many others all rode waves that will no doubt feature as 2018 XXL Biggest Wave nominations. However, as brave as all those men and women who entered the Canyon on Wednesday were, their efforts pale in comparison to what Derek Rabelo achieved at the wave just a few weeks earlier. On that occasion the waves were nowhere near as big, perhaps even a third of the size. The difference however is that when Rabelo towed into a solid, Hawaiian-scale 15-foot wave, he couldn't see a thing. Not because of the spray or the wind, but because he is blind. That a surfer with no sight would and could take on one of the world's most powerful beachbreaks puts most of our life's obstacles into perspective.

Rabelo was born in Brazil 23 years ago. His father was such a keen surfer that he named his son after the Hawaiian World Champion Derek Ho. However Derek was born completely blind from congenital glaucoma. His family however had always instilled in him the belief that he could do anything he wanted, even if that meant becoming a surfer. Just six years ago that dream became a reality when he started surfing the beachbreaks around his home of Guarapari. 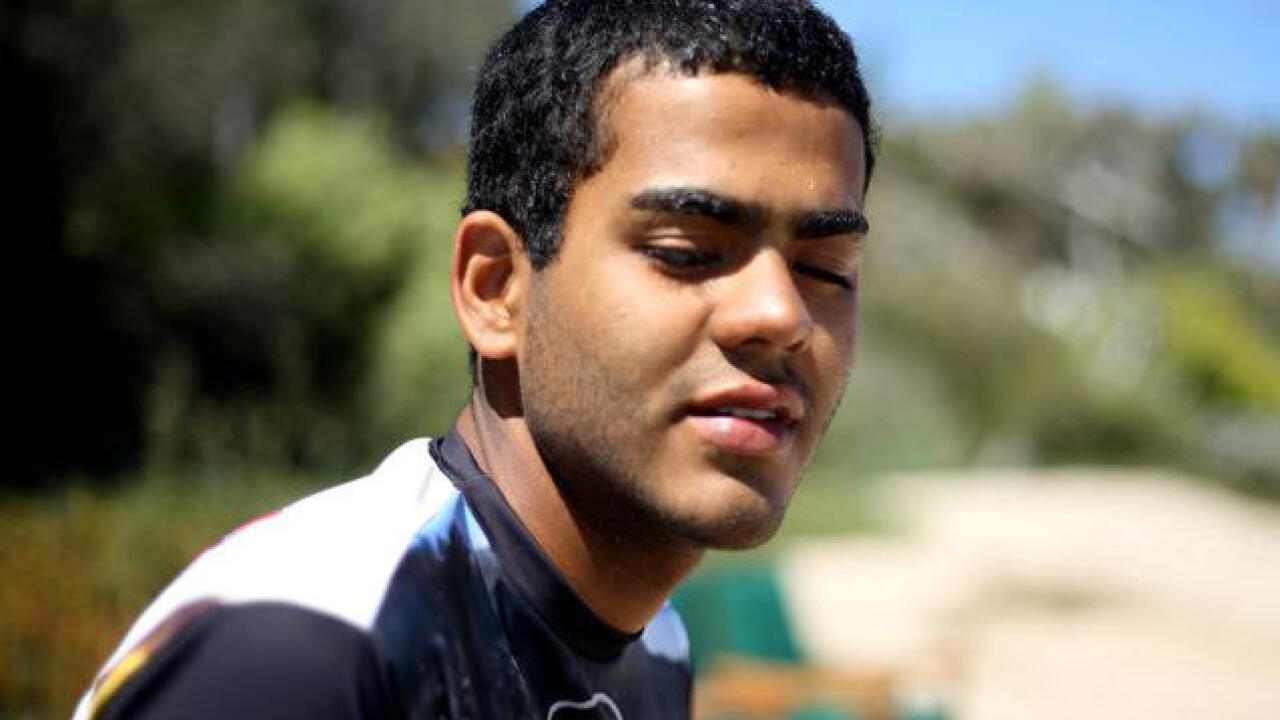 Derek Rabelo gets ready to paddle out. - WSL / Beyond Sight

Derek's progression was so fast that just a few years after standing up for the first time he traveled to Hawaii with the goal of surfing Pipeline. Footage of Derek tackling Pipeline with the help of Makua Rothman and friends went viral in 2012 and inspired filmmakers Bryan Jennings and Bruno Lemos to shoot a documentary about his life. That film, Beyond Sight, was released in 2014 to worldwide acclaim.

That film, which is available to watch for free from now through November 20, showed Derek's incredible drive and ambition and his remarkable journey drew in surfers like Kelly Slater, Bethany Hamilton, Makua Rothman and Laird Hamilton who all surfed with Derek and shared their knowledge and experience. 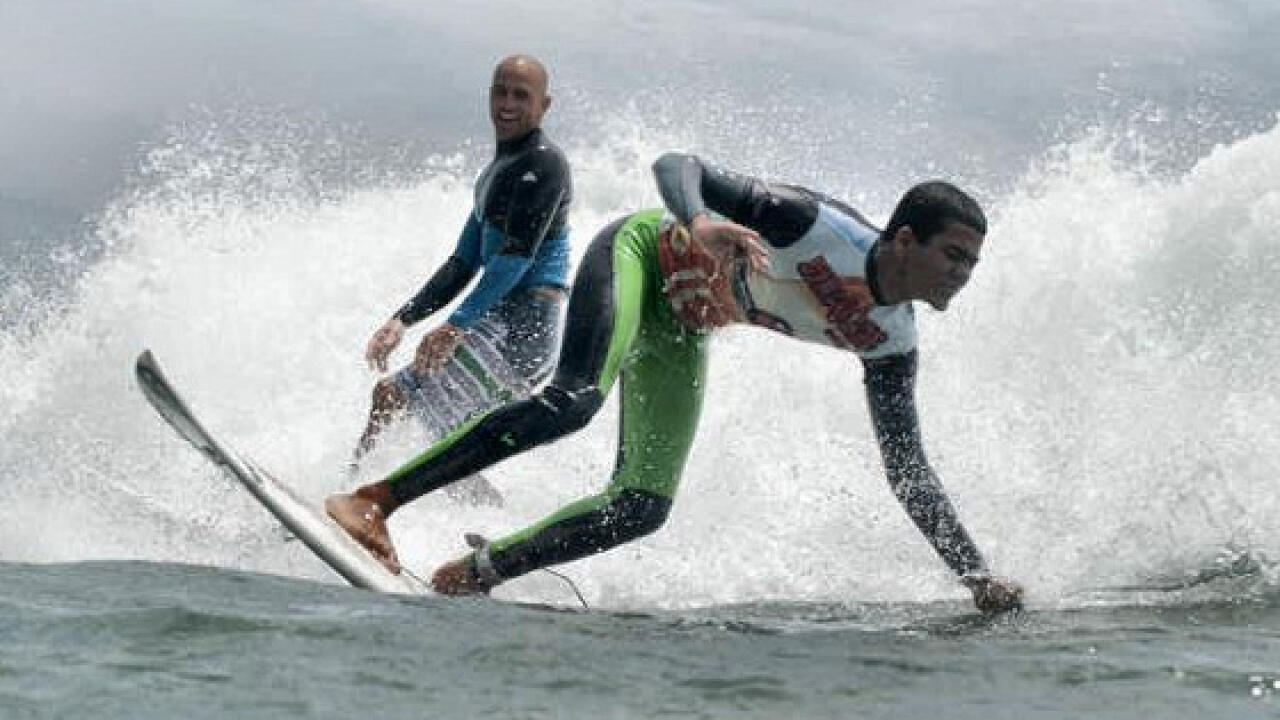 Kelly and Derek share a wave. - WSL / Beyond Sight

In the film Rabelo explained how it is possible to surf without sight. "I listen to the ocean and feel it. And every single part of a wave makes different noises. So, I can decide which side of the wave I should surf towards. If you have a dream, you have to believe in yourself. Otherwise, you cannot do it."

However, Derek was in no way finished. He simply kept setting his goals higher. A few years ago he stated his aims were to surf the three biggest waves he could find in Portugal, Tahiti and Hawaii. Derek and his wife Madeline have started a crowdfunding project to document his attempts and make another movie that inspires and entertains in equal measure.

A few weeks ago Rabelo achieved one of those goals when he was towed into a huge wave at Nazaré by Garrett McNamara. After making the drop, Rabelo was mowed down by the whitewater, a terrifying experience for anyone with all their faculties. Hugo Vau was on hand to scoop up the Brazilian and complete yet another incredible milestone for one of surfing's most inspirational surfers.