A hard-fought road to the Final ended with Cory Arrambide taking down an in-form Ian Gentil at Pismo Beach. - WSL / Brian Salce

A win on the Qualifying Series (QS) is no easy task and a seven-year winless drought was ended for Cory Arrambide at the inaugural Pismo Beach Open QS1,000 presented by Dignity Health. An incredible day of action capped off with a clash of event standouts Arrambide and Ian Gentil.

The two went head-to-head in a showdown to close out the first-ever WSL event on Pismo Beach's shores and Arrambide claimed his long-awaited, first-ever QS victory. "It feels really good to get a win finally and it's about time I did after so many years of getting close," Arrambide said. "I was trying not think too much because that's my worst enemy at events, so I just put no pressure on myself for this one. I based my whole year off the first two QS6,000s in Australia and had a shocker, so to cap off this year with a win is amazing."

The Ventura, California, native's winning result was well-earned after posting the day's highest single-wave score of a 9.50 in his Round Four bout. Arrambide found two more near-perfect scores in his Quarterfinal heat against Derek Peters -- earning the event's highest heat total of 18.33. But, the 28-year-old's backhand was relentless once more in the Final and posted another excellent 16.67 heat total.

"I could feel a lot of support on the beach and any event in California feels like home just being able to drive down the road," Arrambide said. "Now I'll see what's next and what I want to do for next year. But, to get a win like this at the end just makes the whole year worth it so I'm pumped." Ian Gentil may have spent two years away from the jersey, but he didn't lose any of his competitive fire. - WSL / Jon Reis

The Pismo Beach Open runner-up, Gentil, kept his dominant form going throughout the entire event until finally facing defeat in the Final. Gentil started his campaign in Round One and didn't lose a single heat en route to his second-place finish. The Maui native now has a big 2018 in store after time away from the jersey.

"I'm really stoked with this result and I came here with one goal -- to get into the Hawaii events for the Sunset event in January," Gentil said. "It's been really fun and I have a new attitude about competing. I'm still taking it seriously, but I've learned to just have fun. I'll look to move to Oahu next year and really throw myself in the scene with hopes of surfing in the Triple Crown next year." 2016 North America QS Regional Champion Kilian Garland fell to eventual winner Arrambide in a much-anticipated Semifinal bout. Garland put up a last-minute win over Collins in the Quarterfinals on his final wave and gave himself a big opportunity. But, the Santa Barbara, California, native still finished the year strong and will have a chance to find his way back into the Top 100.

"It's been a radical year and I've had a lot of good times competing in places I never thought I'd make it to," Garland said. "That was great to have a shot at the end of the year and maybe I should've put a little more effort into [the North America Regional Title], but I think my overall points are good enough to get into some of the bigger events. I've never had a QS near home and it was great to have my family and friends around me." 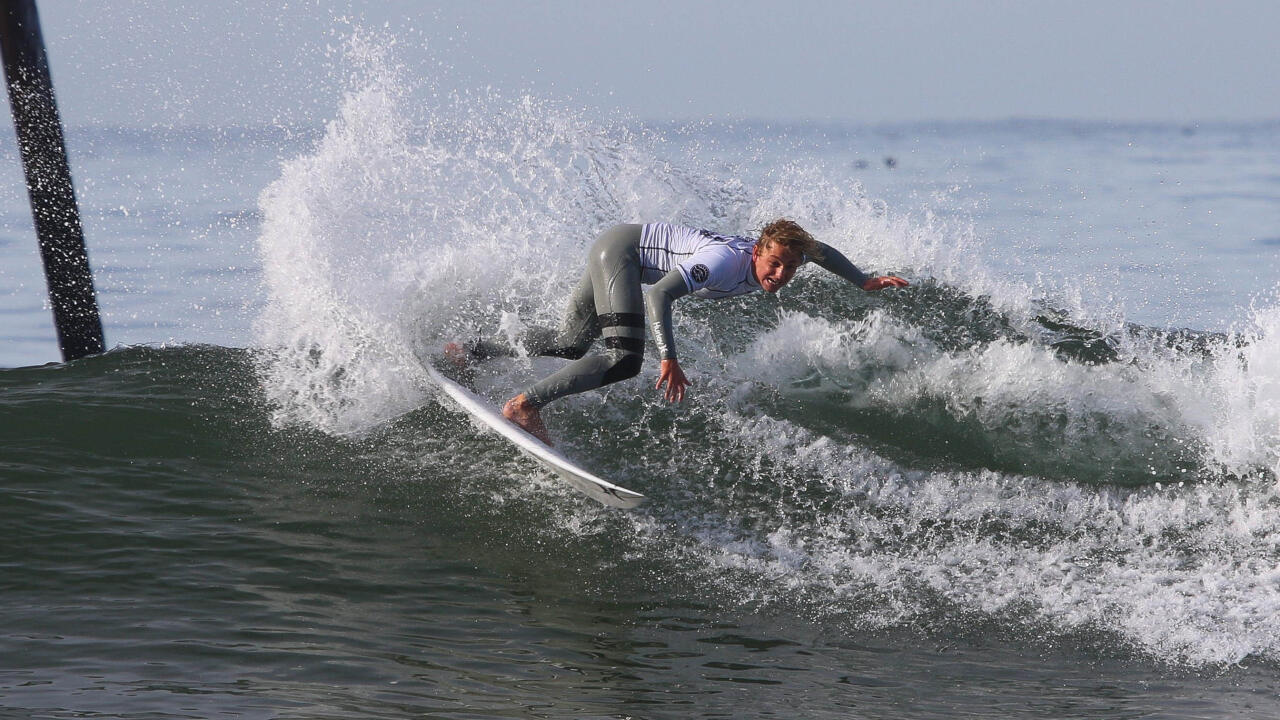 "I wanted to win it in the water so bad and to just leave it on the beach with nothing I could've done to change the outcome was insane to watch," Collins said. "They both surfed so well and Cory ripped the start of that heat and I thought he had it, but Kilian kept chipping away and I thought he had it at the end. I was just sweating bullets and it feels amazing to get this title -- I'm beyond excited to earn it after a long year." Semifinalist Taro Watanabe made an incredible run at Pismo Beach that was cut short by eventual runner-up Gentil. But, the 15-year-old showcased what he's capable of in tough conditions, defeating fellow 15-year-old upstart Kade Matson in the Quarterfinals after an impressive Round Four win to start the day.

"I'm stoked to finish off the year strong like this and I'm learning every event," Watanabe said. "I know why they call it the grind and you just have to surf your best. I've had heat strategy since I was young, but it really helps at these QS events. That was my first man-on-man heat with Kade [Matson] so that was great and now I'll just start looking forward to next year."