A warmer sunrise graced the shores of Sebastian Inlet for a big day of competiton that witnessed berths into Round Three for both men and women. - WSL / Andrew Nichols

The frigid cold weather subsided as competition heated up at Sebastian Inlet with north winds dying down throughout the day, and provided competitors ample scoring opportunities. Round Two of the Ron Jon Florida Pro pres by Sunshine State Florida Lager got underway and some familiar faces began showcasing what they're capable of. Summer Macedo is already off to an incredible 2018 with a runner-up at the World Junior Championships and opened up brilliantly here in Sebastian Inlet. The 17-year-old still has another year as a Pro Junior, but will keep her focus her on the QS instead. Macedo made a big statement with the event's first excellent score posted, an 8.10 (out of a possible 10), and stellar heat total of 15.43 (out of a possible 20) after early lead changes with Kirra Pinkerton before taking over.

"I've never surfed a wave like this before and it's my first time here so it's all a bit different -- and really cold," Macedo said. "But, it's fun traveling with my mom and Macy [Callaghan] so we've been training together which helps. It's kind of intense after doing an event like World Juniors then having to go straight into something like this, but I feel recharged and just happy which helps with the overall attitude." 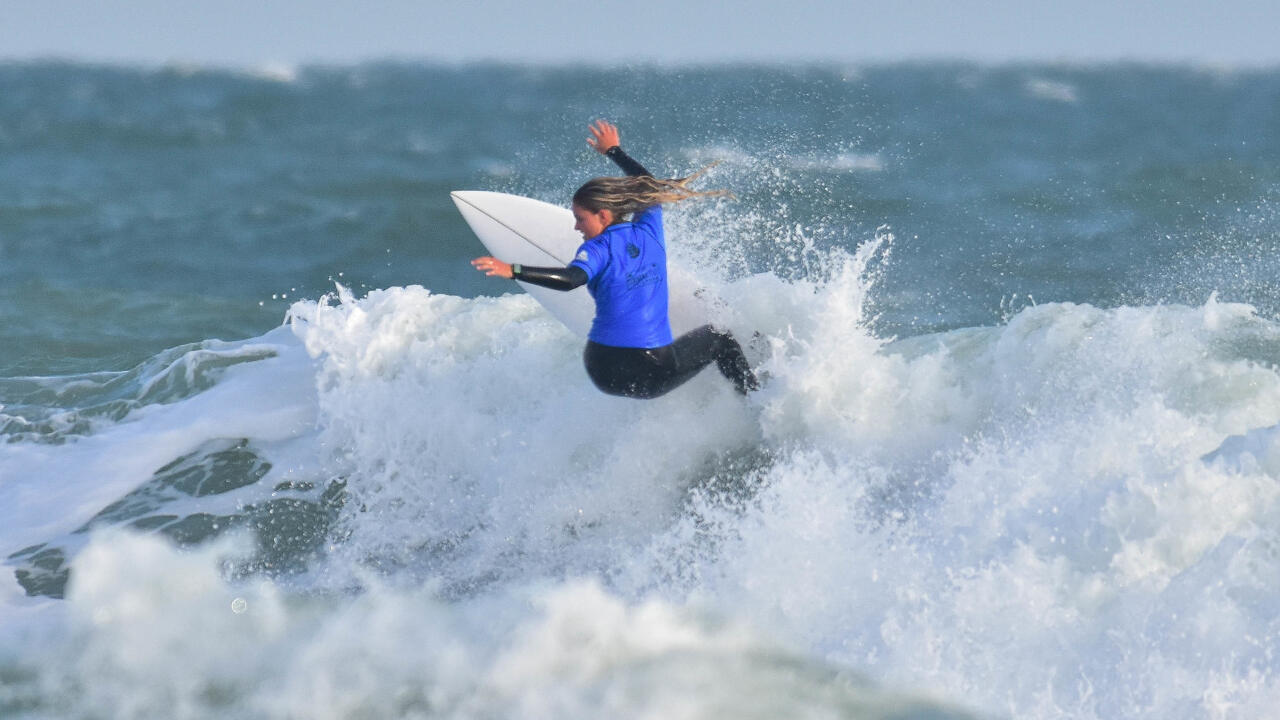 Fifteen-year-old Sophia Fulton hails from New South Wales, Australia, and had the World Junior Championships in her own backyard before kicking off her QS campaign across the world. Fulton's ambitions are set high at a young age and has already earned success on the QS with a win in South Africa last year - along with two Pro Junior wins to go along with it. The Aussie was able to come away with a debut Round Two heat win on unfamiliar equipment after her boards have yet to arrive in Florida.

"I had a good first heat at World Juniors, but then didn't back it up so I'm excited to get the first QS going here right away," Fulton said. "My mine goal here is to just go at it one heat at a time and try to come away with some points since it's a bigger event. Everyone wants to qualify, that's always the main goal, but this year I just want do well and find myself in a good place at the end of the year to build some confidence." 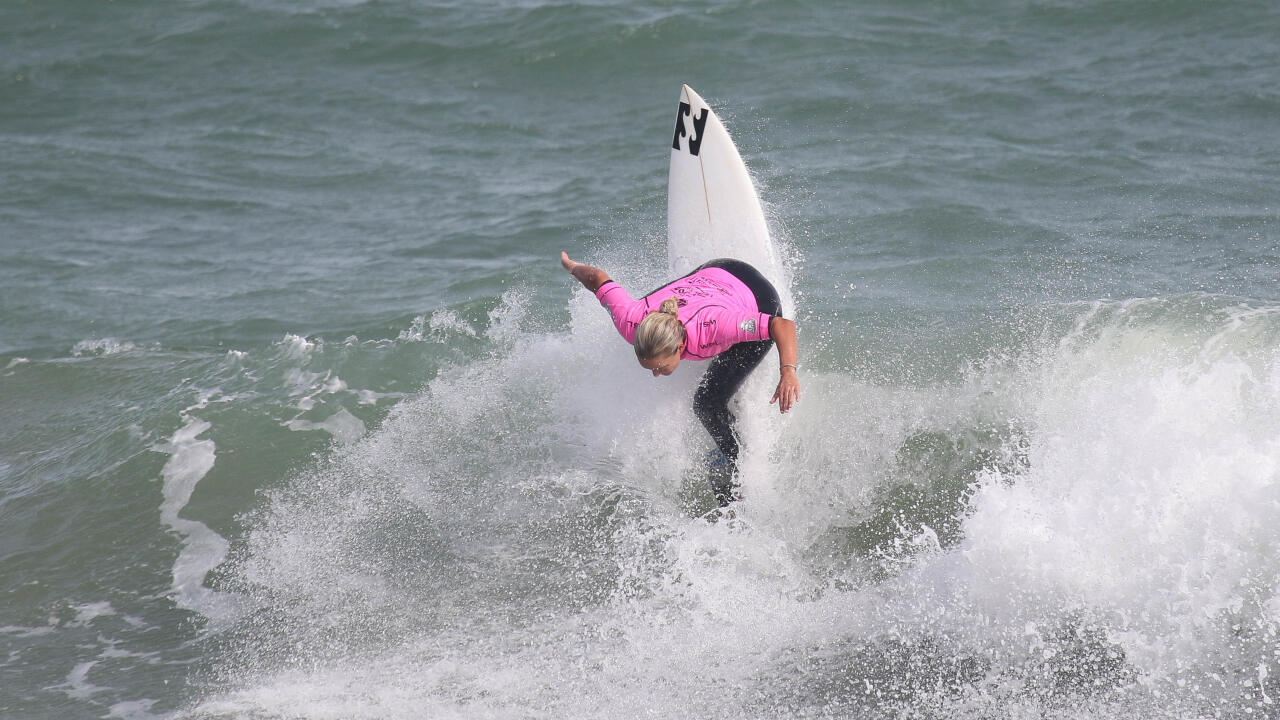 Not to be out done by her younger, fellow countrymen, Felicity Palmateer came out in dominating form to begin her 2018 season. Palmateer had a glimpse of the Top 17 when her friend, Chelsea Hedges, became pregnant and Palmateer took her spot for the remainder of that season. But, the Australian is back to prove she truly belongs there and is off to a great start in Florida.

"It's great to see these opportunities come up and to have it a place like Sebastian Inlet where it's beautiful is even better," Palmateer said. "I've had that bittersweet taste of the CT where you're on, but you're not really on, and I'm definitely fighting to get back there. I made my goals of making the seeded round in these QS6,000s happen so I'm giving it my all." The Florida Pro Men's QS1,5000 got Round Two match ups underway following the women's action and got through the first eight heats of competition. Top seeds made their debuts and set the pace for what's to be expected.

No. 1 seed and New Smyrna Beach, Florida, native Evan Geiselman is in unfamiliar territory after typically starting his season in Australia. But, the QS's return to Sebastian Inlet was something Geiselman was not going to miss out on. Geiselman got right to work with an excellent 8.00 and 6.00 backup in a lineup the Floridian hasn't visited for nearly seven years.

"It's crazy to think I was down here every weekend surfing the amateur events and now here we are with prestigious QS events," Geisleman said. "This is really cool, especially for the young kids - I remember growing up seeing all this so it's great to see it back. The year is started and I'm really looking forward to seeing what this swell does, it could get really fun this weekend." One of Barbados' top talents, Josh Burke, is all too familiar with the East Coast and capitalized on the waves that came to him. 2017 was a breakthrough year for the Barbadian surfer after breaking into the QS10,000s, but was unable to hold that ranking by season's end. Burke now looks to get moving early and reassess his goals for a fresh year.

"The waves are a lot better than I expected just coming to Florida a lot, but it's way colder than I've ever seen it - I think it's the first time I've worn a full suit" Burke said. "Last year I started in the QS6,000s so my goal was to be in the QS10,000s and I had a chance at the end of the year, but it didn't go my way. I've spent the last two months at home just getting ready for the year and helping my dad with his surf camp which has been great. Now it's time to just make heats and I'd like to be in the Top 50 at the end of year at least." Giorgio Gomez originally hails from just down the highway in Jupiter, Florida, but now calls San Clemente, California his home. The transplant retained his ability to grind it out on the lower tide conditions and earned his way into Round Three. But, Gomez has his eyes set on a much bigger prize, than just a debut heat win.

"I grew up watching the [Sebastian Inlet] Pro and just dreamed of surfing a pro event out here so I'm just super happy to be here," Gomez said. "Everyone's goal is to win this thing or at least make the Final, and I'm here to build points and try to get into those QS10,000s by year's end. At the same time, I'm not too worried about outcome and more focused on the process to improve myself in every aspect."