The women's Junior Tour can be a testament of true technical skill as conditions prove difficult throughout the various locations with occasional highlight moments. Cocoa Beach, Florida, provided clean and fun conditions throughout the day until high tide plagued the Ron Jon Roxy Junior Pro. However, the top talents were not phased and still delivered noteworthy performances.

Last year's dynamic duo of North America Regional Junior Champion Alyssa Spencer and No. 2 Kirra Pinkerton showed they are still the ones to take down with dominant, debut appearances. Kirra Pinkerton earning her scores where she could in testy conditions. - WSL / John Ferguson

Spencer is the two-time, defending event winner, but Pinkerton stole the show with a 15.33 (out of a possible 20) heat total in the Quarterfinals. The San Clemente, California, native spent most of her spring in Australia following the World Junior Championship and collected a few solid QS results in the process. Pinkerton, 15, now returns to the Junior Tour to kick off her 2018 campaign in hopes of returning to the WJC stage next year.

"I'm just trying to keep my energy after being so jet-lagged, but I've got it pretty figured out and it's exciting to get the first junior of the year going -- and already be into the Semifinals," Pinkerton said. "I had a few good results in Australia and I feel strong coming back here now, especially in these type of waves. If I can get a good result here and keep that going, I definitely don't want to be in the same position as last year where I knew I needed to do something in the Final [at Soup Bowl]." Pinkerton all smiles in her element. - WSL / Matt Dunbar

"It's so great being around these girls just growing up together and we push each other while traveling all around the world," Pinkerton added. "Alyssa [Spencer] was over in Australia as well and obviously got some training as well [watching her today] so she looked prepared for this contest. I'd love to get some wins this year on the Junior Tour and also some more QS heats under my belt to make it easier on myself on that level." But, Pinkerton will have to overcome a focused Spencer who has her eye on a three-peat in Cocoa Beach and the momentum to do so. The 14-year-old's recent success in Australia, earning back-to-back equal 9th-place finishes at the QS 6,000s, was prevalent in her opening debut Friday with two dominant heat wins.

"It's really cool to come back here, it's such a special place for me coming here for the first time two years ago and winning it," Spencer said. "I'm really excited to be back here to start the year. It feels like a restart and I still had those nerves coming here so it's nice to brush those off. This is definitely going to be a crazy event." Spencer has her eyes set on a promising horizon alongside her fellow contingent. - WSL / Tom Bennett

"I looked at the draw and saw all the girls here, so it's exciting and to see us pushing each other is great," Spencer added. "It's really crazy to see the level growing each time. One girl will push ahead and then the others will start to catch up -- it's really fun to be a part of." 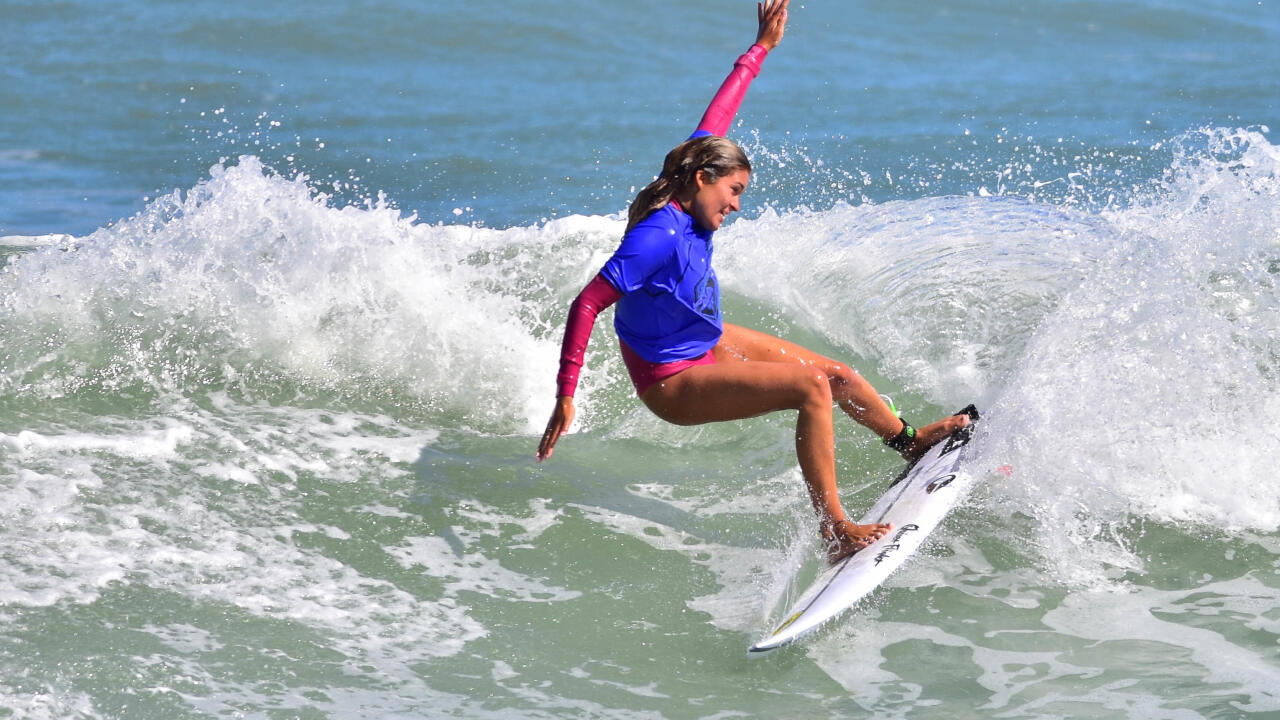 Still in the draw after earning runner-up in both her heats is 2017 North America No. 3 ranked Samantha Sibley and awaits to find her real pace in Florida.

The women will get their Semifinals back underway Sunday to conclude this year's edition of the Ron Jon Roxy Junior Pro.