And it was Kirra Pinkerton who got her second-career hoist up the beach Sunday morning in the women's junior event. Conditions turned on at the start of the Ron Jon Roxy Junior Pro and Alyssa Spencer's reign over Cocoa Beach was ended by an unstoppable Pinkerton. The 15-year-old now has back-to-back North America Junior Tour wins after winning the Live Like Zander Pro Junior In Memory of Zander Venezia to finish 2017. A quick start from Spencer left the field scratching to fight back and Pinkerton did just that -- earning a 7.17 on her first wave and backing that up with an impressive 8.57. Eva Woodland, third-place ,and Tiare Thompson, fourth-place, are off to their best starts on the Junior Tour. after a great showing

Pinkerton's win puts her at No. 1 on the rankings for the first time as the Californian duo start 2018 in terrific fashion. "It's kind of unbelievable to get that win because I didn't expect it at all and I'm just so happy to start the year off right," Pinkerton said. "The waves are tough here, but if you can get into the good ones you can really get some turns in. [Coming from Australia just before this one] the waves were literally flat over there so I was able to get some training on the board I was riding today. Alyssa [Spencer] got that 8.50 to start and I thought, 'No!" All I was thinking was that I needed to find the wave."

"But, my head calmed a little bit after getting that 7.17 and then got a little rattled when she backed it up so I went over to a different spot," Pinkerton said. "I didn't really see any waves coming there, but it felt right and I got that double-up to really do some turns. My original goal was to make it to Worlds, but now that I've won this one, my goal is to win all the events this year." Alyssa Spencer's dominant forehand started her off with an 8.50 in the Final. - WSL / John Ferguson

An in-form Spencer looked to be on her way to an unprecedented three-peat, but it wasn't to be. However, the 14-year-old will celebrate her March 13th birthday with a runner-up finish and Top 2 start once again in 2018.

"This morning was super tricky to get things started, but the waves were so fun in that Final and I'm really happy with how that Final went," Spencer said. "Kirra [Pinkerton] surfed so good and she definitely deserved that win. It was really exciting just going back and forth with her. It'll take a lot to stay in the Top 2 because it's so competitive and I'm not starting with a win this year, but runner-up is a great start and I'll have to keep working." And if her successful 2018 isn't enough for the Carlsbad, California, native already, she'll be heading back to Australia for a very special invite.

"I'll be going to Bells Beach for the CT trials there and it would be amazing if I can get into that event," Spencer continued. "It's such a great opportunity for me to learn and I'll just try my best over there. It'll be exciting just to even watch even if I don't get in, but I really want to earn that spot." Woodland came out firing on all cylinders with a big Round One win to start 2018 and finished strong to begin the season with a third-place result. 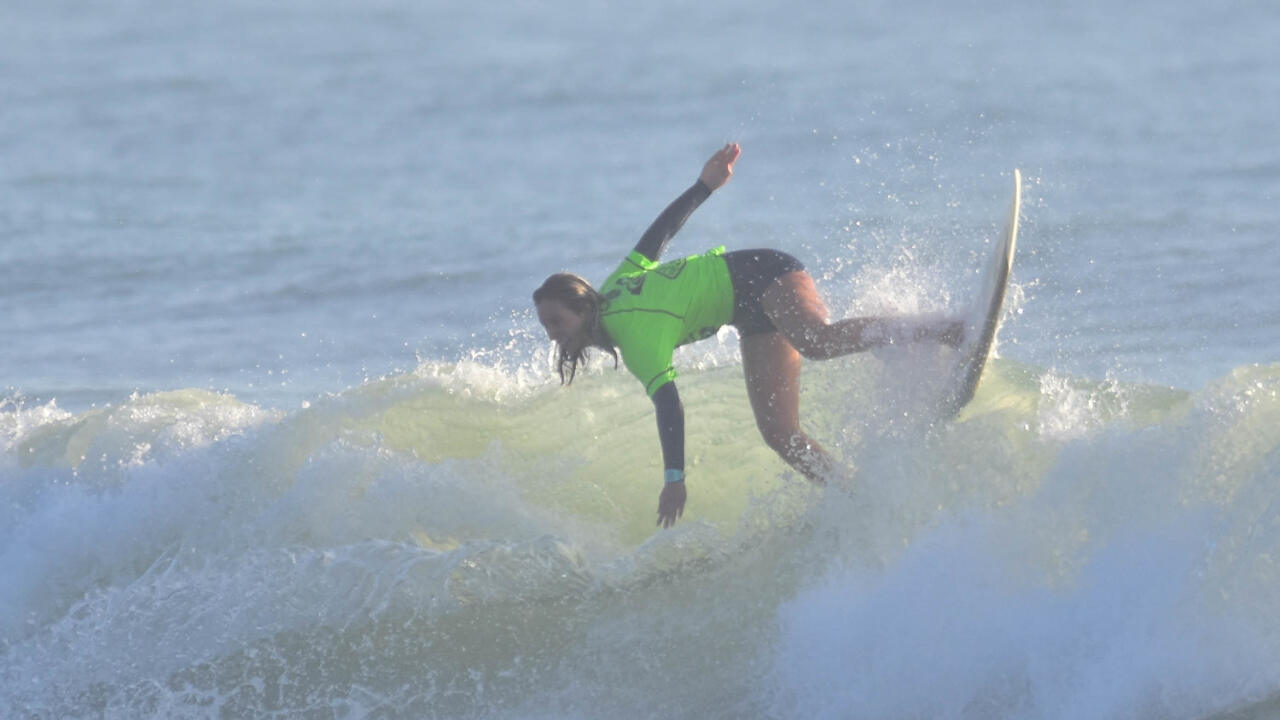 An impressive performance from Thompson garnered her a solid fourth-place finish for her campaign opener. The Californian is always a threat around the junior ranks and continues that resume with another Finals appearance.

The next North America Junior Tour event will be the Los Cabos Open of Surf at Cabo San Lucas, Mexico, June 13-17.