Wayne "Rabbit" Bartholomew is a legend in the surf world for not only winning the World Title in 1978, but also for helping to start professional surfing as it's known today. He was head of the then-ASP (Association of Surfing Professionals) from 1999-2009, and served as its CEO from 1999-2003. 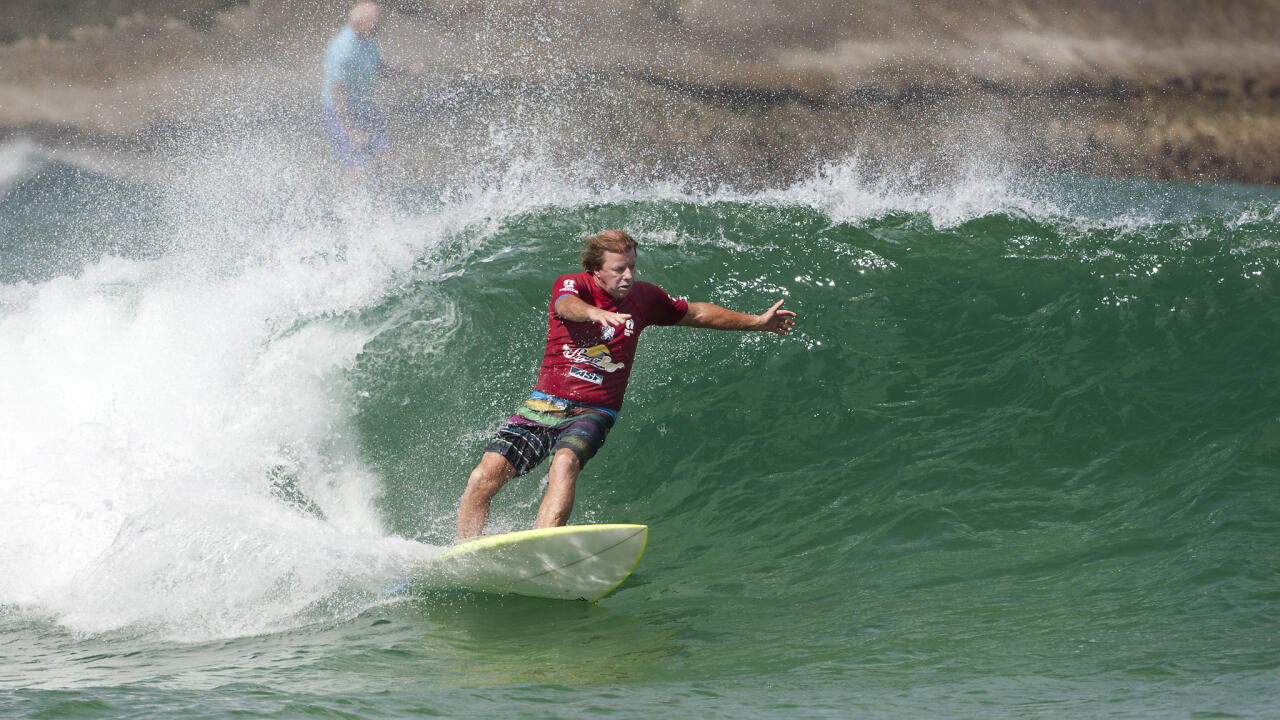 And this week on the Gold Coast, he's launching something new: A music festival called The Drop, which features bands playing for one night in each of the places the WSL Championship Tour (CT) stops in Australia -- the Gold Coast, Bells Beach, and Margaret River. The first of the festival nights is Saturday, March 17 in Coolanagatta, starting at 4:30 pm, and features Safia, the Dune Rats, San Cisco, Holy Holy, and Ruby Fields. Before the festival kicks off, Bartholomew popped over to the WSL Coolangatta office to talk music and surf. San Cisco, one of the bands playing at The Drop. - WSL

World Surf League: Has music always been a part of your life?
Rabbit Bartholomew: I think surfing and music go hand-in-hand. When I began surfing, in the 1960s, there was a youth revolution happening. Music and surfing ran a parallel course in popular culture. And really has ever since. There are just so many crossovers. So many people in great bands surf, so many surfers are musicians. It's natural. Music is such a motivation and inspiration for surfing. What were you listening to then?
As a kid, I watched the whole revolution happen, with the Beatles and the Rolling Stones. I mean, me personally, I loved Cat Stevens, Neil Young, Bob Dylan, Steely Dan, David Bowie -- I loved all that. I had a band, but I was the front man for a band called the Firewalkers, in the 1980s. Towards the end of my career, it was really for fun. I would have to say, we were big on entertainment and pretty poor on talent.

Could you describe a Firewalkers song?
We did a lot of covers. Rolling Stones, Doors. And then punk -- Sex Pistols, Slash. It was so entertaining. We'd open for bands and play some pretty big gigs. But it was really a novelty and a lot of fun, more than anything. But I can assure you the band's not getting back together. Will the band be making a cameo at The Drop?
I've had some cameos, I did a cover of "Born to Be Wild," it actually appeared in a Billabong video. Actually, Lisa Andersen has a little cameo in it. It was at a time when we were all staying together on the Tour, on a flat day, decided to do a funny little thing, and Billabong ended up putting it in a video.

I've always been a bit of a rock star tragic. I wanted to be the Mick Jagger of surfing. There's always been that showman streak [in me]. But I was really never a great singer, at all. I feel like I can dance OK. We've got to bring it back, fun time. Festivals are these funny moving projects, big to put together. Most of the people who do [a festival] don't do a second one. But I'm working with professionals who put festivals on around the world. What's The Drop's connection to each of the WSL's contests on the Australian leg -- the Gold Coast, Bells and Margaret River?
It's the first Saturday night of each waiting period. Obviously, the surfers are invited. It's not a later night by any means. But the plan is to basically start at the end of the day surfing. At Coolangatta, people can walk from the Quik and Roxy Pro, and then walk over to Duranbah. It's a beautiful location, overlooking the river. It's all very close, we're just hoping everyone walks away and goes, ‘that's a really great experience,' just like a great surf. You get that warm, fuzzy feeling.

Are we going to see some of your dance moves there?
There might be. I might have to moon-walk off the stage.

The Drop's opening night is Saturday, March 17 in Duranbah. Here's more on each of the three shows.