Nahoon Reef - It was a glorious April morning in East London as the competitors started filing in for finals day of the Mitchum Buffalo City Surf Pro pres by Reef Wetsuits. Despite the ominous forecasts of monster surf and onshore winds that had been swirling around the whole weekend, the swell filled in to about six-foot on a few of the sets, the wind puffed a little, backed off, and then disappeared altogether, and the waves fired throughout the afternoon's pushing tide. Powerful, high-performance right-hand walls reeling down the reef for competitors to get busy with. It was a sublime day of surfing at Nahoon with excellent conditions for the final day of the Mitchum Buffalo City Surf Pro pres. by Reef Wetsuits. Dylan Lightfoot on a bomb. - WSL / Thurtell

Dale Staples, from St. Francis Bay, has been looking the business at this QS 1,000 event, and he continued with this streak by eliminating local legend and former Championship Tour competitor Greg Emslie from the event, despite breaking a board during their Semifinal heat. 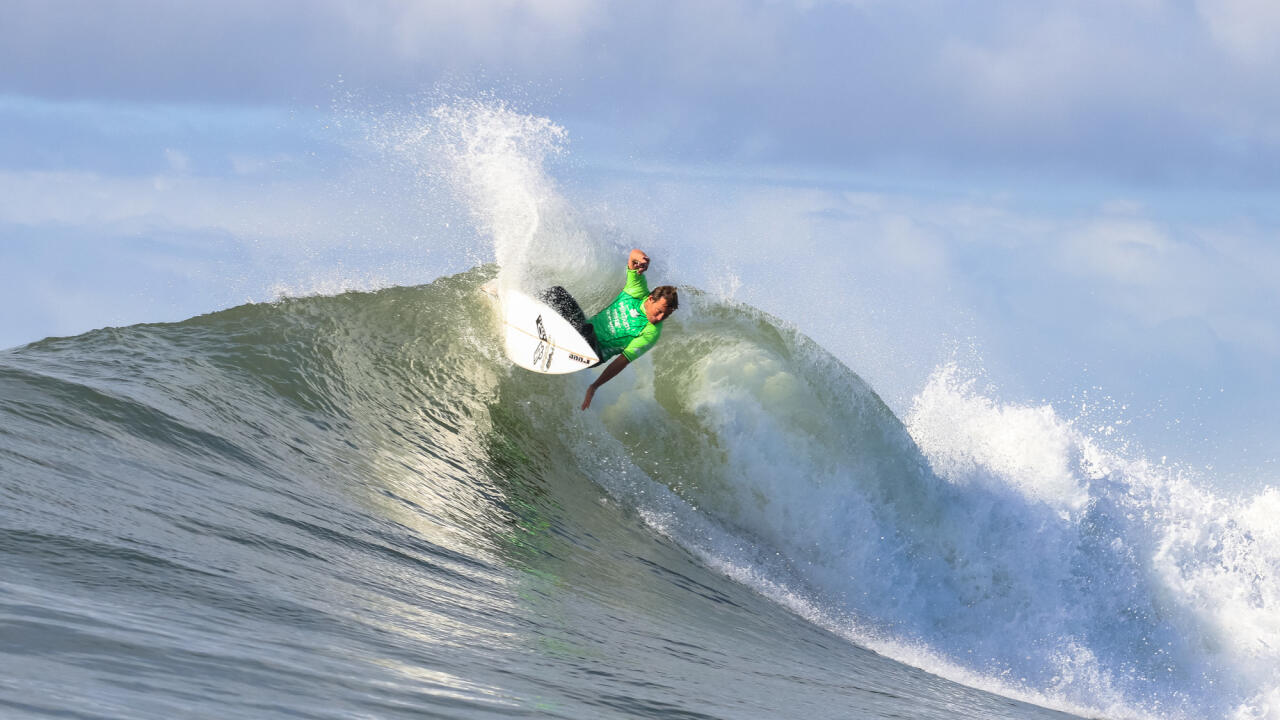 Greg Emslie was on fire, but couldn't topple a rampant Dale Staples in their encounter. - WSL / Thurtell

Staples has been groomed on the right-hand pointbreaks of his home turf, and has surfed East London's Nahoon Reef enough times to know where to find the good ones. While not a massively-scored heat, (Staples won with 12.25 total) it was exciting and high-performance, with both surfers going all-out to impress the judges and claim the win.

In the second Semifinal Diran Zakarian from Cape Town was in the lead for most of the heat, surfing impressively on his backhand in the excellent surf. Matthew McGillivray from J-Bay, currently the highest-ranked surfer on the International QS rankings, was left scratching for a back-up wave, which he found. A clean, walled-up bomb, on which McGillivray unleashed to extract a score of 9.25 and the heat win, to advance to the Final.

"The swell picked up today, and there was supposed to be a light onshore coming through today but it never happened," said McGillivray after his heat victory. "Conditions are really nice to surf heats, you just need to be selective on your wave choice and make sure you catch the waves that allow opportunities to get those critical moves in."

McGillivray picked up a bomb and made good use of it for the 9.25 score. "Diran got a wave first and I saw it was a nice, walled up one and he just cracked it in front of me and I was like, ‘Oh no, I'm definitely going to need a score now," said McGillivray. "Right behind his wave was a second wave with a nice wall and I took it. I saw the first section and it looked good for an air, so I did an air-reverse and thankfully stuck it, and straight after that there was another section to do a top turn, and it went well and I got the score." 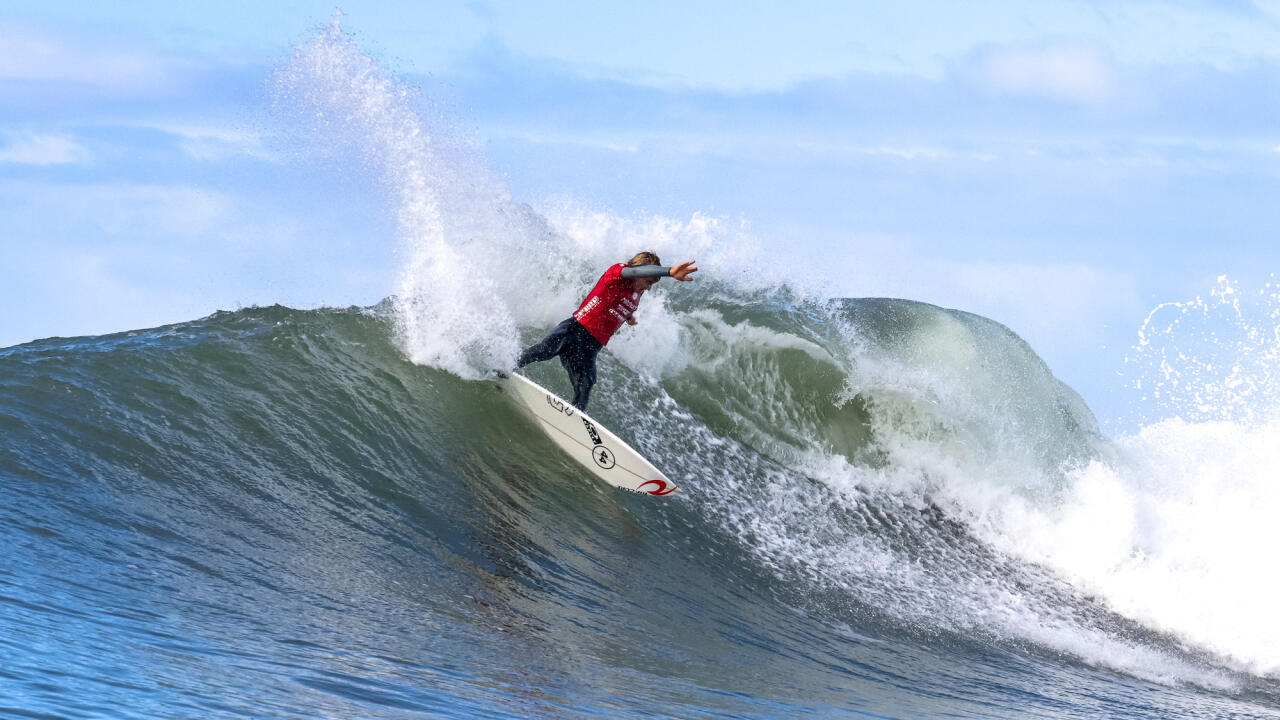 Over at the JQS 1,000 the future of South African men's surfing were laying it down, streaking along the excellent Nahoon walls, and going for broke on the sets. Spectators' eyes were locked onto Mitch Du Preez, who had been surfing on-point the whole event, as well as on Luke Slijpen, who was hungry after missing the Royal St Andrews Hotel Port Alfred Classic last week.

The placings changed throughout the Final, with Luke Thompson, Thomas Lindhorst, Du Preez and Slijpen all leading at some stage of the heat, but at the final siren it was Thompson winning from Lindhorst, Slijpen and Du Preez. 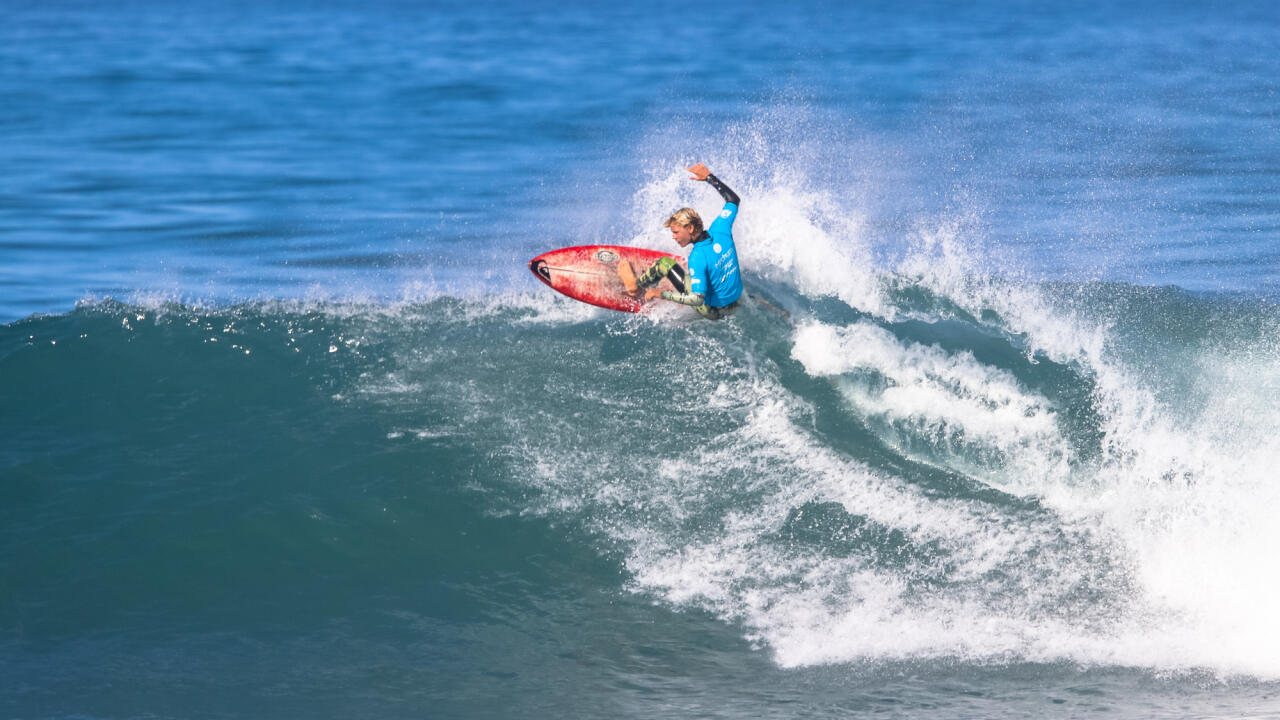 Staples opened up the QS 1,000 final with an 8.5 in the high tide conditions, surfing powerfully and with confidence. He followed this up immediately with a great back up score of 7 points, and McGillivray was on the ropes and in deep in combo-land only a few minutes into the heat. Expecting the plucky J-bay surfer to fight back with tenacity, McGillivray unfortunately suffered an interference call with Staples, and with a zero score included in his tally, there was no way he could extricate himself from the runner-up position. A stoked Dale Staples emerged from the waters of Nahoon Reef as the Mitchum Buffalo City Surf Pro 2018 champion. Event winner Dale Staples was on point throughout the contest. - WSL / Thurtell