An overnight boost of swell pleasantly surprised the entire crew on hand at Shida Point and a full day of men's and women's surfing took center stage.

The 2018 season has witnessed some truly special moments so far, and Seth Moniz just put his name in the hat for aerial of the year at the Gotcha Ichinomiya Chiba Open powered by Gravity Chanel QS 6,000. Moniz's lofty, full rotation in his Round 4 heat dropped a Perfect 10 first thing in the morning to set the tone for what would be a remarkable day.

"It all depended on conditions for what I want to do and I'm so stoked to land that air," Moniz said. "The wind is perfect for airs so I was just looking to get a turn in then maybe try to finish with an air-reverse in that heat. Once I got my two scores I knew I could go for something big and when I saw that section I just wanted to fly it.

The 20-year-old wasn't done yet as competition moved into Round 5 with another clutch performance over Flavio Nakagima and made his move into the Quarterfinals. 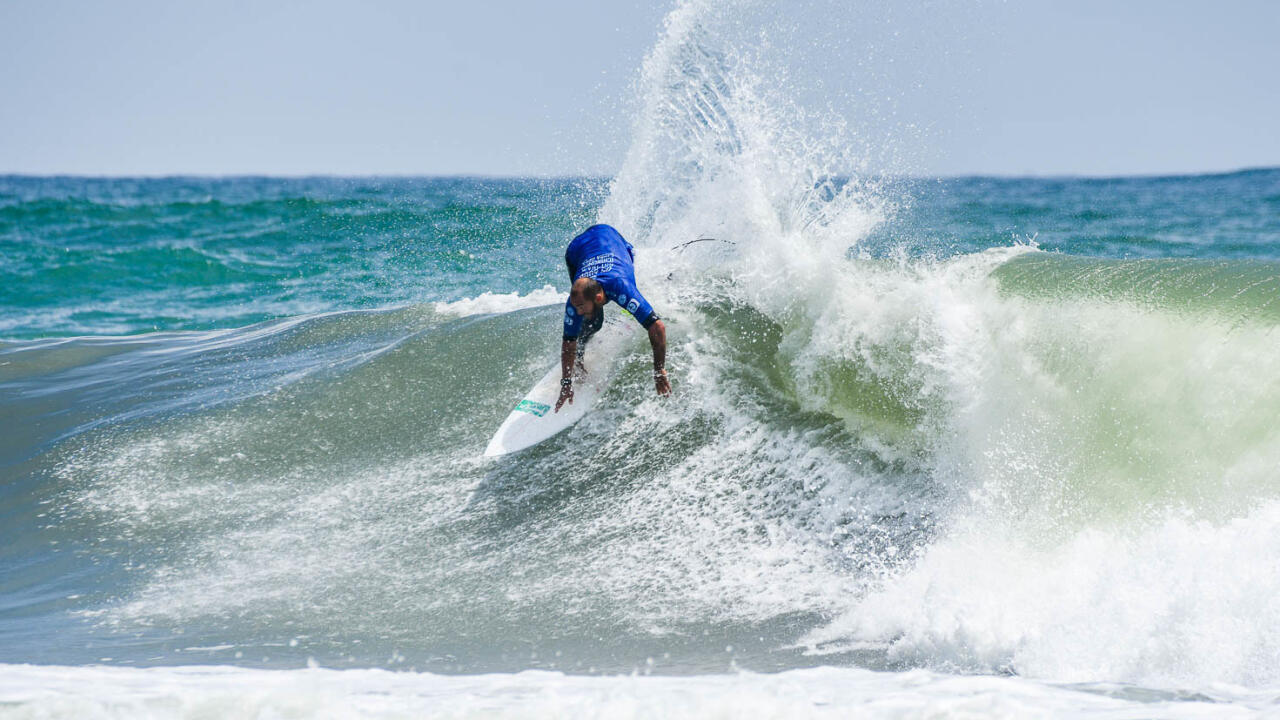 Competition kicked into high-gear with Round 5 pitting surfer against surfer and some incredible duals got underway with a glimpse of what the Quarterfinals may hold.

The Brasilian force showed its teeth once again and Jadson Andre put on a dominating showcase over fellow countrymen Miguel Pupo to begin Round 5 -- ending Pupo's flawless 2018 campaign. The two exchanged an early lead change, but Andre then smashed two, vertical backhand attacks for a 9.00 to take the lead once more. Andre didn't stop, immediately throwing caution to the wind and blasting a massive air-reverse to put the heat out of Pupo's reach with a 17.00 heat total.

"I'm feeling great and when Miguel [Pupo] and I compete against each other it's always like that with us pushing each other," Andre said. "He needed almost a 10 and I still wasn't comfortable out there so I wanted to stay close to him. There was a lot of energy out there and pretty hollow so I knew anything could happen, but it feels amazing to win that heat." 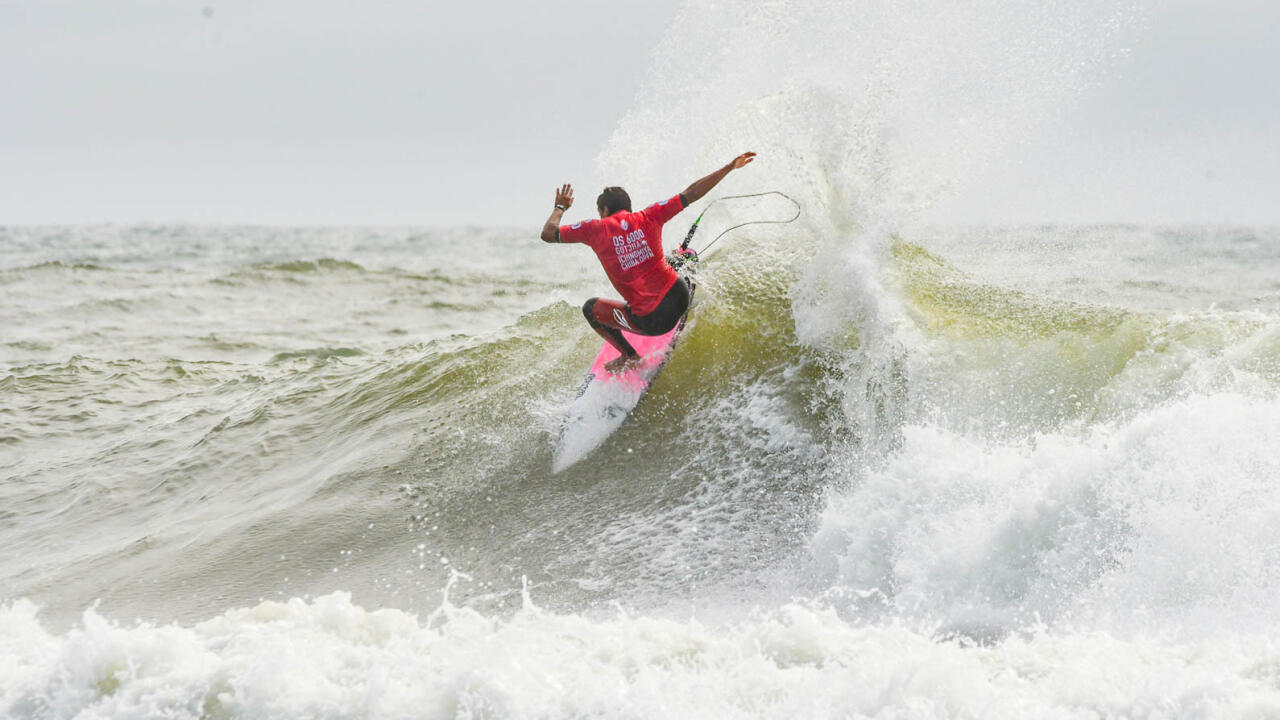 A second all-Brasilian affair followed later in Round 5 Heat 4, this time between Marco Fernandez and Thiago Camarao. But, it was Fernandez who rose to the occasion and kept his board in the water with a powerful rail game to post a 9.10 and 17.10 heat total of his own.

"I got lucky with two good waves to start and knew he was going to wait for airs so I stuck to my power surfing," Fernandez said. "After I got that 9 I went with Thiago [Camarao] toward the left because he's such a solid surfer and he paddled to the last minute, never gave up. But, I'm ready for everything ahead no matter when we finish this one." Charly Martin ended the Brasilian flourish in a heated bout with up-and-coming QS threat Mateus Herdy. The two traded multiple lead changes in a span of minutes before Herdy held the advancing spot leading up to the final moments when Martin received a Shida Point present. The Frenchman seized his opportunity brilliantly with two vicious backhand attacks and heat win.

"That was a really hard heat, Mateus [Herdy] has been surfing so good this whole event and knew he was going to boost some airs in that one," Martin said. "I just stuck to my backhand which is feeling stronger right now and I got that 7.43, but then he got the lead right back again. With two minutes left I needed a score and that bomb, lefthander came through and I just did the best I could on it." 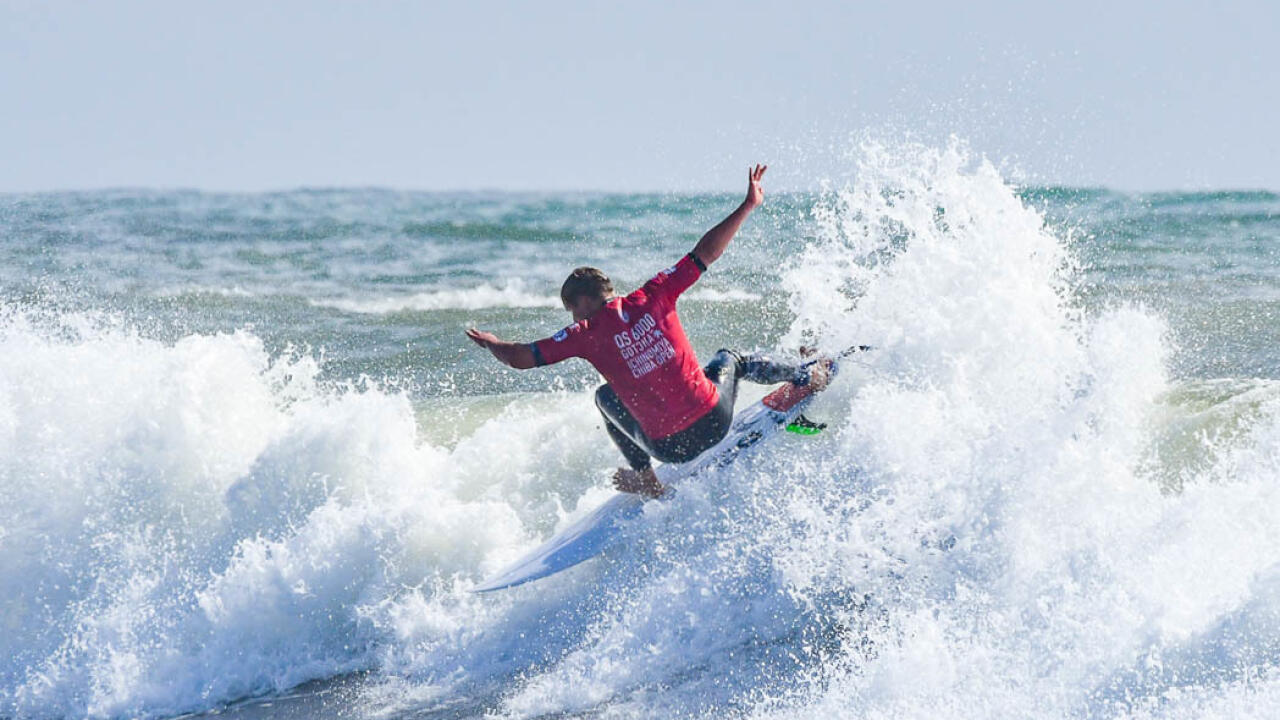 Noe Mar McGonagle is one more heat away from matching his best career result at a major QS event with a Round 5 win after eliminating an in-form Matt Banting. The Pavones, Costa Rica, native is joined by current QS Rankings No. 1 Alejo Muniz, Ryan Callinan, and Vasco Ribeiro in the Quarterfinals.

"My backhand is definitely my strength, living on a lefthand pointbreak, so that's been my strategy," McGonagle said. "I felt good getting that little flurry of lefts and I'm just sticking to my strengths to try and make it through heats." 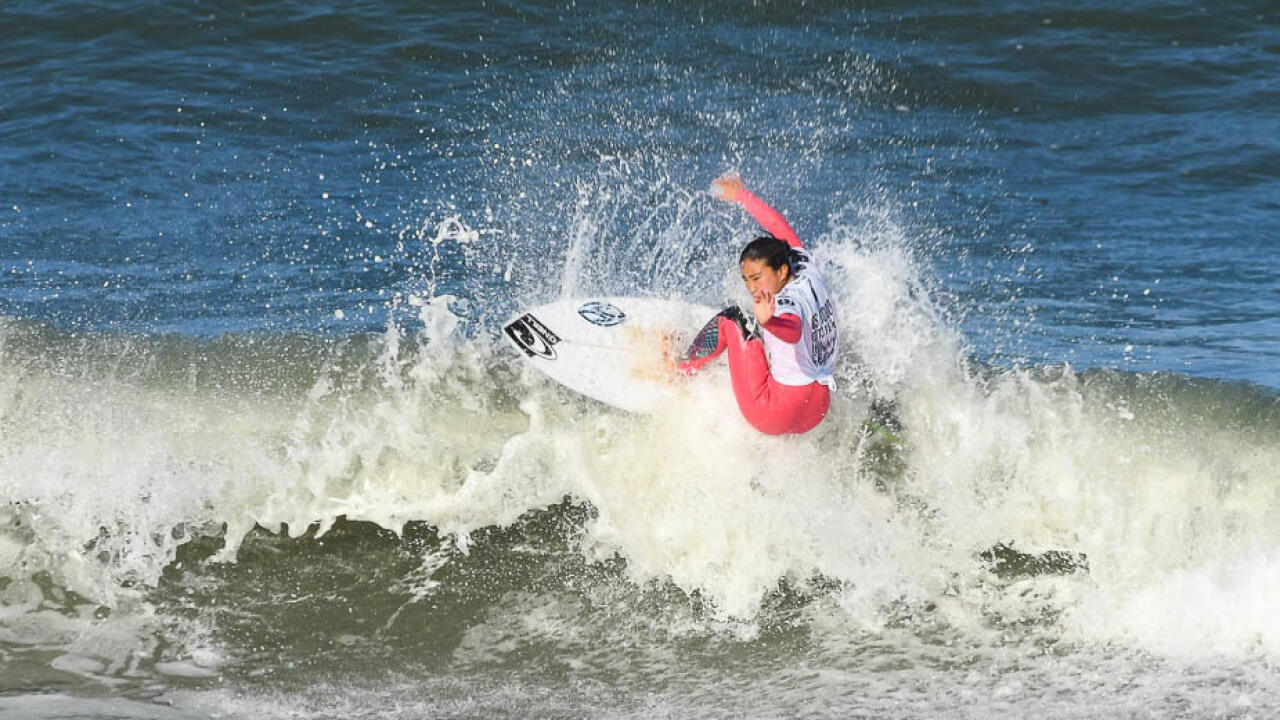 Following the men's incredible day of surfing, the Ichinomiya Chiba Open Women's QS 1,000 got underway with Round One bouts.

The waves continued to deliver fun conditions despite the higher tide and Minami Nonaka posted the women's top heat total, an impressive 14.40. Nonaka's backhand proved too much for her fellow competitors, earning a 7.73 on her final attempt, and moved in Round 2 with ease. Last year, Nonaka finished with an equal ninth-place finish in this event, but looks to prove herself on the 2018 QS circuit. 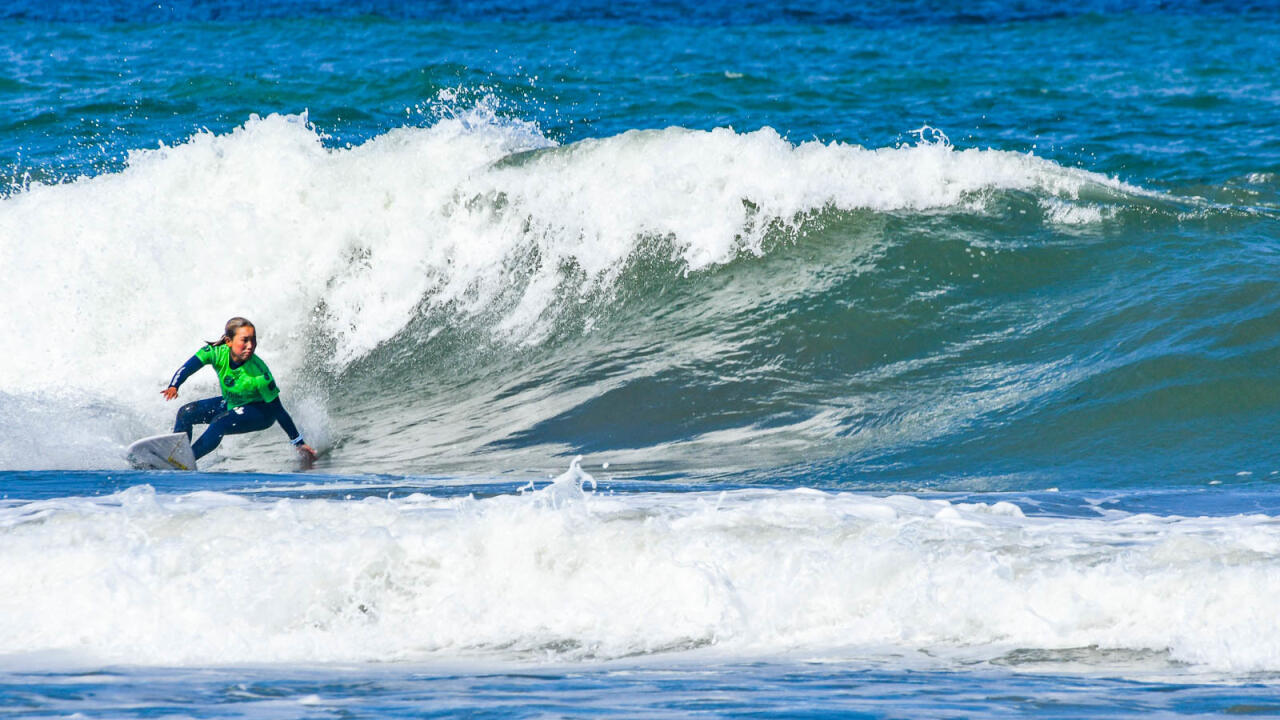 "I was so nervous before my heat and I had a few mistakes, but after a few mistakes I was able to get some better waves," Nonaka said. "This is my home break so I'm really comfortable here all the time. My goal for this year is to win the Regional Junior Title and be the Regional QS Champion. I also want to take on more challenging QS events." 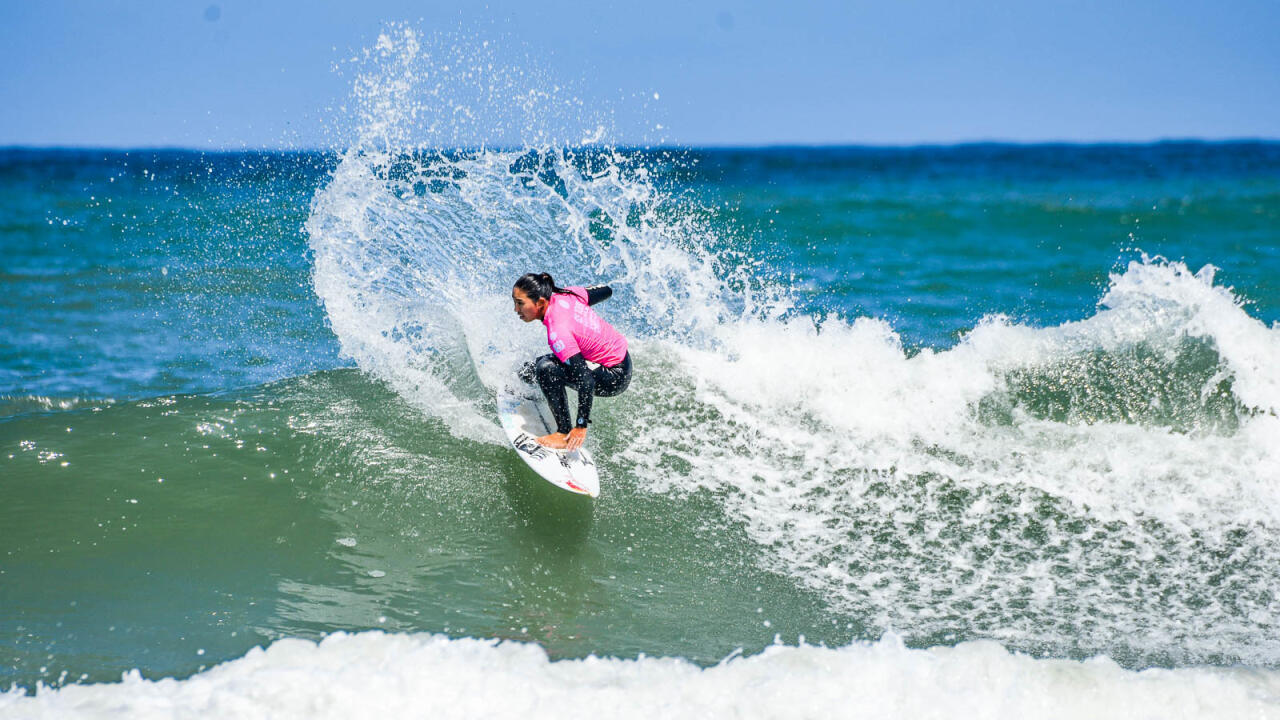 Minori Kawai is one of Japan's top up-and-coming threats to the surfing world, finishing No. 21 on the QS last season, and began her campaign with a big heat win -- earning a 13.83 heat total. Kawai, 17, entersher last year as a Pro Junior before becoming a full-time QS competitor and is trying to set herself up for a successful year once again.

"The waves are so fun to surf and I got my own rhythm going out there so I really enjoyed that heat," Kawai said. "I listened to my coach's advice and moved to the right side of the jetty, then got more punchy waves. I'm always ready to surf the bigger, QS 6,000 events, but these help prepare and get me where I need to be surf with the best."

Event organizers will reconvene at 6:30 a.m. JST to determine a call for either men's Quarterfinals or women's Round 2 heats.