For the past six years, the world's best female surfers descend upon Oceanside for the Paul Mitchell Supergirl Pro. The seventh edition proves to be one of the best yet as 6x WSL Champion Stephanie Gilmore prepares for her first-ever go at the Supergirl cape July 27 - 29.

Gilmore heads into Oceanside after a stunning performance at J-Bay and taking back the coveted Jeep Leader Jersey from Santa Barbara, California, native and current World No. 2 Lakey Peterson(also set to compete at this year's Supergirl Pro). Gilmore is no stranger to beachbreaks and will look to capitalize on dialing in her game in Oceanside for the first time. - WSL / Sean Rowland

Behind every surfer's entrance into an event, there's the intent to win. But, when CT competitors come into QS events there's a lot more underlying motivations. For Steph Gilmore, it's all about getting in tune with California's Pacific Ocean and checking in on who's next.

"I always come in to California a bit late for the US Open and one of the reasons for this event is wanting to take it all more seriously this year," Gilmore said. "The conditions are quite the same to get a few practice heats in the jersey and it's also a great platform for women's surfing. I love coming in and getting used to that California beach vibe, but I'm looking for a result at Supergirl and I'm really excited to get in there." Joining Gilmore, 3x WSL Champion Carissa Moore is back in Oceanside with a lot to gain. - WSL / Kurt Steinmetz

The Supergirl Pro provides a pre-cursor to the esteemed Vans US Open, but, for the international competitors and CT qualifier hopefuls in attendance, it's much more. Surfers are vying for 6,000 valuable points toward earning their spot on the Dream Tour and it's anything but a vacation in the California summer sun for them.

Oceanside has provided the winner a spot, whether re-qualifying or earning a rookie position, on the CT since 2012 when Sage Erickson, two-time winner, took the win and qualified that year.

Supergirl Pro: Showcasing the Next Generation 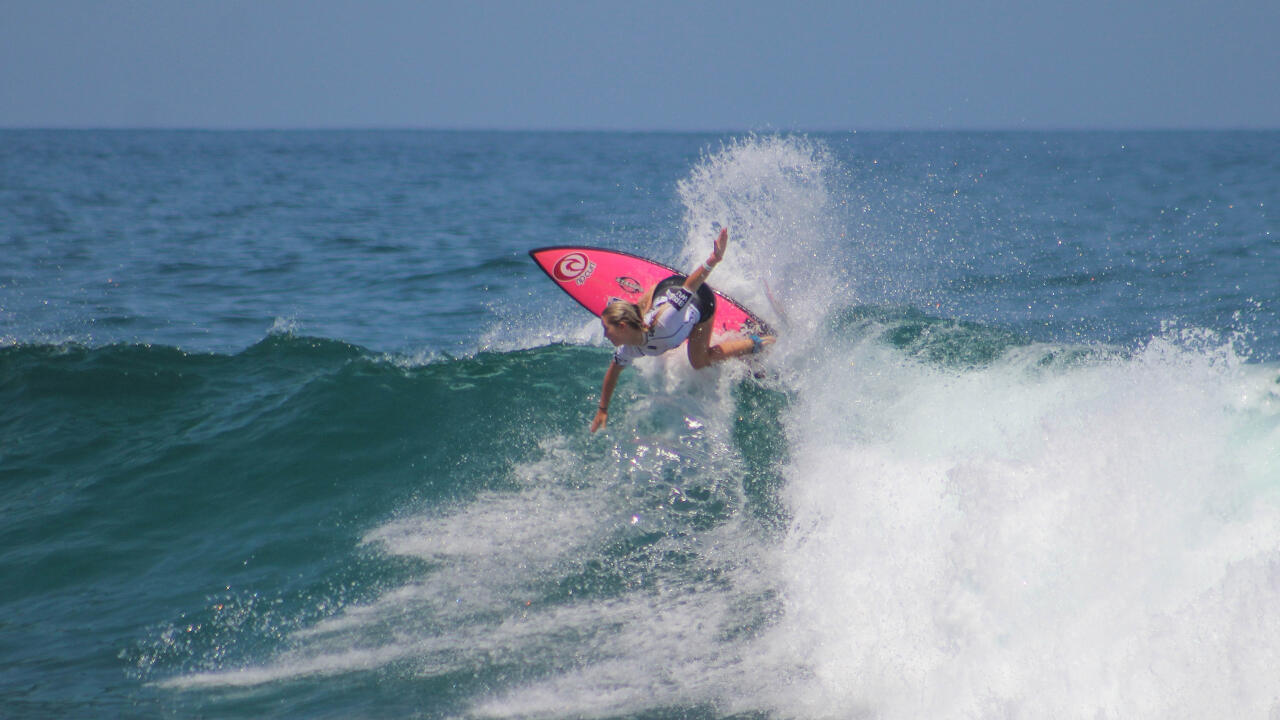 Alyssa Spencer is back in the water and ready to continue her form as one of North America's best up-and-coming surfers. - WSL / Andrew Nichols

Alongside one of surfing's most illustrious surfers, Gilmore is joined by the sport's upcoming talents. The Supergirl Pro has provided a stage for the next generation since its inception -- a tradition that the event director, ASA Entertainment CEO, Rick Bratman has focused on every year.

"We are really pleased about the expansion of the Paul Mitchell Supergirl Pro in 2018, both in and out of the water," said Bratman. "The field of surfers competing is absolutely incredible, from World Champs like Steph Gilmore and Carissa Moore to all six former Supergirl winners to some of the best up-and-coming female talent on the planet. We feel blessed that so many of the top female pros want to share in the empowerment message behind this event and participate in all the female-focused activities."

Pro Junior competitors such as North America No. 1 Kirra Pinkerton and No. 2 Alyssa Spencer have thrived alongside some of the world's best at the QS 6,000s and plan on doing the same once again.

This event is particularly special for Spencer, marking her first event back since fracturing her fibula in May -- and in her own backyard for the Carlsbad, California, native.