It's summertime in Oceanside, California, which means the World Surf League (WSL) women's Qualifying Series (QS) is in town and ready for the Paul Mitchell Supergirl Pro QS 6,000 July 27 - 29. Now in its seventh year, nearly all of the women's Championship Tour (CT) surfers -- alongside top QS threats -- will be competing. Among the top-tier talent in the draw is 6x WSL Champion Stephanie Gilmore, 3x WSL Champion Carissa Moore, current World No. 2 Lakey Peterson and reigning Supergirl Pro winner, Courtney Conlogue. Stephanie Gilmore brings her flair to the QS stage in Oceanside for the first time. - WSL / Ed Sloane

This will be Gilmore's first-ever appearance at the Supergirl Pro. As one of surfing's most illustrious competitors, the Australian has her intentions set on a solid Oceanside performance following a stunning victory at the Corona J-Bay Open. For Gilmore and some the other CT women whose requalification is already secure, the Supergirl Pro serves as an unofficial warm-up for their CT event, the Vans US Open, which starts Monday.

"I always come in to California a bit late for the US Open and one of the reasons for this event is wanting to take it all more seriously this year," Gilmore said. "The conditions are quite the same to get a few practice heats in the jersey and it's also a great platform for women's surfing. I love coming in and getting used to that California beach vibe, but I'm looking for a result at Supergirl and I'm really excited to get in there."

Lakey Peterson's Back on Home Turf 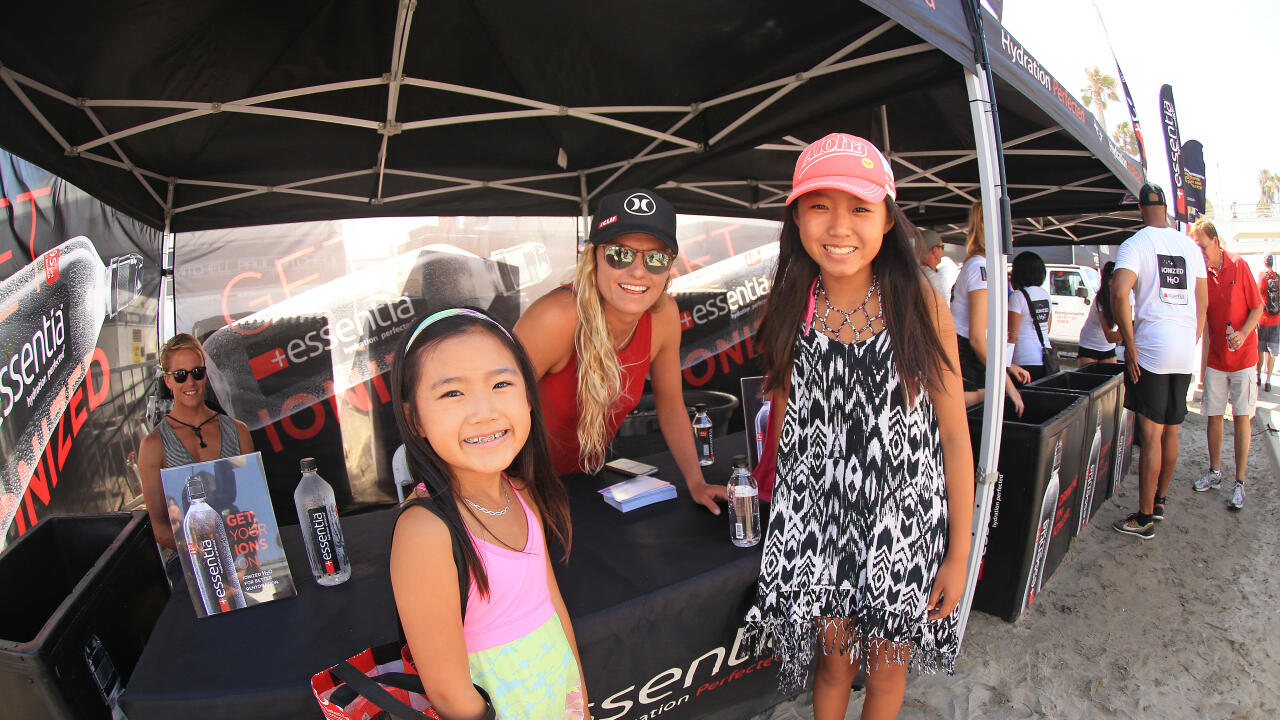 One of California's favorites returns for a second cape. - WSL / Kurt Steinmetz

Neck and neck with Gilmore on the CT rankings, Peterson returns to Oceanside as a previous Supergirl winner and looks to continue her momentum on home turf. The Santa Barbara, California, native knows the importance of competing down the highway from her hometown and what it can do to help urge her onward -- something on which she's looking to capitalize.

"It'll be super fun to do this QS event, there's so many girls doing this one after I looked at the draw," Peterson said. "It's amazing how many young women are coming up through the ranks. Maybe it'll scare me a bit, but also be great to see who's doing what and make sure I'm staying on top of my game. This event is cool to see that talent and make sure I'm ready for the future as well."

Current QS No. 1 Plans On Staying There Sixteen year-old phenom Caroline Marks comes into the Supergirl Pro ranked No. 1 on the QS ratings, a goal she marked down at the start of this season, and intends to stay there. Marks has earned two QS victories already this year, both QS 6,000s at the Florida Pro and Los Cabos Open of Surf, as she continues her historic year among the CT elite -- where she currently sits at No. 7.

"The QS events like this are cool because there's a lot of the CT girls that do them, and then some," Marks said. "A lot of the younger girls coming up that are so incredibly talented, but coming from the CT where it's so stacked gives you a lot of confidence coming into these events. Oceanside's a great wave and it's close to where I live, my family will be there, so I'll just be in a happy mindset."

Crunch Time for CT Competitors Looking to Back Themselves Up Coco Ho, along with a handful of other CT surfers outside the Top 10, are on the hunt for vital QS points at the turning point of 2018. - WSL / Kurt Steinmetz

Former Supergirl Coco Ho is one of the CT surfers looking for requalification backup points on the QS. She's sitting at QS No. 5 (where No. 6 is the cutoff), and has the potential to all but solidify a requalification spot with a win here. Ho earned a victory to start of the season, but hasn't earned more than a ninth-place since. But with 10 years on Tour under her belt, the Hawaiian has experience on her side.

"I am excited for Supergirl," Ho said. "I've always spent my whole summer in California anyway, so this is just so fitting every year. It is definitely the best practice for the Vans US Open. We've had some good luck with waves in the event, so I am looking forward to it."

Paul Mitchell Supergirl Pro: Battle for the Cape is Back
0:58
Some of the world's best women and top QS threats join the next generation in Southern California.