The Simeulue Pro is go from August 31 to September 4 this year. Simeulue Island is part of the Aceh Province of Sumatra, and lies just a one hour plane flight from the city of Medan. It is an island of unspoilt beauty and has a population of around 85,000 people; hosting a multitude of surf spots, warm water, amazing scenery and friendly locals. 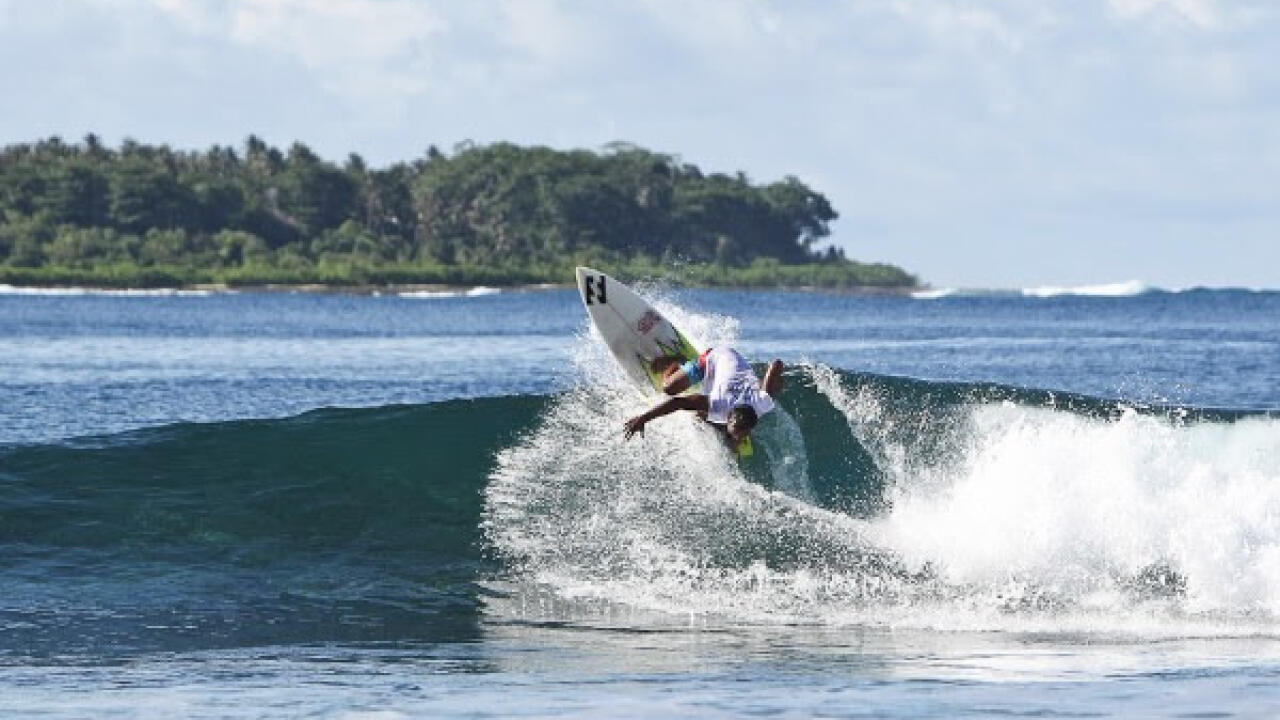 Dylans Point will play as the primary location for the upcoming QS. - WSL / Tim Hain

This year's contest will be held at a right hand reef break known as Dylan's, which is directly in front of Ranu's Surf Camp. Dylan's is one of the of the most consistent waves on the island, offering up barrels, walls, and air sections depending on swell direction, swell size, and the tides, making it an ideal location for the competitors to show off their complete repertoire of maneuvers.

"We are extremely happy to have the opportunity host a World Surf League surfing competition here, " says local Ranu Amilu who owns Ranu's Surf Camp. "There is still a feeling of wariness towards the ocean here, so for the local community to see that the waves are our friends and have the opportunity to introduce international surfers to our place will benefit the island greatly," he explained.

Tipi Jabrik, President of the ASC is delighted to be returning to the island, this time with the WSL.

"Simeulue Island is a perfect place for a competition as it has great waves and a lot of beautiful scenery, and underdeveloped as a surfing tourism destination, " stated Jabrik. "Through running events like this and bringinga strong field of both men and women surfers, together with broadcasting the event live to the world over the internet, we are increasing the worldwide awareness of Simeulue as a surfing tourism destination as well as educating the local community on how to interact with international visitors and encouraging them to provide the types of services and goods that are needed by the visiting surfers," he explained.

This event is preceded by the Nias Pro at Sorake Bay on nearby Nias Island, also a WSL QS1000 mens and womens event, and followed by the West Sumbawa Pro in Sekongkan, West Sumbawa. These events are are supported by the Indonesian Tourism Ministry, and the regional governments.

The Simeulue Pro is sponsored by the Government Regency of Simeulue and the Province of Aceh, with support from the Indonesian Tourism Ministry, ASC, and PSOI, and sponsorship from Garuda Airlines, Telkom Indonesia, and Kudo Surf.

Farmer takes her second QS victory in a week while O'Brien his second in less than a year in pumping Indonesian surf.

Small, but perfect surf on the forecast for the start of Indonesia's newest QS.