The fiesta is underway in Costa Rica as the Essential Costa Rica Surf Pro title is back on home soil after an all-Tico Final affair between Carlos Munoz and Noe Mar McGonagle witnessed Munoz claim his second-career Qualifying Series (QS) victory in dynamic fashion.

A massive crowd packed on the sands of Playa Jaco for the highly-anticipated finals day and showed their passion of surfing with cheers for Rachel Presti's maiden QS chair-up in the Women's QS 1,500 event over one of its top performers Tia Blanco. The ocean delivered one last run of good, three-to-four foot swell despite inconsistent conditions throughout an inspiring finals day. The Tico presence was palpable on finals day with three of its most esteemed surfers remaining to start Quarterfinal action as Jairo Perez joined Munoz and McGonagle. But, it was the people's champion Munoz who rose to the occasion and earned an excellent 8.17 (out of a possible 10) to all but solidify his second-career QS victory over finals day standout McGonagle. The family man came out of the water beaming with his countrymen surrounding him before being greeted by his infant daughter and family on the beach.

"It's just amazing and it felt like I was in a futbol stadium or something with all the noise and everybody cheering so to share this moment with them, especially my daughter and family, is incredible," Munoz said. "Noe (Mar McGonagle) is such a great surfer and we always push each other so to have that heat with him was amazing. I've won a QS 1,000 and now a QS 1,500 so it's that next level up and I hope I can continue that this year or next year. After Spain, only getting a 3-point heat total, this was a second chance and I just tried to surf it smart, and I'm just super happy to win here." 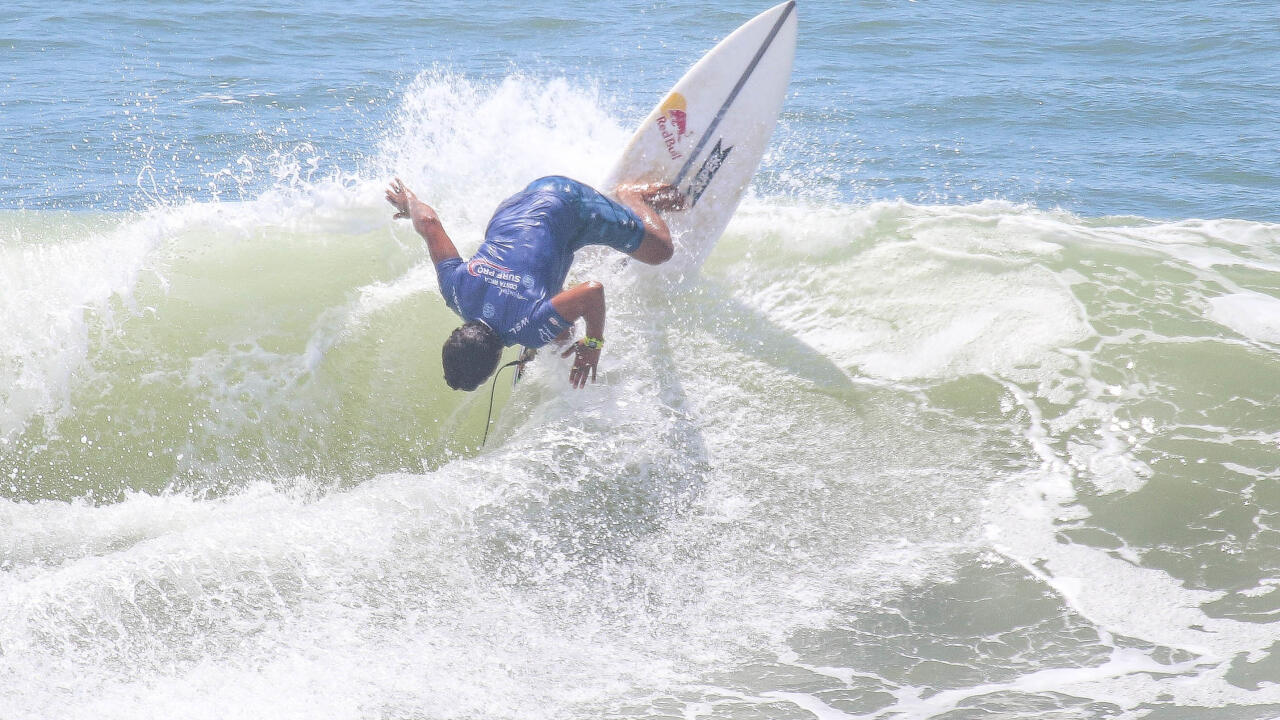 Munoz tore through finals day starting with a tough battle against event standout Wesley Leite in the Quarterfinals before taking on new North America No. 1 Lucca Mesinas in a wave-starved Semifinal that Munoz was still able to find a solid 14.23 (out of a possible 20) heat total. The 25-year-old now sets his sights on a much bigger dream as he prepares for the upcoming Triple Crown of Surfing this winter.

"I think it's the first time in QS competition that this many Costa Ricans made it this far which is really exciting," Munoz added. "For me it wasn't a lot of pressure just being on the opposite side of the draw and I just sent good vibes that way for them because I had to surf against a Lucca (Mesinas) and Wesley (Leite). I'm going to take advantage of this win and now I'm thinking about doing the QS 1,500 in Peru to gain even more momentum, but I'll be heading to Hawaii with my dream to qualify." In a stacked women's field, 16-year-old Presti was able to overcome big odds that pushed her all the way to her first-ever QS win. Presti was in disbelief coming out of the water after eliminating one of the event's best, Blanco, in as afternoon conditions began to deteriorate from pumping Playa Jaco just hours before. A slow start from both competitors culminated with Presti finding a near-excellent 7.50 before solidifying her victory with an 8.10, leaving Blanco in a combination situation with no time left to recover.

"I'm so excited, this is such a great feeling to actually win a QS and just crazy to think about right now," Presti said. "I wasn't nervous at all actually just being my first Final and there was no pressure it felt like. I've just been trying to save my energy throughout my freesurfs to put all of it into the heats and this win gives me a lot of confidence knowing I can win these kind of contests. Every time I come into these events it's against the bigger girls and it's a little nerve-racking so this feels really good." The Floridian, who claims her German heritage, smashed the final nail in the coffin with her dominant forehand. - WSL / Andrew Nichols

Presti's run to the Final started with a fellow event dark horse, 14-year-old Valentina Resano, before taking on the event standout Meah Collins in a slow, gritty Semifinal. But, the Floridian showed her perseverance throughout the contest and a massive finals day run to earn a well-deserved break from events.

"I was really nervous going into that Semifinal just because I wanted to make the Final so bad," Presti added. "Meah's so good and we all want to make that Final so I just tried to stay focused and calm. It was a little mushy and inconsistent out there so you had to be on the good ones. Now I'll get to be at home for a little bit and it'll be nice to let this soak in." 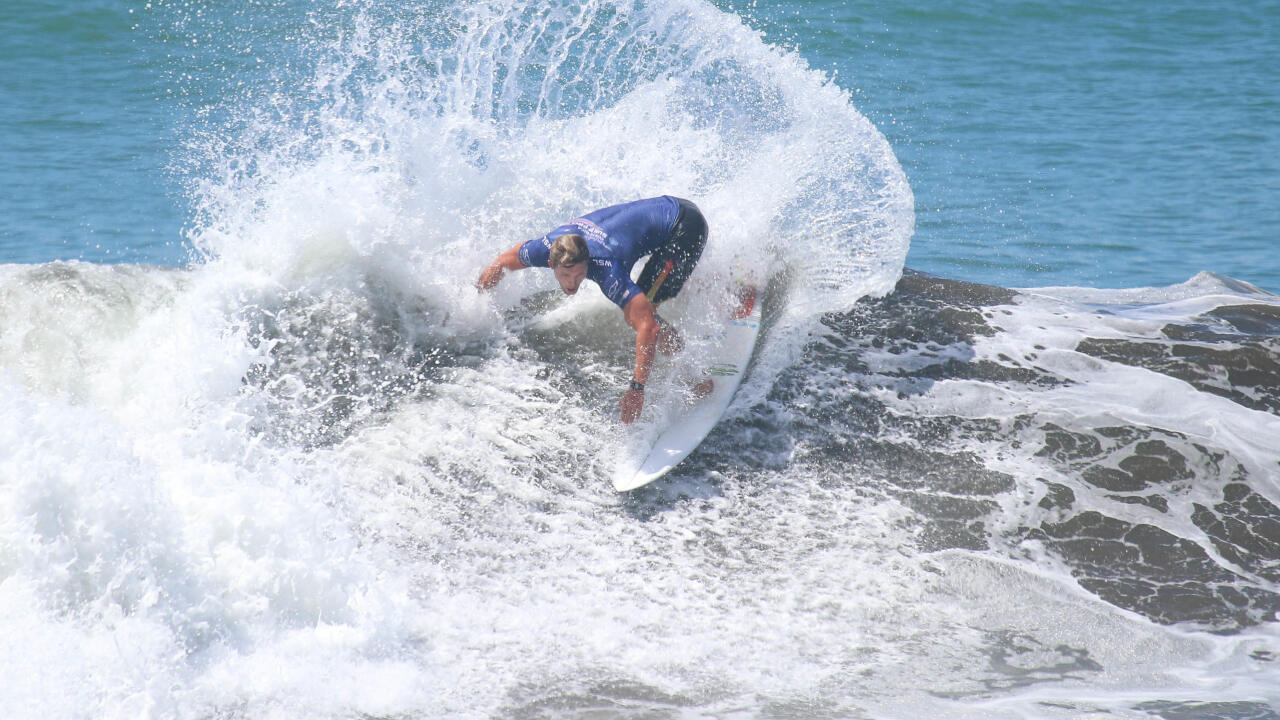 The Pavones native looked poised for a win of his own after dropping a near-perfect 9.77 to start the day. - WSL / Andrew Nichols

Costa Rica had plenty to celebrate today as McGonagle not only made it an all-Costa Rican Final, but smashed his way through finals day with two near-perfect scores along the way. The 22-year-old earned a 9.77, the day's highest single-wave score, in his Quarterfinal heat to put Jose Lopez in need of an 8-point ride before taking on fellow Tico Perez in Semifinal action -- earning another 9.00. It was an almost perfect ending for McGonagle as he now prepares for a big winter alongside his countryman, Munoz.

"It's amazing to have a big event back here and the fans are amazing, we now how to put on a good show," McGonagle said. "I've been trying to work on not peaking too soon and I admire Cali (Munoz) and the work he's done through the years using that strategy. We always talked about what a dream it would be to surf against each other in a QS Final and to do it here is perfect. I felt like I kept getting better each heat and the Final had that high tide which made it really close." Hermanos. McGonagle and Munoz have helped paved the way for Costa Ricans on the QS and showed that talent today. - WSL / Andrew Nichols

"This is incredible for the younger kids, especially sponsorship wise as it's really tough to get that support here, so for them to get some points here and try to make it out in the world isn't easy but this makes it possible," McGonagle added. "I'm super stoked and thankful, now it's time to get ready for Hawaii." 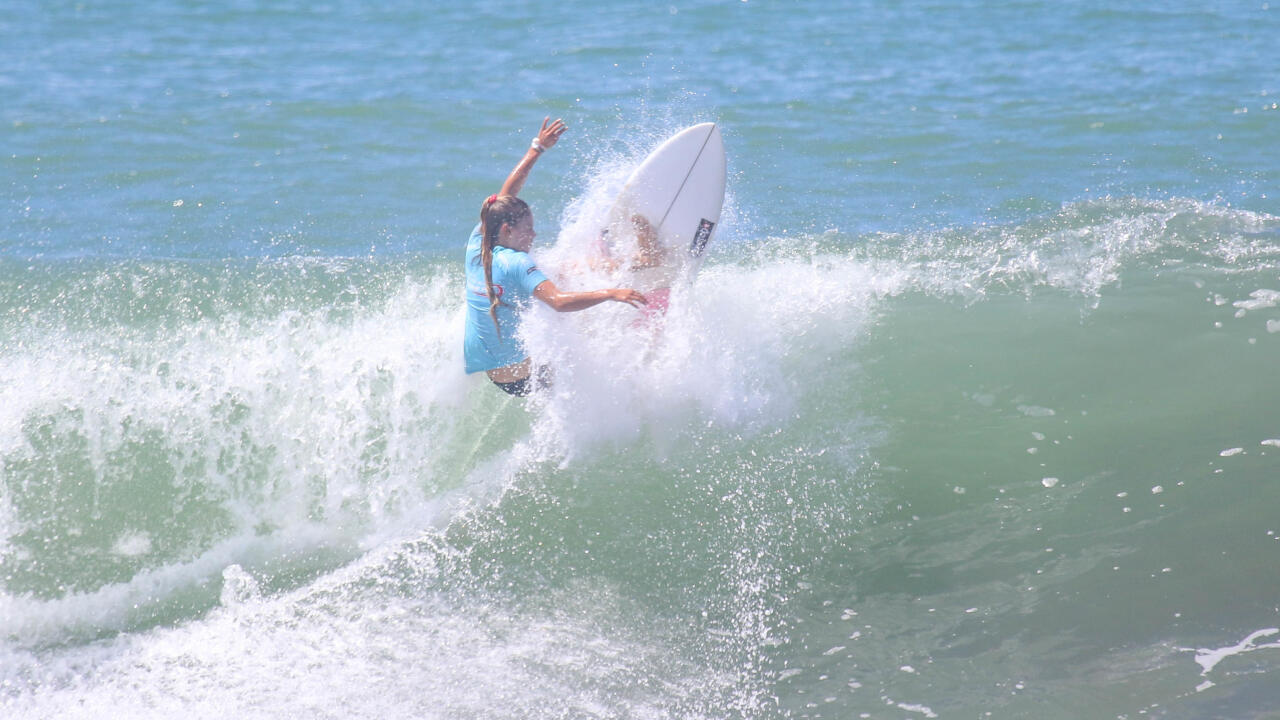 Blanco continued to look like she was heading for the top podium spot, but fell just shy. - WSL / Andrew Nichols

It's been over two years since Blanco's last Final appearance where she earned runner-up at the Shoe City Pro and, unfortunately for the San Clemente, California, competitor, it was déjà vu. Blanco's Quarterfinal win over 12-year-old, event sensation, Candelaria Resano set the pace for her day and had to overcome one of the Quarterfinals most in-form competitors Leticia Canales Bilbao. Now, the 21-year-old is taking all the positives away from a great weekend of competing that witnessed herself hit a new level of surfing the jersey and is looking for a big finish to 2018.

"This was a very fun contest for me and I think it was the first time I got a 9-point ride in a QS so I was bummed not to get those in the Final, but I'm so happy for Rachel," Blanco said. "It's really well-deserved and I've got a few more contests to do with the Corona Pro (Pro/Am) in Puerto Rico before the QS 3,000 in Japan then the QS 6,000 to end the year. It was great to make it back in the Final and I'll try to build on this momentum, but it was all good vibes here and I'll take that with me."