The last years WJC running up surfer Joh Azuchi, Toy Tanaka who is currently struggling to upgrade skills in Australia, and who was finish 3rd place in 2018 WJC Yuji Nishi also he was fourth in Minami Boso Junior Pro and 2017 Asia regional champion Rio Waida who participated from Indonesia won the semi final and advanced to the final round. In the final which took place in 25 minutes, when Nishi marked 8.00 points suddenly become an excellent score immediately after the start of the heat, it turned to glowed at a stroke from there. Following the Nishi, Azuchi left a good range score of 7.00 points. After that, Nishi got 7.10 points in the backup score, separated the other players greatly, and took the initiative of the heat.

Most of peoples was convinced of the Nishi's victory at the middle of the final heat here. However, from middle time, Rio Waida earned high scores 8.50, 7.50 and 8.00 with a phenomenal pace starting with the backside's riding. After he became a heat leader, he performed a solid 5 actions including big air with the 9.00 points, which is the high score of the tournament. And, just before the end of the heat, Waida made the air almost full rotation succeed, and we got 8.75 points as the backup score. Other players had a total score of nearly 15, but Waida exceeded it with a total score of 17.75 points (the high-end heat score of the tournament) and won the victory brilliantly.

"This is my first win in Japan, so I am happier than ever." Waida said." As soon at the heat began, Yuji (Nishi) and Joh (Azuchi) got high scores so they felt a bit nervous. However, I was able to stably decide the air action I was practicing after the game of Minami Boso, so I got a great score. After this game, I will participate in the QS 3000 in Hawaii, leave good grades, and finally I want to work hard to put it within top100. And I want to make good results even at WJC. " 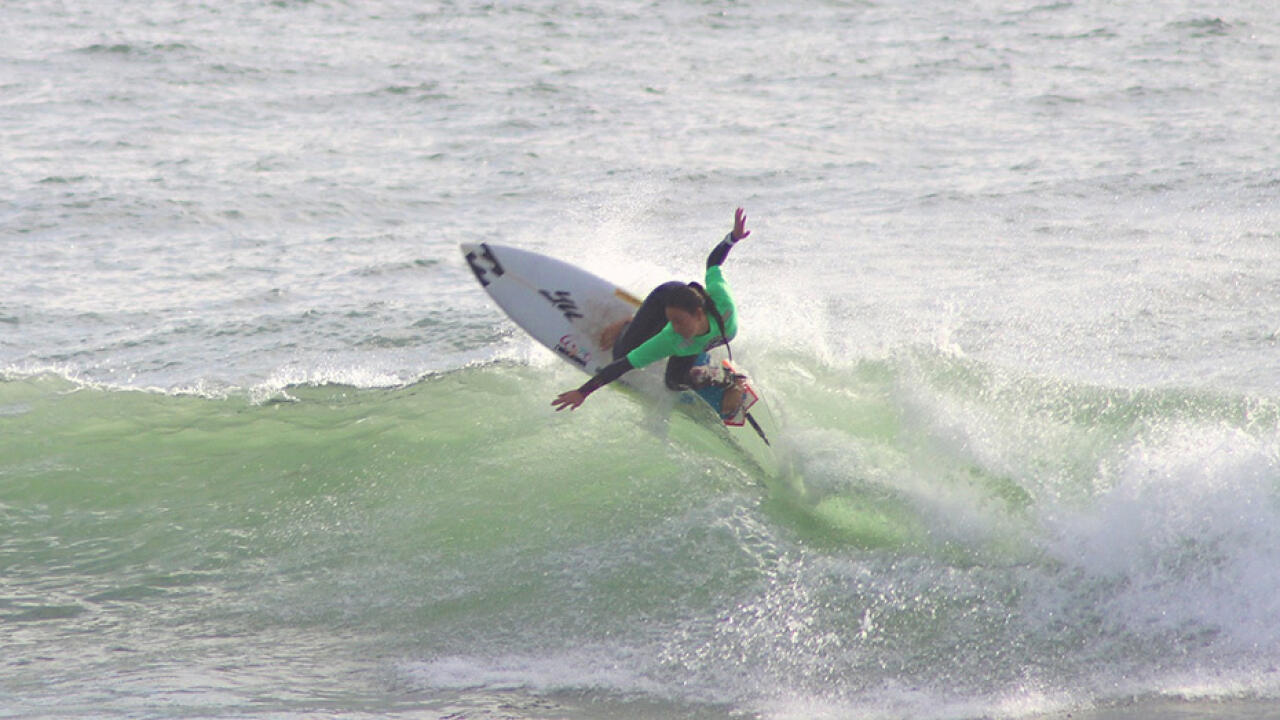 In the Women's, Shino Matsuda who won the game last week showed a steady strength even at this competition. Marked 7.75 points and 6.50 points in the middle of the heat and lead the heat. Sara Wakita showed up at the end of the final heat, but Matsuda successfully used the priority and won the second consecutive match following last week.

"I am happy to be able to win the second consecutive race successfully. "Matsuda said." Until the day before, the wave was small, but when the final round started, I was able to surf it happily, enjoying a wonderful wave all the way to the final. I am not only pleased with being given out to WJC, but I will continue to practice in the future so that I can leave results. "

And at last Women's competition, Matsuda who won the second consecutive race decided to participate in WJC at 2000 points of the point run first place as a result of this competition, but Sara Wakita and Minami Nonaka (Nonaka Minami) became equal to 1,170, so, they ar going to hit "Surf Off" after the final heats. Wakita and Nonaka paddled out again. The game moved greatly from the beginning of the heat. Nonaka marked 6.10 on the first riding, then complete a sharp 5 action with the wave of the left and left 7.25 points. After that, she used the priority well and score 7.90 points and extend the points. On the other hand, Wakita performed 1 heat more than Nonaka and continued the state where the score could not be extended whether the influence which was somewhat disadvantageous also affected. The waves were lost in the final stage, and she was forced hard match. In the end, Nonaka got away as it was, and won the right to qualify for WJC.

Asia representative of WJC (World Junior Championship) to be held in Taitung Taitung in December from total point of "Minamosuso Junior Pro" and this event "Ise Shima time Pro Junior" was decided. Keep an eye on their great surfing on the world stage!

Ise Shima Pro Junior has been kicked off today at Kohonohama Beach Ise Shima. The condition of the waves was worried, due to the wave of