Matheus Navarro (BRA) and Daniela Rosas (PER) have become the latest event winners at the 2019 Rip Curl Pro Argentina in Mar del Plata. This is Navarro's second victory at a QS 1500 this year, while 17-year old Rosas is making her mark as one of the top female talents coming out of Peru after winning her first Qualifying Series (QS) event and now sits atop the WSL South America Rankings. "Conditions were very difficult and there weren't a lot of waves on offer, but I was extremely focused and it feels great to win my first QS event," said Rosas. "I knew it was going to be a tough heat against Lorena (Fica), so it's amazing to get this win and I dedicate this victory to everyone that's always been there for me and to all my friends, family and sponsors that have been cheering me on. I trained really hard during the summer and this result shows me that all the hard work paid off and gives me extra confidence for the other events coming up," completed Rosas. The Men's Final went down to the wire with Navarro edging out 17-year old Lucas Vicente (BRA) by a score of 12.10 to 12.05 respectively. Vicente got out to a fast start and concentrated on the lefthanders close to the jetty to throw air-after-air on his path to the Finals. Navarro however was stationed more towards the middle of the beach where he was able to find a steep left where he threw strong backside hacks for the win. "Today is extra special not only because of the win, but because it's also Easter Sunday so there's some more meaning behind it," Navarro said. "I lost my main sponsor in 2016 after eight years so I didn't really have the means to travel to far off QS events. But then I signed a deal with a company from my home state of Santa Catarina and on a surf trip to Indonesia, I met up with another childhood friend of mine who saw me surfing and told me that I needed to get back to competing on the QS and it seems like everything has been coming full circle this year," concluded Navarro. 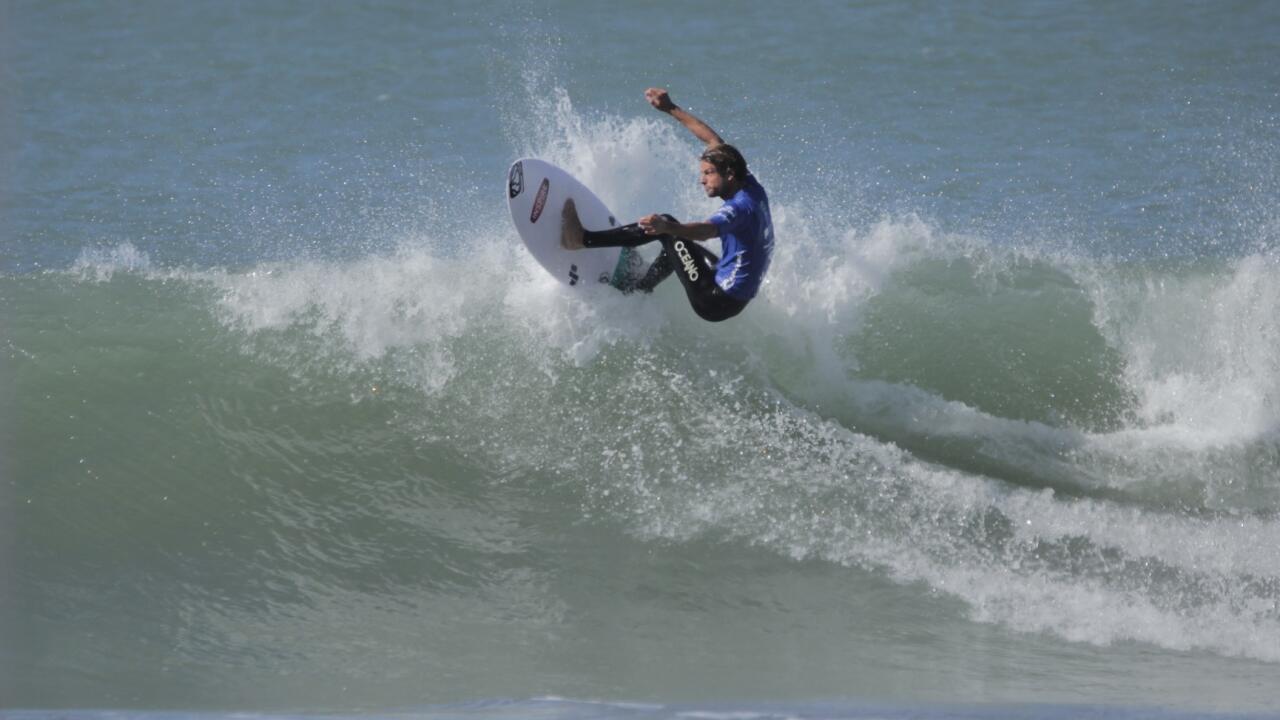 After the initial QS events in Fernando de Noronha, Brazil and Punta Hermosa, Peru, the Men's QS 1500 in Mar del Plata, Argentina has now rearranged the WSL South America regional rankings. Lucas Vicente now sits atop at number 1, while Navarro jumped from 100th to 2nd on the rankings. In the Women's division, being the first event of the calendar, Rosas is in 1st place, while Lorena Fica is in 2nd place. The next events will be held in Chile being the Heroes de Mayo Iquique Pro from May 20 - 26 followed by the Maui and Sons Arica Pro Tour from May 28 - June 2.