Bali's Lee Wilson is set to take the stage at his first Airborne event, the Red Bull Airborne Bali, which will be held during the upcoming Corona Bali Protected running May 13-25.

While Wilson has flashed moments of brilliance in a jersey, he'll be the first to tell you he's never quite wrapped his head around competition. And because of that, it's always brought out the worst in his surfing. Which is unfortunate, if only because Wilson is one of the best surfers in the world and would be a welcome addition to the Championship Tour.

Fortunately, the best surfers in the world recognize Wilson as one of their peers, which is why Airborne Competition Director Josh Kerr handpicked Wilson to compete at the Airborne Bali at Keramas, which also happens to be in Wilson's backyard.

Keramas might be the best wave in the world for airs, and while Wilson might not compete much anymore, this Airborne event, with its jam style format, is his competitive dream come true. 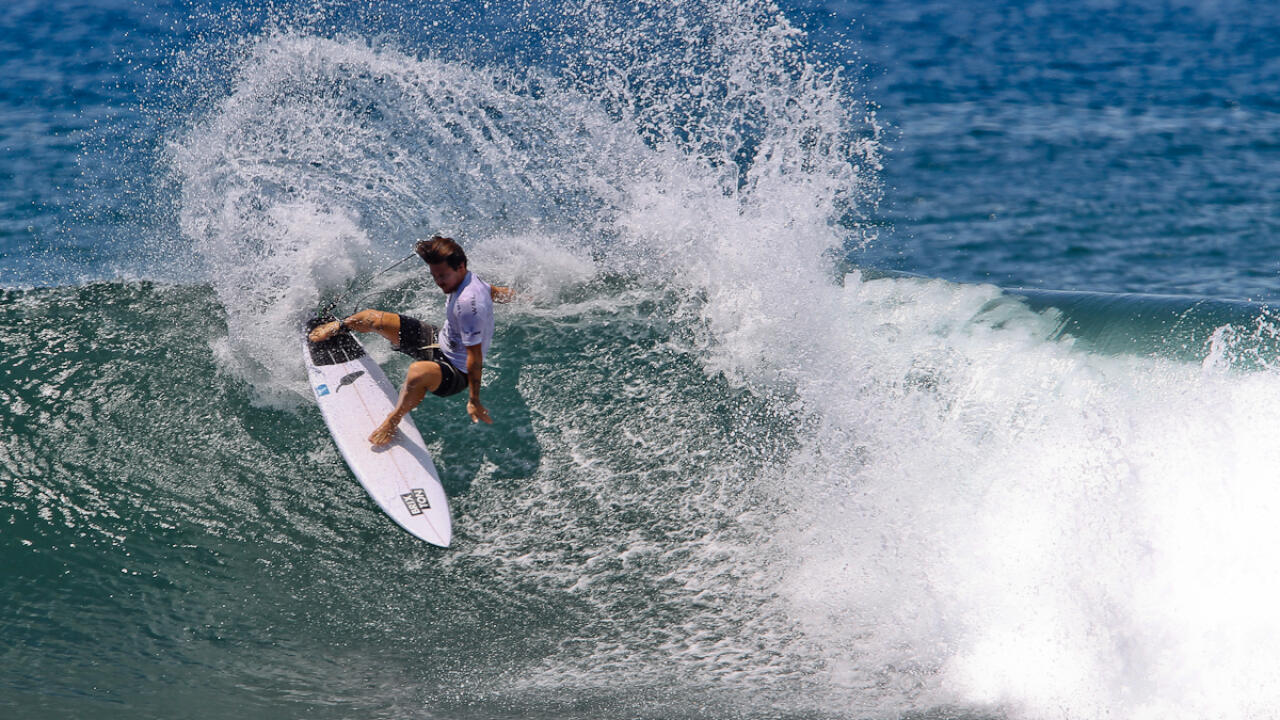 Lee Wilson laying into a gem at the 2017 Komune Bali Pro at Keramas. - WSL / Tim Hain

World Surf League: Congrats on the call up into the Airborne Bali.
Lee Wilson: Thanks man, I'm super stoked. I had actually just booked my ticket to America to stay with Dave Stoddard [from Brixton] during those exact dates and the next day Josh [Kerr] called me. I had to cancel my plans for America to stay home for the event, but that was all good.

So Kerr's call up was out of the blue?
Yeah, so random. I never would have imagined myself getting invited to a WSL sanctioned event. I was just thinking I'd go to America, do a trip to Mexico, have a little art show and hang with the boys at Brixton. But when this came up, obviously I couldn't say no. And my sponsors are super happy to see me get the opportunity.

When was the last time you competed?
The Padang cup last year. I do that one every year.

What are you most looking forward to about this event?
The fact I get to surf twice really excites me. That takes a lot of pressure off. That's cool. When it's immediate knockout, that's when I start getting anxious. I've always been bad at competing [laughs]. But when the format is like this, it completely eliminates competitive surfing, in my opinion. It becomes just going HAM instead. And that's exciting.

Whenever I have tried competing, I've always just gone for it. And that's been the reason I've always lost. If I get a section, I'm always going to go for something - I won't try three turns instead. And that's where I've failed my whole life. But, for this event, it's probably a good thing I've been trying that all my life [laughs].

Definitely. That's exactly what Kerr is encouraging and what this tour is for.
Yeah, it's really cool. And it seems really friendly, like nobody is heckling each other. I'm not exactly sure what all the rules are and how priority and all of that works, but either way it looks like a great environment to push air surfing.

What do you think about Keramas as an air wave?
I think Keramas is the best air wave in the world. It's not a wedge, it's a wall, so you can go really high and have a nice transition when you're coming down. At a wedge, you have to punt towards the beach, but at Keramas you can go high and really loft and also cover a lot of distance in the air. If it's 5-foot and light onshore … man, the sections and opportunity you can get out there are like nothing else. And it's pretty consistent.

While the Airborne stops at France and Gold Coast had some great waves and moments, it sounds like this might be the best one yet.
For sure. Especially with that wind coming into the face this time of year. That just compliments everything. It's exactly what you want to see.

Keramas goes from dead wind to light onshore before it blows out in the afternoon, which is basically the dream scenario for an air contest. What air do you think the wave is best suited for?
A big, lofty alley-oop. Keramas is basically made for them. Or just a big frontside indy, but landing perfectly in transition. You can get so much height out there, it's crazy. 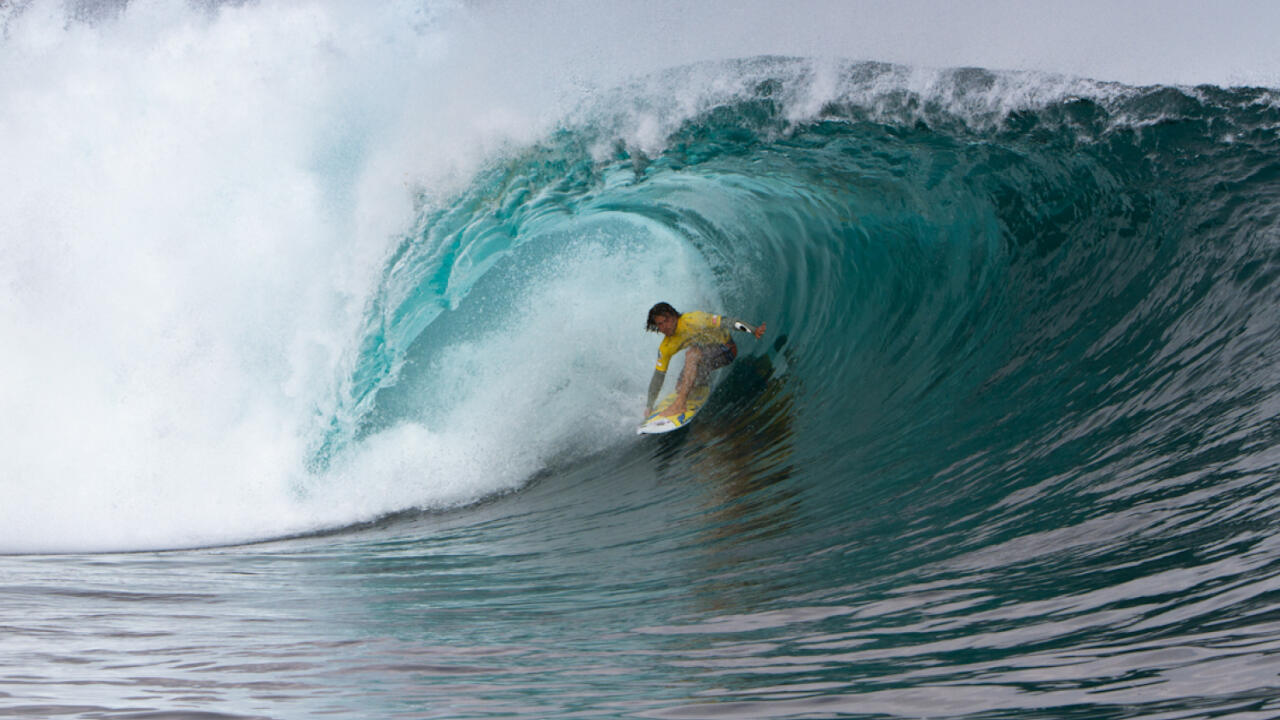 What's the best air you've seen done at Keramas?
The one John John did in his heat a few years ago was pretty nuts. That was just psycho. And I've seen Jay Davies do a really big 360 out there. But there's been so many. That's a really hard question. Jack Robinson was going really big just the other day. That's the thing, it's an easy wave to go big on, but landing is a whole other challenge. It's scary.

A ton of crazy individual performances and airs go down at Keramas every year. It will be really cool to see all the best air guys in the world pushing each other. We could see something special at this event.
We definitely will. And I think it'll be great energy, as well. It's gonna be really, really fun to be a part of.

What do you think about crowning a World Champion on an air tour? I know you haven't really competed much recently, but is that something you'd be excited about pursuing?
Given the opportunity, yes, for sure. My whole life, all I've dreamed of and all I've practiced, are my airs. I've lost so many heats where I could have won, but my ego just wouldn't let me. All I'd need is a few taps to get through but I'd go up and try the biggest alley-oop I could on the section instead, and fall. But in my head, I've always figured that one day there would be a format like this one and that I'd be accustomed to it ... at least that was my thinking.

I grew up watching skateboarding and snowboarding events and that's just what always inspired me. Big airs with the crowd and all of that adding to the energy. And that's why I kind of peeled away from the normal competition thing, because it wasn't all of that, and it was killing me. It just wasn't what I wanted to do. Honestly, I've always just wanted to try big airs [laughs]. So this is perfect.

Watch the Corona Bali Protected live May 13 - 25 on Worldsurfleague.com, App and Facebook.

Round 2 ran on Day 2 of the Komune Bali Pro presented by the Mad Hueys in pumping waves at Keramas, Bali - Indonesia

Keramas greeted surfers on Day 1 of the Komune Bali Pro presented by The Mad Hueys with great waves to begin Round 1.

Jack Freestone, Eric Geiselman, Kalani David, and Eli Hannaman punt the most impressive airs of the first 3 heats at Keramas.

The 16-year-old bags highest wave score of the day, with the Airborne squad completing the first 3 heats of the Qualifying Round.

From Oz to Indo to France, the 2019 Red Bull Airborne Series touches down in three of surfing's most recognized hotbeds.