Moderate winds and consistent sets in the 3 - 4 foot range (1+ meter) provided some of South America's latest rising starts with plenty of scoring opportunity on the first day of competition at the 2019 Oi Pro Junior Series. Daniela Rosas (PER) earned the highest scores of the day for the Women, while Matheus Herdy (BRA), the 2018 WSL World Pro Junior Champion, took to the air to guarantee his spot in the next round. 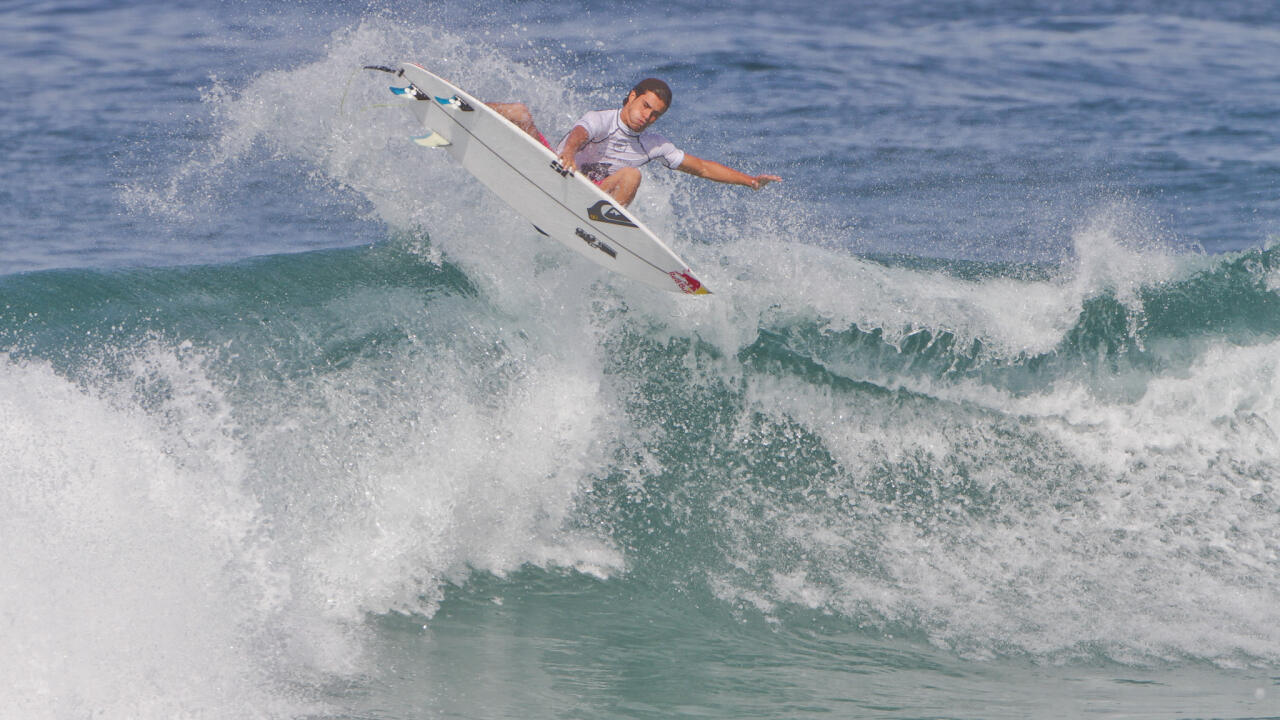 In Heat 2 of the day, Herdy didn't leave anything to chance in the tricky conditions and showed off his prowess in the air by landing a clean full rotation in the flats for a 7.50 from the judges. Despite being the defending world champion, Herdy was unable to register for the event by the entry deadline and will have to make his way through the competition without the benefits of seeding.

"I surfed my heat without any pressure. The waves are pretty fun and I wish the heat times were longer because I would have loved to spend some extra time in the water," declared Herdy, nephew of former CT-surfer Guilherme Herdy. "I decided to sign up for this contest in Brazil at the last minute because it helps keep my rhythm up for the next QS events, but I definitely came here to win. It's so great that Oi is putting on this series of events. It's something I always wished could happen, it's a shame this is my final year on the Junior Tour. But this is a great opportunity for my friends that are younger. Actually, it's great for everyone!" exclaimed Herdy. The talent-level of the latest crop of athletes in the Women's division is off the charts and is a promising sign that the future of surfing in South America is in good hands. WSL South America Pro Junior Champions Sol Aguirre (PER - 2017 and 2018) and Tainá Hinckel (BRA - 2016) advanced easily into the next round of competition.

"The waves are a little tricky today and I feel like I should have been more active in my heat, but everything worked out in the end and I'm happy that I made it through today," said Hinckel who is sponsored by Oi. "I love being in Rio and I just want to keep winning heats, surfing well and having fun. My goal this year is to try to compete at all the events in the Oi Pro Junior Series and qualify for the World Championship in Taiwan. But I also want to keep things light, surf to the best of my abilities and stay happy," concluded the young Brazilian. "To be honest, the waves were pretty hard to find in my heat, but luckily I got those two good ones because conditions are changing constantly," Rosas observed. "I'm going to do my best to win the regional title this year. I came close last year and I qualified for the event in Taiwan, but I ended up competing at the Pan-American Games which were held at the same time. But if I get the opportunity to qualify, I'll definitely go this time!"

In addition to the Oi Pro Junior Series, the Oi Longboard Pro is running in conjunction with the events in Rio de Janeiro and Maresias, São Paulo. With testy afternoon conditions, the Men took to the water at the shifty breaks at Barra da Tijuca for Round 1 of competition. Strong currents and brisk onshore winds made it difficult for the competitors, but the athletes that had the best wave-selections advanced into Round 2. World Longboard Tour Champions Phil Rajzman (BRA) and Piccolo Clemente (PER) are top seeds in the event and will surf tomorrow as will the Women's division led by local surfer Chloé Calmon (BRA).