Many of the World Surf League (WSL) Men's Qualifying Series (QS) packed up their bags and headed down from Virginia Beach to the famed stretch of coastline known as the Outer Banks in North Carolina to join the Women's QS contingent. The WRV Outer Banks Pro QS 1,000 pres. by Pacifico and Sanuk awaits with a promising forecast to start things off August 28 - September 1. A live broadcast will showcase the event around the world through www.WorldSurfLeague.com and the WSL App throughout the event window.

For the women, this marks their second-consecutive year in the Outer Banks with the event's return after nearly fourteen years away last season and an array of upcoming threats and QS veterans look to take home the win. 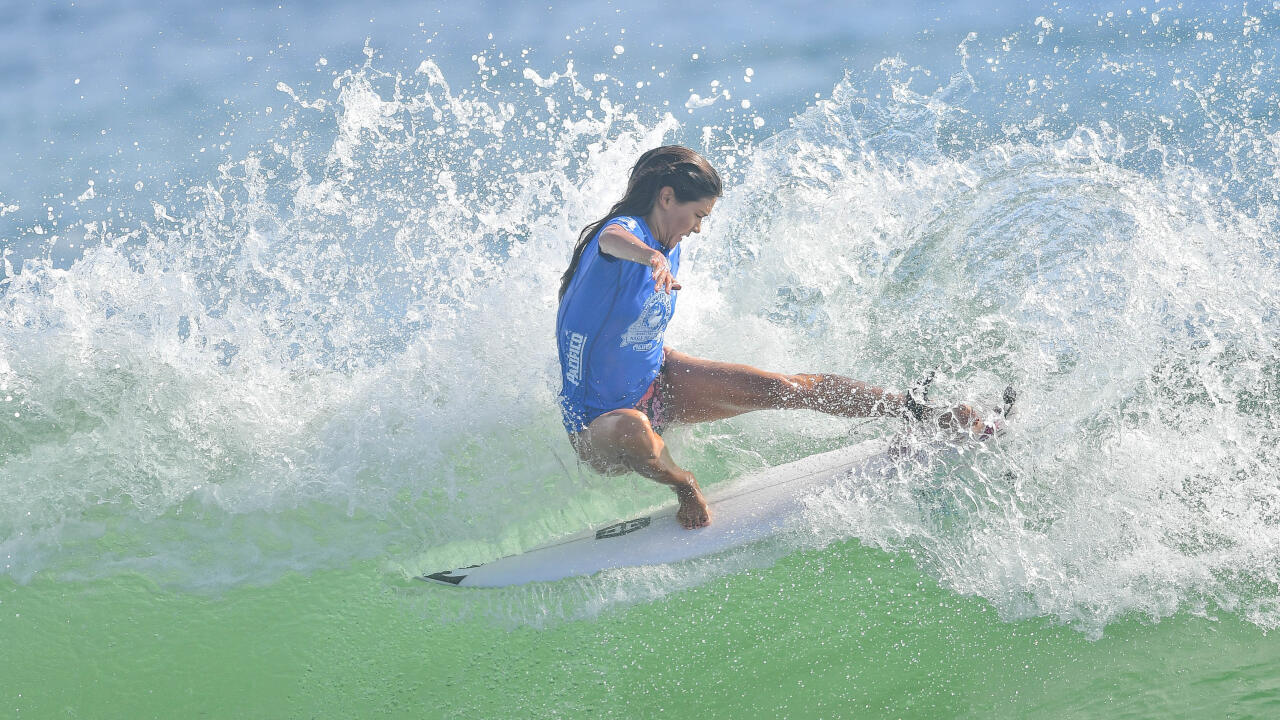 Hoffman's first OBX appearance was one she could relish upon both in and out of the water. - WSL / John Ferguson

The South African native paid her first visit to the East Coast last season in Florida and returned once again to Jennette's Pier for this event. Hoffman powered her way through tough conditions before earning a Semifinal appearance, falling to eventual winner Makena Burke, and is back to pick up where she left off. Currently sitting at No. 105, this event gives her a big opportunity to jump a few vital spots on the ranks to help build momentum toward the end of 2019.

"One of my favorite things when traveling is meeting new people and seeing new places, and everyone here on the East Coast is super friendly and helpful," Hoffman said. "The beaches are so beautiful as well and I just had to come back. I just love surfing and competing in general, and try not focus on my results. I always just try my best and have as much fun as possible so we'll see how that works out for me this year.." Zoe Benedetto already has one East Coast Final to her name in 2019, can she make it two? - WSL / John Ferguson

One of the up-and-coming East Coast threats Zoe Benedetto, who made her first WSL Final earlier this year at the Ron Jon Roxy Junior Pro, now she hopes to translate that to QS success. This marks just her third QS event and only her second outside of Florida with a promising career ahead. The now 14-year-old has the mentorship of former event winner, and fellow Floridian, Asher Nolan as he continues to surf the event while coaching a few of the 32 women in attendance.

"It's super exciting to be doing another QS on the East Coast, especially in Nags Head where I love the break," Benedetto said. "I's always been a great experience coming here. I love competing with great girls that push my surfing and it's fun when there's a good swell on the way. A big result would mean the world to me. I'm really trying to push myself this year to get the best results and most importantly improve my surfing, and gain experience." Brooke Daigneault's spent time in four different countries already in 2019 as she looks to find success among the QS. - WSL / Ryan Janssens

A handful of Californian talent are on hand including Brooke Daigneault, Abigail Dixon, Serena Nava and Ella McCaffray to pick up where Burke left off as the defending event winner won't be in attendance this time around. Daigneault, 26, currently sits just outside the Top 100 after traveling around the world in 2019 looking for results and is beginning to understand the process of what it takes to become a QS threat.

"I'm so stoked and grateful to be back out here on the East Coast again for this competition," Daigneault said. "We just have so much fun here and feel really comfortable with the laid back vibes even though the surf slacked until the end. It's turned into one of my favorite events and didn't want to miss it. I've learned so much this year already with how much traveling and competing I've done, but I think the main thing is just to focus on myself the best I can and not force anything."

On the men's side, Renan Peres Pulga is ready to defend his OBX title.