Last year marked the end of a 14-year-hiatus for Women's Qualifying Series (QS) contingent at the WRV Outer Banks Pro QS 1,000 presented by Sanuk as they battled in testy conditions, but this year Jennette's Pier continued to deliver from yesterday's swell and the women put on a brilliant showing in their debut. Up-and-coming QS threats made their presence known in Rounds 1 and 2 to earn Quarterfinal appearances for a shot at their first-ever QS title as none of the women in attendance have taken an event win.

From Pro Juniors to experienced QS competitors, a hefty finals day awaits the remaining eight competitors as they will vie for 1,000 points. The women's draw features numerous up-and-coming threats that are amid working their way through the competitive scene and Pro Junior talent Serena Nava showed she's adapting very well with two heat wins today. The 17-year-old's developing power will be something to note as she continues to grow and her forehand attack was on full display to earn an impressive 13.84 (out of a possible 10) heat total. This marks her first Quarterfinal appearance along with Ella McCaffray in a QS event and carries a lot of momentum into finals day.

"This is my first time here and just to make a few heats, something I haven't really done on the QS before, is great and my surfing feels really good right now," Nava said. "My coach and I have been working a lot in California so it's great to see it show in a heat. My turns feel stronger and my heat strategy is improving so I'm just really happy to see it all come together." Durden's backhand proved to be the difference maker in a big way. - WSL / John Ferguson

Also making her first Quarterfinals appearance, Kayla Durden found her rhythm in a WSL jersey and earned her long-awaited breakthrough. Durden is riding the momentum from a local victory and powered her way through Round 1 before showing that confidence in a solid Round 2 performance using her prominent backhand. Now she prepares for a first-career finals day on the QS level and will look for more of the same facing an in-form McCaffray.

"It was super fun out there and I feel like I had a bit of an advantage on my backhand while the other girls were on their forehands with a lot of rights coming in," Durden said. "I tried to showcase that differential and the waves just kept coming so it worked out really well. That win back home is actually the whole reason I surfed it because I knew I could get some heats in at home which put me in a great head space coming here."

Durden's fellow Floridian Zoe Benedetto also punched her ticket for a big Quarterfinals appearance after coming into this event as one to watch -- posting a solid 13.76 heat total along the way.

From Vans US Open Pro Junior to Outer Banks Success 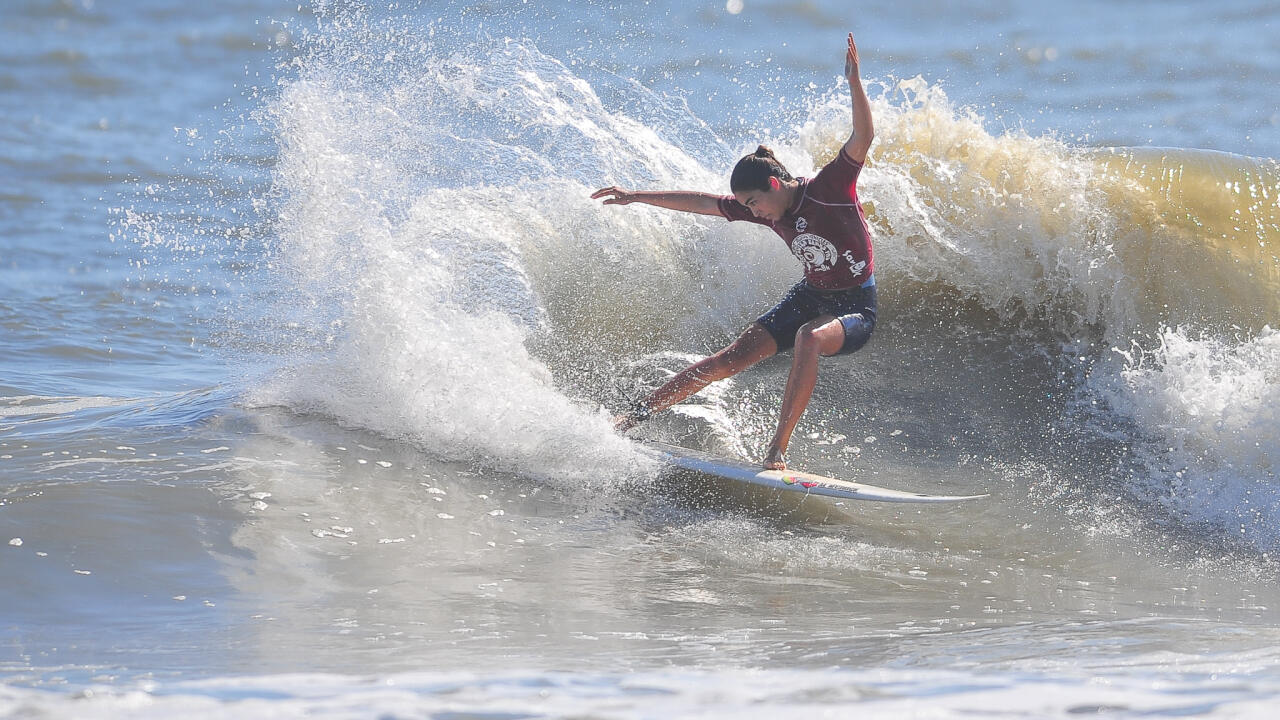 Sol Aguirre got some massive experience in Huntington Beach and is bringing that confidence to Jennette's Pier. - WSL / John Ferguson

Also into the Quarterfinals, a Hawaii duo including Luana Silva and Kailey Bogart join Barbados' Chelsea Roett along with Peru's Sol Aguirre to complete a solid international, and out-of-region, contingent. Aguirre comes in alongside Silva and Bogart as a Pro Junior talent and, after a Semifinal finish at the Vans US Open of Surfing Pro Junior as well as an appearance in the QS 10,000, has begun to show her potential. This is the Peruvian's first trip to the Outer Banks and was all smiles following a very successful debut.

"The waves are really fun and I'm just happy to make it to the Quarterfinals to keep going," Aguirre said. "I'm really just looking to have fun and looking for waves that will give me multiple maneuvers so I'm happy to find a few. The US Open was a really good experience to surf at that level and it was nice to go home to recharge for this one."

An 8:00am EDT call will determine a possible 8:30am EDT start to Quarterfinal action.