Long a hotbed of talent in the Indian Ocean, Reunion Island has produced the likes of Championship Tour surfers Jeremy Flores and Johanne Defay, as well as Qualifying Series journeyman Jorgann Couzinet.

St. Leu is one of the world's great left-handers that grows and just gets better and better as it bends around a corner in the reef. It was an idyllic location for the piratanical Rip Curl Search event. And with other quality reefs in the area, it's easy to see how somebody like Flores could get so comfortable at places like Pipe and Teahupoo.

After the end of the 2019 QS season, Couzinet, who finished the year ranked 15th, just missing out on graduating to the CT, returned home to recharge the batteries and temp fate at some of his favorite spots. Dropping a new edit called "Zion" on his YouTube channel, it's a rare opportunity to see what the surf scene in faraway Reunion is like these days.

Back in 2005, Mick Fanning won the Rip Curl Search contest in the pristine, reeling left-handers at St. Leu. The whole island was abuzz with activity when the circus came to town. The line up at St Leu on Reunion Island. - WSL / Aquashot

Having lost earlier in the contest, Andy Irons convinced his brother, Bruce, and Fred Patacchia to have a go at a heavy slab across the bay. Locals asserted it wasn't really a surf spot, and that even if it was, it was too dangerous to surf. Not just because of the razor-sharp reef mere inches below the surface, but because the spot was situated in a sea turtle breeding ground and the area's sharks feasted the turtles like they were Ruffles potato chips. 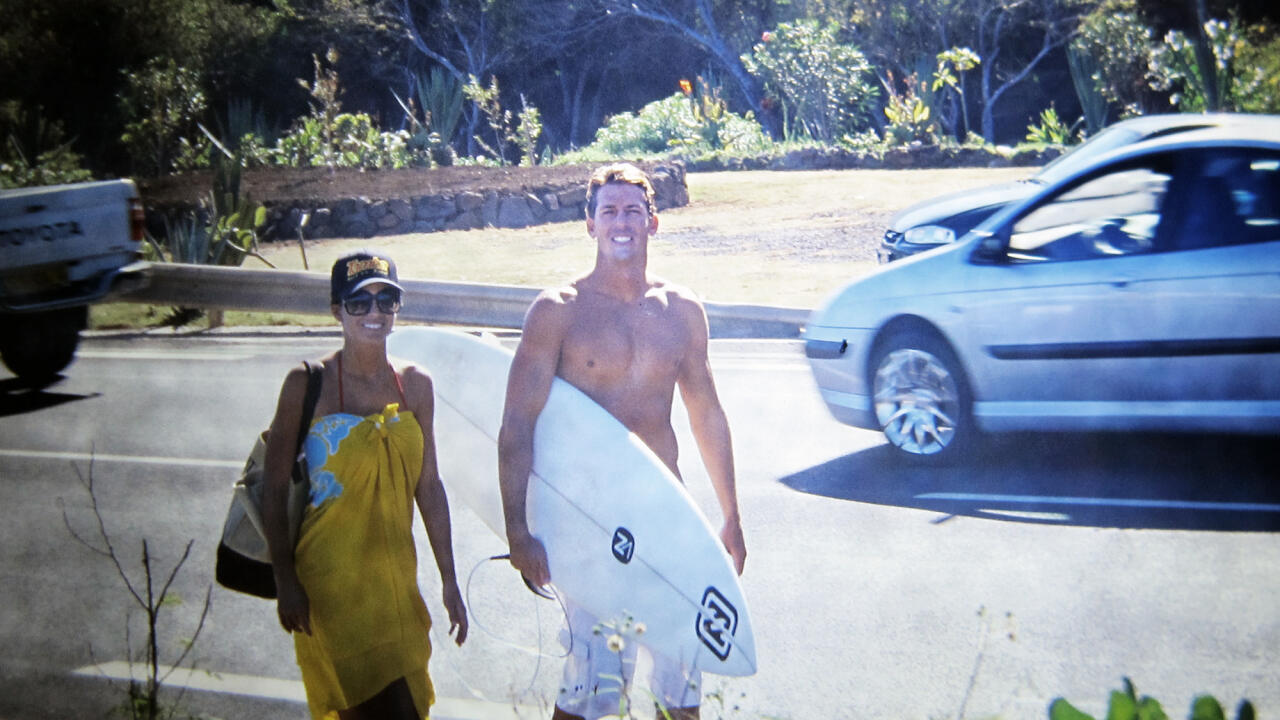 Freddy and Bruce didn't last long. Freddy broke his board and came in. Bruce lost his board, then lost interest. But Andy gave it a serious dig. Making what seemed like impossible drops into caving barrel sections, it was one of those A.I. moments where everyone had to just stand back and watch.

He came in from the session completely rattled. Every time a turtle popped up by him he swore it was a shark coming to munch him. It took a lot to rattle Irons, but he was definitely rattled after this one.

Sadly, the shark situation in Reunion has only gotten worse. Since 2011, there have been 24 attacks -- 11 of them fatal. The last reported attack came when a surfer died in May 2019.

There just isn't a lot of surf footage coming out of Reunion because there just aren't as many people surfing there, but also because the local government has put in place very strict restrictions about when and where people can surf. Most of the top surfers, like Flores, Defay and Couzinet, have taken up residence in France simply so they can surf and train more.

That being said, when the waves are going off and you are back in familiar waters after a long season on the road, sometimes a little risk is worth the reward.