In terms of picking a potential 2020 Pipe Master, we've already cast the net wide. We've covered the Pipe Masters in the field, and potential World Title contenders like John John Florence and Jordy Smith, but what about the underdogs? Those that, for a variety of reasons, haven't earned the reputation, or results, that their Pipe skills deserve.

Surfers like Yago Dora, Ryan Callinan, Caio Ibelli, Griffin Colapinto and Conner Coffin may not necessarily the first picks for any fantasy league, but all have what it takes to cause a major upset at Pipeline.

Dora has spent the last decade spending his North Shore winters holed up at the Volcom House, directly overlooking Pipeline. More hardcore apprenticeship than accommodation, he's earned respect at the Banzai the only way you can; by devoting his every waking hour when on the Rock to surfing Pipe. In competition, the results are starting to show his dedication. In his only two Pipe Masters he's made the Quarterfinals on both occasions. That it took Kelly Slater in 2018 and Italo Ferreira last year to take him down shows the level he is operating at. With the just slightest improvement that should come with more experience, he could easily go all the way.

Callinan can be considered in the Dora mold. An explosive goofy-footer with an incredible air game, he has nonetheless been impressing in freesurf sessions at Pipe over the last few years. His natural tuberiding ability saw him beat the stacked Hawaiian field in the Pipe Trials in 2018. Unlike Dora though, he hasn't logged a solid result in the main event. You sense one might be coming soon.

Ibelli is another one to watch. He made his intentions clear in his post heat interview when he announced he was hungry and looking to take down the big names.

While his performance last year was overshadowed by Gabriel Medina's intentional interference in their Round 3 matchup, he's made it to the round before the Quarters a couple of times. Having previously resided in Hawaii with his former partner, Alessa Quizon, he knows the lineup as well as anyone in the field. Backdoor may be his preference, but a breakout performance could come if a little luck goes his way at Pipe.

Colapinto is just 22 but has been packing nuggets at Pipeline for almost a decade. Such is his pedigree, he became the first Californian to win a Vans Triple Crown, when aged just 17. Last year his Semifinal finish was an indication of his level of comfortability at Pipe, even if he managed to progress through heats with a series of low heat totals.

Equally comfortable at Pipe and Backdoor, and with two CT seasons now under his boardshorts, it could be this year that Griff truly breaks into the elite bracket. A win at Pipe would sure be one way to fast track that process. 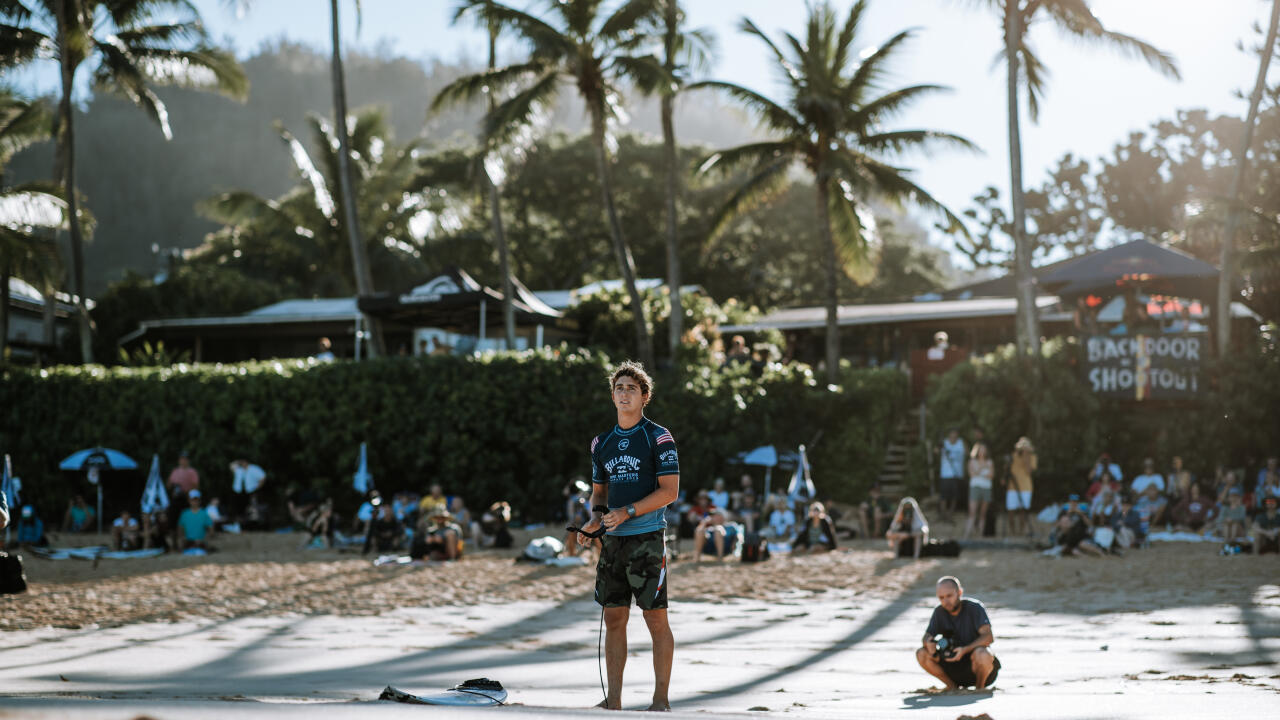 Colapinto has been rolling at Pipe this season and is well positioned to make a deep run at the Masters this year. - WSL / Ed Sloane

We will finish up with Coffin, who like the aforementioned underdogs, makes the grade for his combination of hours spent in the lineup, courage, and technical ability. That mix has made him one of the North Shore's freesurfing standouts each season.

In the Pipeline Masters he's been consistent, without ever cashing in properly on his affinity with the break. A Quarterfinal finish in 2018 remains his best effort in four attempts. Given his love affair with this stretch of sand and reef, surely that will be bettered soon.

Now the Pipe Masters hasn't exactly been characterized by underdog victories in its long history. However, if 2020 does feature an upset, it's these guys above that look to be in the best place to rattle the cage. He's got more than a forehand carve, Coffin is a threat to anyone at Pipe. - WSL / Ed Sloane