Pipeline had turned on for the trials, but the opening day of the Billabong Pipe Masters presented by Hydro Flask had a considerably more grindy edge to it -- after a year off, it was back to heat strategy, wave selection and persistence in the face of some challenging conditions.

Leonardo Fioravanti dug deep to take out Mikey Wright in their best-of-three surf-off, earning himself a full-time spot on tour in 2021. Then, after two heats of the main event, the wind swirled and things went on hold for an hour. After conditions cleaned up, the comp started rolling and here's how the first day of the 50th running of the Pipe Masters played out:

Trailing for most of his opening heat against rookie Matthew McGillivray and wildcard Miguel Tudela, the slower conditions meant a slower start than reigning World Champ Italo Ferreira probably would have liked. But a big backside rotation at Backdoor snapped him out of the malaise. Bagging a good wave at the buzzer, he aced the heat to move on.

"I'm ready, I'm so happy to be back in a jersey," said Ferreira afterwards." "We never know what's going to happen tomorrow and this is the feeling, just living the dream."

Ferreira Reminds Everyone Why He's The Champ In His Return To The Pipeline
1:16
2019 Champ Italo Ferreira won the offseason with his high-energy edits, and then brought that vibe to Hawaii for his opening heat.

Casual And Comfortable, Florence Looks More Dangerous Than Ever

If anybody has benefited from the Tour starting Hawaii this year it's John John Florence. On a day that left most competitors scraping for scores, it was just another day at the beach for the two-time World Champ. After spending pretty much all of his time on the North Shore over the last ten months, he appeared completely relaxed.

"I've had the whole year to prep and get ready," said Florence afterwards. "I feel super good."

With no World Title pressure and minimal noise to distract him, could this be the year that Florence finally wins his long-sought Pipe Masters crown? 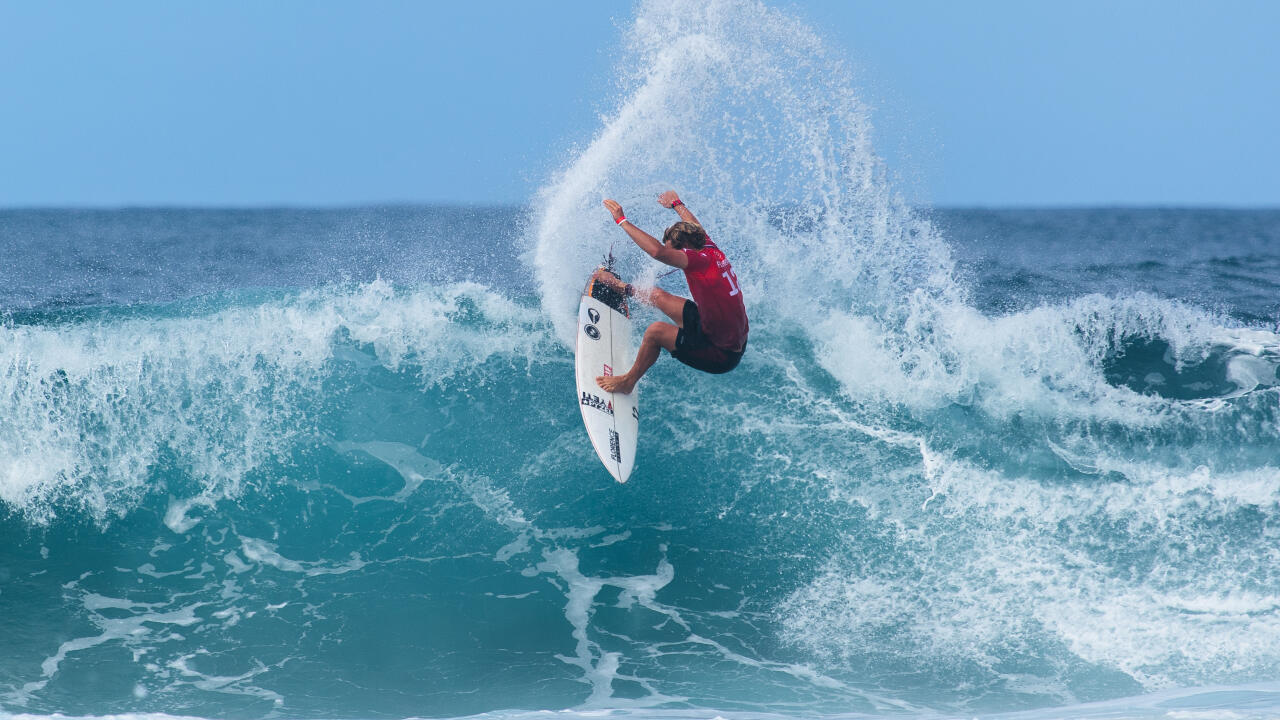 The GOAT Starts His Year Off On A Fish

Pulling an all black 5'6" twin-fin out of the rack, Kelly Slater paddled out for his 28th Pipe Masters. And while the heat was relatively slow and uneventful, putting all those decades of experience to good use, he breezed through the heat without breaking a sweat. The board was different to anything any other competitor was riding. And maybe that was the point.

"A little tip of the cap to Dane Kealoha riding twin-fins at Backdoor back in the day," explained Slater. "I'm just always trying to look for something different in design."

It worth nothing, Slater hasn't ridden a wave at Pipe since last February and only showed up in Hawaii two days ago. So, what does this mean for that illusive 12th World Title this year?

"I would not be surprised to see Kelly go on a full barn burner start to the year," surmised Shane Dorian on the webcast.

On paper, there's no way Josh Moniz should take out Gabriel Medina and Adriano de Souza at Pipe, but Moniz has been straight on fire the last 24 hours. After tallying a 19-point Final yesterday to win the Pipe Invitational and earn a spot into the main event, he kept the roll going as he went to work against the two Brazilian champs.

Historically, Medina tends to have a bit of a slow start at the beginning of the year, and De Souza's kicking off his final year on Tour, so maybe it shouldn't come as a huge surprise that the local star was able to get the jump on them. Either way it doesn't diminish the accomplishment. After all, Medina does win 70-percent of his heats at Pipe, the highest winning percentage of any active surfer on Tour today.

Two World Champions Were Not Enough To Stop Local Boy Josh Moniz
0:58
Josh Moniz won the Pipe trials, and then walked right into the lion's den with a heat against two World Champs in the main event.

Fioravanti Takes The Surf Off, Returns To Tour Full-Time

Yesterday, in pumping Pipe conditions Leo Fioravanti and Mikey Wright won one heat apiece in their best-of-three surf-off to decide who got the full-time injury replacement wildcard for the 2021 season. With the conclusion coming at the start of the day today, Wright opened up with a savvy seven-point ride, putting the Italian in a corner. But true to his fighting form, Fioravanti battled back.

"The whole year, this is what I've prepared for. And getting to this point, 30-minute heats three times, I knew it was going to battle against Mikey…and it was," said Fioravanti when it was finally over.

Fioravanti then had to surf in the second heat of the main event, which didn't go as well as he found himself relegated to the Elimination Round. But back on Tour for the next year, big things are surely ahead for him. Leonardo Fioravanti has secured a full-time spot on the CT after a hard-fought battle against Mikey Wright. - WSL / Brent Bielmann