2021 will go down in the Championship Tour history books as a season unlike any other. Barreling into the great unknown during pandemic times, running a globe-trotting series of events with the eventual goal of crowning a pair of legit World Champs presented some monumental hurdles. In light of all the behind-the-scenes drama, the world's best surfers were able to steady themselves and continue chasing their dreams.

And now, with only two stops left in Mexico and Tahiti, the Rip Curl WSL Finals are looming large on the horizon. The race for the WSL Final 5 is tightening, and with Gabriel Medina and Carissa Moore both already punching their tickets to Lowers, the stakes in these next couple of comps couldn't be higher.

While we enjoy a brief break in the CT action courtesy surfing's Olympic debut, here's how we got here: 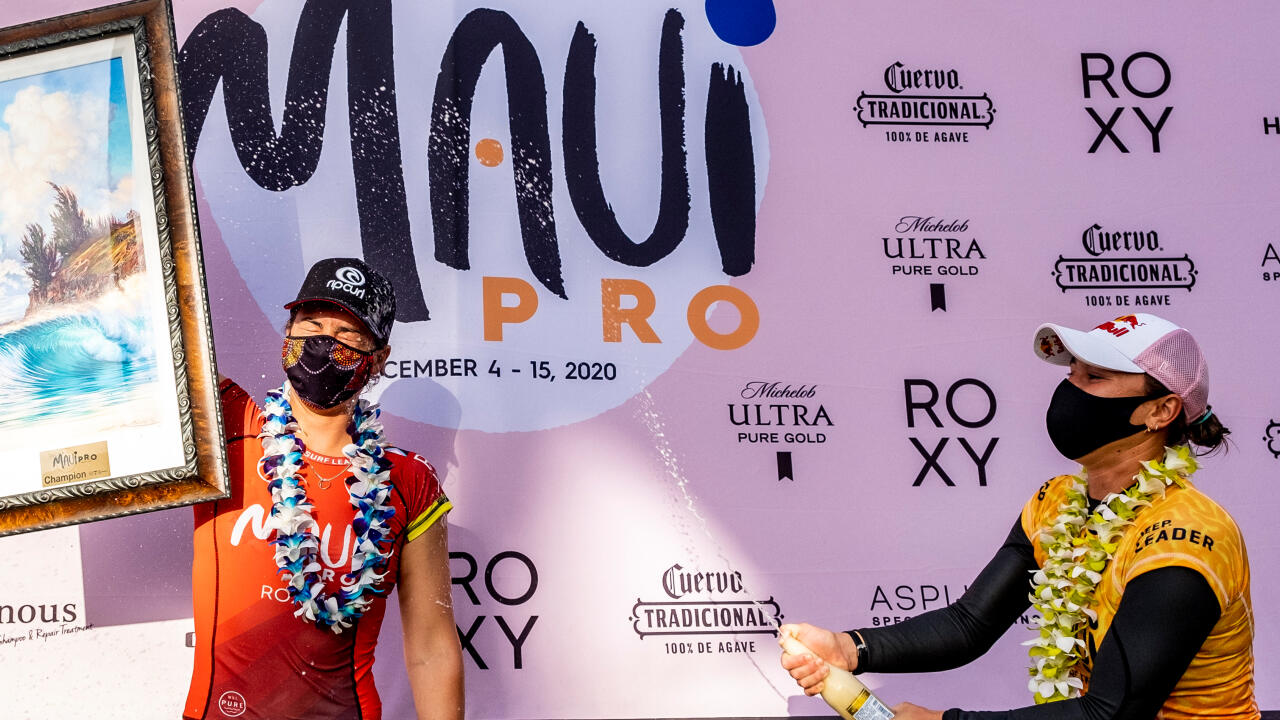 Still in the midst of the covid crisis, with events on Oahu and Maui, the start of the 2021 Championship Tour presented a unique set of challenges to say the least. Then, just after things looked like they were going to go relatively smoothly, a tragic shark attack at Honolua Bay rocked the Island surf community.

The women were eventually relocated, which ultimately made for some important, barrier-breaking history as Tyler Wright won the first-ever women's CT event at Pipe in a hard-fought Final against Carissa Moore.

"It's the biggest event on the Championship Tour, and I've grown up watching my heroes surf the Pipe Masters and win world titles here, so this is one of my important achievements," Florence explained afterwards.

And like that, the stage was set for a season unlike any other.

Carissa Takes To The Sky

The 2021 was always going to be about contingency plans, and when the decision was made to call off events at Sunset and Santa Cruz due to health and safety concerns, all eyes turned to Australia. Through a lot of hard work, four events were lined up -- two in New South Wales and two in Western Australia. A private plane was chartered from L.A. to Sydney and the bulk of the CT surfers spent two weeks in quarantine before being released into the wild.

Then, in the first event of the mega Australia leg, Moore uncorked a huge air reverse that reverberated around the world. It was quickly dubbed the best air by a female in competition, a claim that is hard to refute.

From there, Moore was virtually unstoppable in Oz. She won the Rip Curl Newcastle Cup presented by Corona and finished third in the other three events. By the time she locked in her runner-up result at the Jeep Surf Ranch Pro presented by Adobe she'd clinched her spot in the Rip Curl WSL Finals.

After his win at Pipe, Florence suffered a couple shocker heats against rookie Morgan Cibilic, but clicked into form when the Tour moved west to Margaret River, one of his favorite locations.

After posting a ten-point ride in his opening round, Florence appeared to be the man to beat. But then, in the Round of 16, he suffered an injury to his left knee.

"I was able to surf the rest of my heat, just kind of feeling it out, but I knew something was off," he said.

This sent Florence back home for another surgery and more rehab. Finally back in the water, he appears intent to pulling on the Olympic jersey later this summer.

By the time Medina won the Rip Curl Rottnest Search presented by Corona it was pretty clear to everyone that he's the front-runner for the 2021 World Title. The man has only missed one Final all year, a flukey mishap at Margaret River, but he's otherwise been on a complete rampage.

Traveling with his wife and coach Andy King in Australia, Medina appeared to be a new man. He repeatedly talked about how much fun he was having and how much he was enjoying his surfing ... and as they say, the best surfer is the one having the most fun. Toledo And Defay Not To Be Denied At Surf Ranch

While Moore and Medina have enjoyed much of the spotlight this season for obvious reasons, the grit and determination of Johanne Defay and Filipe Toledo was on full display at the Surf Ranch.

Both surfers had been in the WSL Final 5 conversation based on their solid performances in Australia, where Toledo won an event and Defay made a Final, but it was at the Surf Ranch where they really proved they're serious Title contenders. Both look like they're on a good trajectory to make the Rip Curl WSL Finals at Lowers, and if they do, watch out. Both are going for their first World Titles, and given the form they're in, they have to be making Moore and Medina nervous.