Championship Tour athletes are either already in Mexico or en route, with the opening of the waiting period for the Corona Open Mexico presented by Quiksilver just days away.

This is one of the two events left in the regular Championship Tour season, which means one of two opportunities to push for the WSL Final Five -- the athletes who will compete for a World Title at Trestles in the first-ever Rip Curl WSL Finals.

Time To Go To Work For World Title Hopefuls

There are athletes such as Gabriel Medina, Italo Ferreira, Carissa Moore and others whose spot in the WSL Final Five is looking very solid, if not guaranteed. But there are still plenty of contenders who could bust into the bubble with good results at Barra de la Cruz, or at the next event, the Outerknown Tahiti Pro.

The likes of Caroline Marks, Kanoa Igarashi, Conner Coffin and Tyler Wright are just some of the names not currently in the WSL Final Five, but who could easily break in with a solid finish. 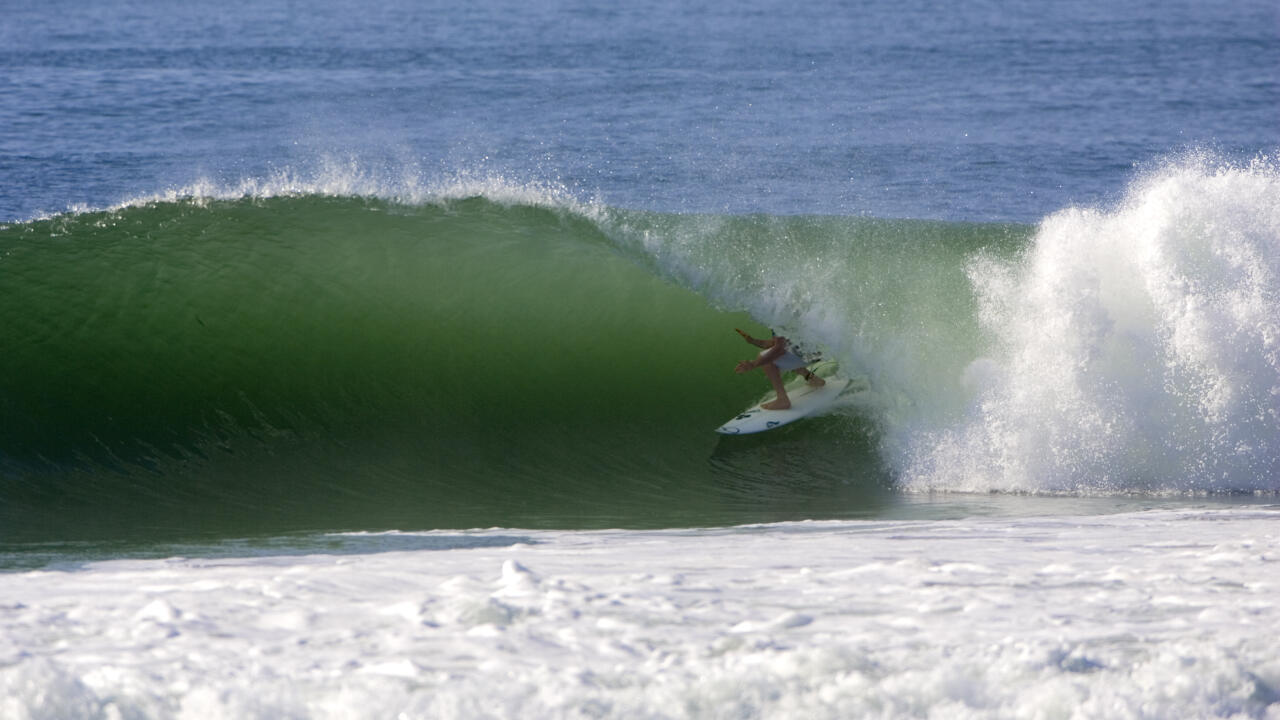 The last time a CT event ran at Barra de la Cruz in 2006, the waves got about as good as they get - WSL / Sean Rowland

Then there are some athletes already in the WSL Final Five, whose grip isn't as tight as they might like; they need good results in Mexico or Tahiti to keep the dream alive. For example, seven-time World Champion and currently fifth-ranked surfer Stephanie Gilmore will want to sure up her place at Barra.

Considering it's a right-hand point break though -- a wave Gilmore is almost synonymous with -- expect to see her let loose.

Athletes Getting The Reps In

Some Championship Tour surfers such as Wade Carmichael have already been in Mexico a while, enjoying the pumping waves, while others are making their way to the event now.

Caio Ibelli was scoring some warm up sessions, getting used to the warm water and ultra-fun sand-bottomed waves .

This is the first right-hand point on Tour this year, and considering in the past there have been three -- Snapper, Bells and J-Bay -- it will be a welcome format for the athletes getting ready to compete. The last time a CT ran at Barra de la Cruz, in 2006, it provided some of the best waves ever seen for an event.

Right now, there are athletes on the Tour who would have been groms when that event went down, and they'll be hoping history is about to repeat itself.

Several Wildcard and Injury replacement slots have been confirmed, including some Olympians who are carrying on the fun from Tokyo. A full list can be found here, but perhaps the most exciting news is that the first two women from Mexico to ever compete on the Championship Tour will be in the draw for the Corona Open Mexico presented by Quiksilver.

Shelby Detmers won the Trials event, while Regina Pioli was the runner-up. They'll both be facing off against the best surfers in the world, at one of the best sand-bottomed points anywhere on the planet. Unfortunately Jordy Smith is one of the athletes who had to withdraw from the event. This week he reflected on the epic session at home in South Africa which preceded the injury, which also prevented him from representing his country at the Olympic Games.

Hopefully Smith will be back sooner rather later, but until he is, at least he can relive these epic local tubes. Does it get better than scoring perfect waves at your home break?

The waiting period for the Corona Open Mexico presented by Quiksilver begins on August 10. Stay tuned!